This is the second edition of the Schwab Show featuring FAU Athletics personalities. 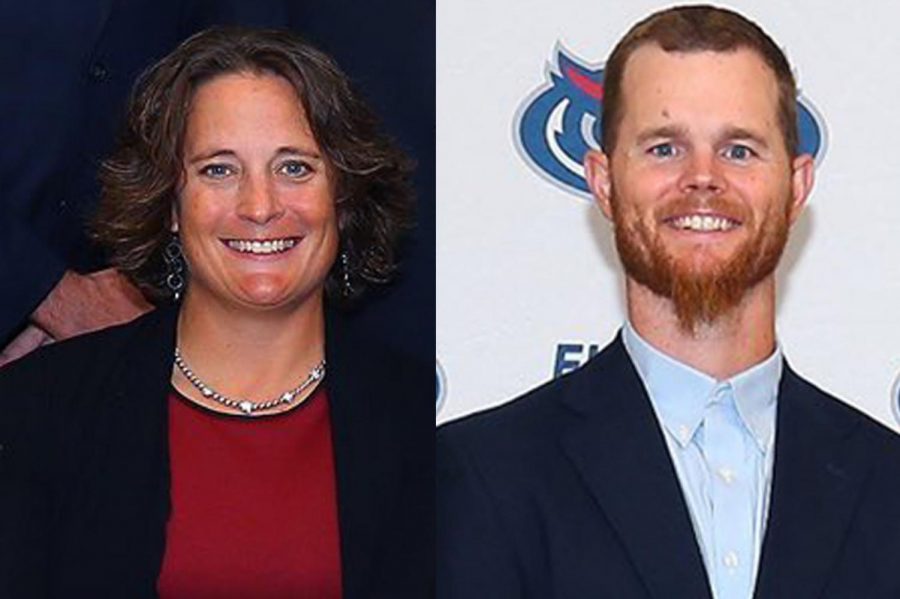 Chris Sutcliffe and Rusty Smith battled it out in the final round but the former softball player prevailed. Photo courtesy of FAU Athletics.

2019 FAU Softball Hall of Famer Chris Sutcliffe shut out fellow inductee Rusty Smith in the final round to win the second Stump the Schwab: 2019 FAU Hall of Fame Edition, hosted by the FAU MBA Association.

Howie Schwab, former host of the ESPN trivia game of the same name, virtually hosted FAU Baseball Hall of Famer Jeff Fiorentino, FAU Football Hall of Famers Alfred Morris and Smith and Sutcliffe in a three-round trivia competition that was live on Facebook and the FAU Athletics website.

Sutcliffe took the lead in the Around the Horn Challenge, having eight points in the first round. Smith and Fiorentino tied with six points while Morris had five points, respectively.

The second round consisted of traditional trivia-style questions, coming from the four categories of World Series, college football champions, FAU Football, and softball.

Sutcliffe again won that round, answering all three softball questions to advance to the final round. While Morris finished last with seven points, Smith and Fiorentino remained tied with eight points each, so they had to answer a tiebreaker question that involved naming 16 countries who advanced to the knockout rounds in the 2018 FIFA World Cup. Smith correctly answered Brazil, while Fiorentino incorrectly answered China, therefore having Smith advance to the final round alongside Sutcliffe.

The final round between Sutcliffe and Smith had two questions, but they had to get as many correct answers as possible, with the first incorrect answer stopping their turn.

Smith went next, having to name 15 different pitchers who won the MLB Cy Young award since 1997. Smith incorrectly answered Zack Greinke as his first answer, therefore resulting in Sutcliffe becoming the second winner of Stump the Schwab.