FAU softball players not surprised with the loss of their season

After C-USA suspended play for the rest of the season, senior softball players reflected on not completing their final season and how coronavirus has impacted them. 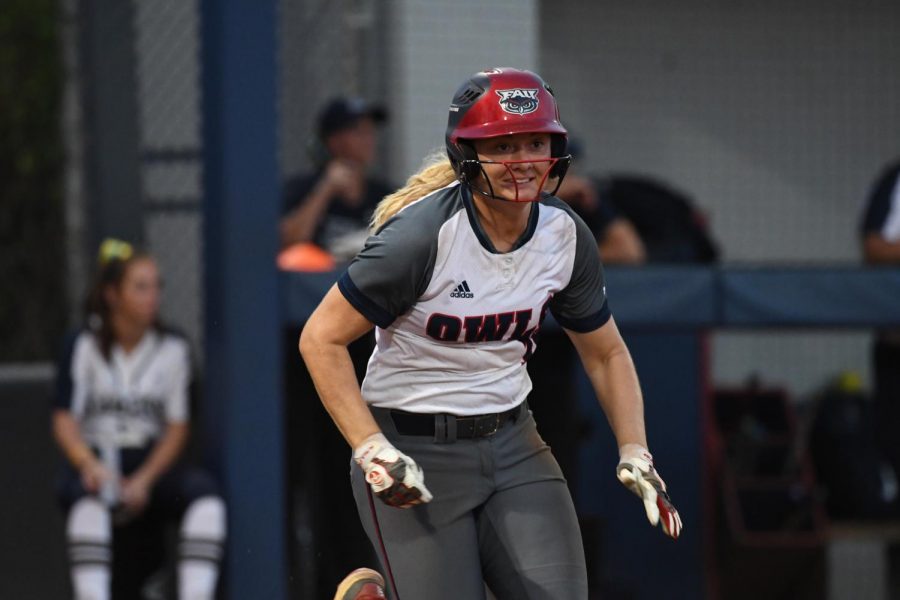 The family of Fayth Davis, a junior outfielder on FAU’s softball team, owns a pizza shop in St. Augustine. With restaurants pivoting to delivery and take-out only, the Davis’ restaurant took a hit.

“[My parents] have found ways to stay open and deliver to customers, but it’s very challenging,” Davis said. “A lot of restaurants are suffering as well, so I hope all of those affected by this virus physically, mentally, and financially are finding ways to keep moving forward.”

That’s just one way Davis has been affected. She and her teammates had their seasons upended on March 12, when Conference USA canceled all sporting events for the remainder of the season due to the coronavirus. As a result, some of the players won’t get the chance to finish their softball career — but they say canceling the season was the right choice.

The season being canceled didn’t come as a surprise, players said.

“When I initially heard about the epidemic, I, like most of the general public, did not realize that it would progress so quickly into a pandemic,” says Jolie Duffner, a senior infielder. “As more information became available, governing organizations like the NCAA had to take action to reduce the spread of the virus.”

“I understand that public health is the responsibility of every citizen,” Duffner said.“While it is tough for athletes to miss out on practices and competitions, it is more important to reduce the effects of this pervasive virus.”

Davis, who was third on the team in RBI with eight, was disappointed, yet supported the decision.

“In the end, I am disappointed that I got my season taken from me but people are dying from this horrible virus,” said Davis. “The realization that this pandemic is bigger than any softball game and we all need to stay healthy to be able to play next year.”

This news came just 22 games into the Owls’ 50 game season, causing concern for some seniors. But on March 30, the NCAA granted them another year of eligibility.

“I want to thank the NCAA for doing their very best to give back to the seniors who have had their season end abruptly,” says Sami Williams, a senior outfielder. “The NCAA has given seniors an opportunity to finish on a high note and it is truly appreciated.”

Williams says she is undecided on whether or not she will take the extra year of eligibility, and Duffner says that this is the end of the road for her FAU softball career.

The effects of the virus extend off the field for the softball team as well, as many of the players have concerns about the virus.

While Davis’ parents’ shop struggles, Williams is trying to find some positives during this time.

“I get the time now to take a step back to spend time with my family and relax, as much as we can with everything going on,” she said, “I feel for the friends and families of those who have lost their lives to this scary disease. I’m hoping that people will take this seriously in order to protect themselves and others.”

Duffner has been using this as a time to reaffirm her passion for her future career in the health industry, as she prepares to enter the next stage of her life.

“The threat of coronavirus has further strengthened my appreciation for all emergency responders, health care professionals, and other individuals that are providing our communities with essential services,” she said. “It has reaffirmed my desire to pursue a career in medicine and join the forces of healthcare providers that work to keep communities safe at all times, especially when facing threats like that posed by COVID-19.”