Coronavirus Columns: My first Passover during a pandemic

Celebrating Passover while the coronavirus raged outside of our house was strange, but it brought my family closer together. 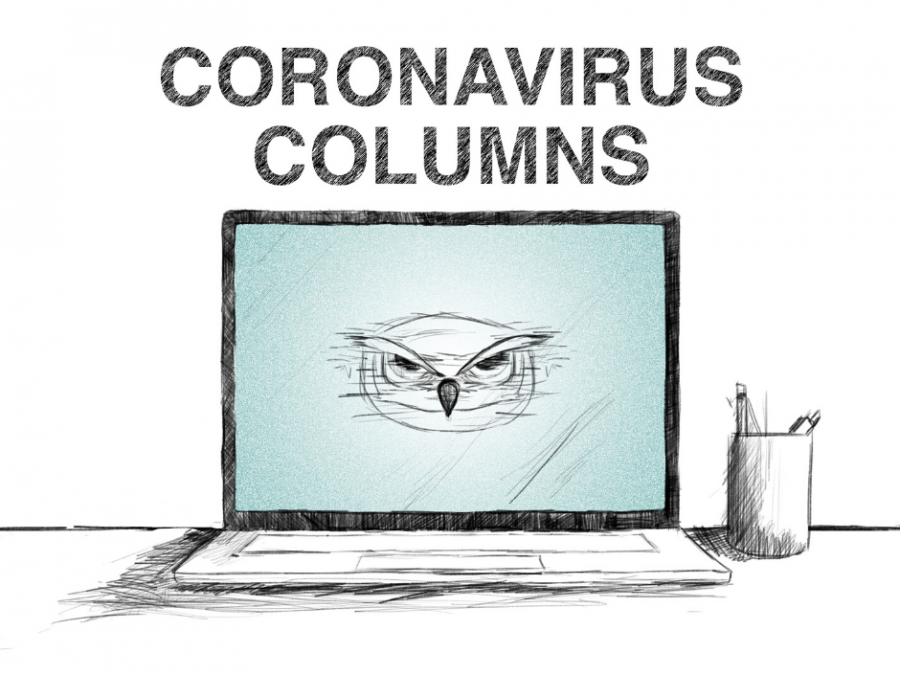 This is an installment of our Coronavirus Columns series, where students, staff and alumni can submit columns about how they’ve been affected by coronavirus. Submit yours to [email protected].

This year, my family did our Passover dinner a day late because of food shortages.

When my dad went to go get the traditional brisket on Wednesday afternoon at Publix, there was only one — and it was massive for the five of us and it cost $48. He found one the next day at another store.

I woke up Thursday morning and the first thing my dad did was give me some of the lamb meat that he had taken off the bone for the Seder plate. He ended up cooking all day to prepare dinner, as well as setting the kitchen table with china and a tablecloth, the first to grace that table in a while.

Later in the afternoon, my godfather came to spend the rest of the day with us. No one in the house was dressed up — we were all just happy to be together in this crisis.

Passover is a Jewish holiday celebrating the Israelites’ freedom from Egypt, where they were slaves. The titular “Passover” was the tenth plague cast upon Egypt, in which any household with a door not marked with fresh blood of a lamb would cause that household’s firstborn son to die. The doors marked with blood would be passed over.

On the Seder plate were some matzah, which is unleavened bread, a lamb bone to represent the sacrifice of a lamb on the eve of the exodus of Egypt, a cooked egg to represent the triumph of life over death, and the charoset, which is used to symbolize both the mortar the Jews used in the creation of the pyramids and to remind us to remember the sweet taste of freedom in the most bitter moments.

We made jokes about how much horseradish, which represented the bitterness of slavery, sucked. Then the conversation turned to how much the virus sucked more. My parents and my godfather are currently out of work due to the virus. My dad and my godfather work at the nearby theme parks and my mom is a professional stage manager. None of them are essential workers.

But my dad dipped a bunch of parsley in the saltwater and ate it all in one bite. We laughed for a solid five minutes. Then I ate a whole bunch of parsley and saltwater because, with a pandemic going on, we really need to believe in growth through despair.

The next tradition was the four questions, which is usually done by a child asking an elder about why we do the things we do during Passover. Still coming off the heels of having too much parsley, we asked the questions more lighthearted than usual — especially since one of the questions is why we eat many vegetables on most nights, while on this night, we only eat bitter herbs. In all honesty, we don’t eat vegetables on other nights.

The question, “Why is tonight different than other nights?” struck a chord with us because it wasn’t so different from other nights. We’ve been inside for a month. It made us really appreciate that we at least could be together and that I, personally, could be with my family instead of alone in my dorm room three hours away.

My mom pulled out a big file of papers about Passover from my late grandfather that he had sent to us in 2004. The first paper was a letter from him that read, “This is one man’s attempt to put into writing how he perceives the Passover.” My grandfather wasn’t Jewish, but I found it sweet that he had taken the time to learn about an important holiday that he knew affected his Jewish daughter-in-law and grandchildren.

My family had lived the closest to him and visited him often, and it made me think about how if he were still here, we wouldn’t have been able to see him for many months due to the virus.

The food was amazing. Later, we played a trivia game in which we made many more “horseradish sucks” jokes. My godfather left earlier than he would have due to the curfew installed because of the coronavirus, so we ended up only playing two rounds.

All of the fun we had did not change the oddness that surrounded the whole event. Despite the pandemic, we were still able to connect with each other in a celebration of life.

Marcy Wilder is the web editor for the University Press. For information regarding this or other stories, email [email protected].