This is the Owls’ ninth loss C-USA play, with one more game left to go. 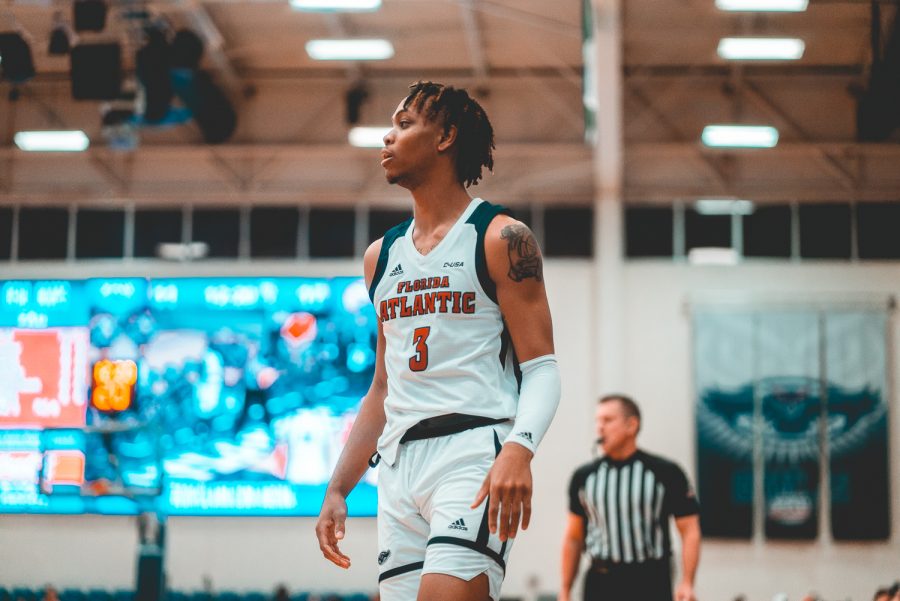 In their third game of bonus play, the FAU Owls lost Sunday afternoon in a hard fought match in overtime to Old Dominion, 85-80.

Jailyn Ingram was the best performing player on the team as he came off the bench, scoring 19 points for the Owls. Cornelius Taylor had a balanced game, finishing with 11 points, six assists and five rebounds while Michael Forrest and Aleksandar Zecevic both scoring 10 points each.

The first half marked a series of ups and downs for FAU. Defense became the issue to start the game as they conceded a 16-5 run to Old Dominion in the first five minutes of the game.

After making two three-pointers in a row to cut the deficit to five, the Owls suffered a scoring drought that lasted for five minutes that involved plenty of missed opportunities for Old Dominion to finish the game early. Luckily for the Owls, they managed to stay competitive with the help of Ingram, who scored seven consecutive points to keep the game close to end the first half.

The Owls became efficient on both sides of the court during the second half as they took the lead 50-49 for the first time in the game nine minutes into the half. After weathering the Old Dominion offense, the Owls were able to make crucial defensive plays down the stretch, forcing an overtime as they were tied up 68 apiece.

Despite their efforts, the Owls could not keep up with Old Dominion as they got outscored in overtime 17-12, preventing the Owls from capitalizing on the chances they had, eventually resulting in Old Dominion winning in an otherwise competitive game.

The Owls had one of their better shooting days throughout the game, going 50 percent from the field while being 33 percent from three. The deciding factor in the game was free throws. The Owls attempted only seven free throws, making five of them while Old Dominion made 20 out of 26, giving them the edge over the Owls in that category. Rebounding also played a role as Old Dominion outplayed the Owls on the glass 40-29.

This win for Old Dominion is their eighth win in C-USA play as their player of the game, guard Malik Curry, led the team with 29 points and six assists.

FAU (16-14, 8-9 C-USA) will play their last game of bonus play on the road as they face Marshall this Wednesday, March 4 at 7 p.m. in what will be the final game of the regular season.