This is the Owls’ first win in the C-USA first round since 2016. 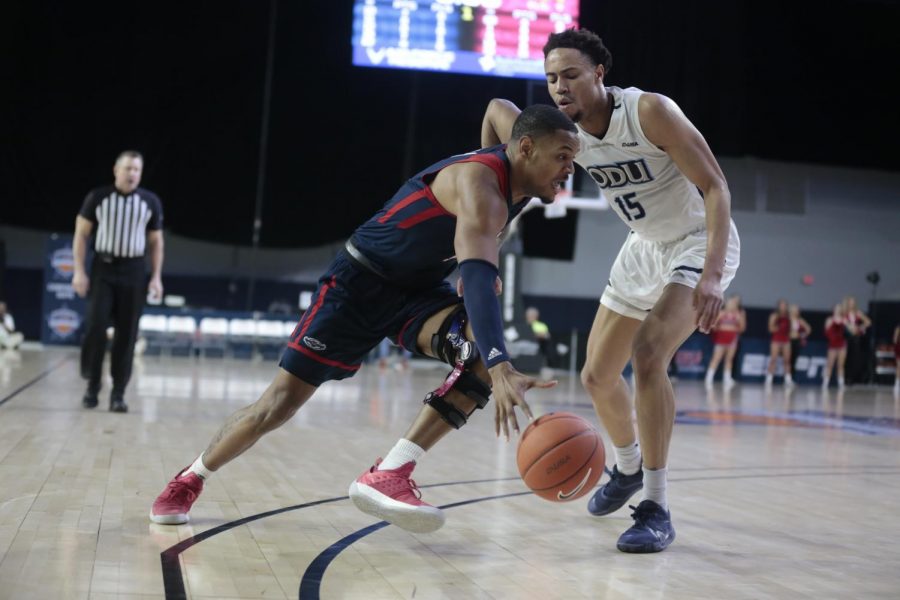 In the first round of the C-USA Tournament, the Owls advanced to the quarterfinals after beating Old Dominion, 66-56. This is FAU’s first win in the first round since 2016, when they beat UTSA, 82-58.

Jailyn Ingram led the way for the Owls as he finished the game with 22 points, seven rebounds and two steals. Richardson Maitre had an accurate shooting night as he made five three-pointers, resulting in him producing 21 points for the Owls. Michael Forrest came off the bench scoring six points despite limited offensive outputs from the Owls outside of Ingram and Maitre.

The first half started off as a defensive stalemate for both teams as they combined for only six points in the first four minutes. The Owls would not get their offense going until Jailyn Ingram knocked down three consecutive three-pointers to start off an 11-3 run with seven minutes into the game. The Owls were unable to keep up the defense as Old Dominion went on a 24-15 run to end the half tied at 32 apiece.

Both teams played with balanced offenses and tight defenses as they understood the stakes of what was their opportunity to take. The score remained at a deadlock until the Owls went on a 18-6 run to seal the deal against Old Dominion.

With the loss, Old Dominion bowed out of the first round for the first time in their C-USA history as their best performing player was Xavier Green, who produced 15 points, three rebounds and two assists.