With the win, FAU has won the season series over FIU. 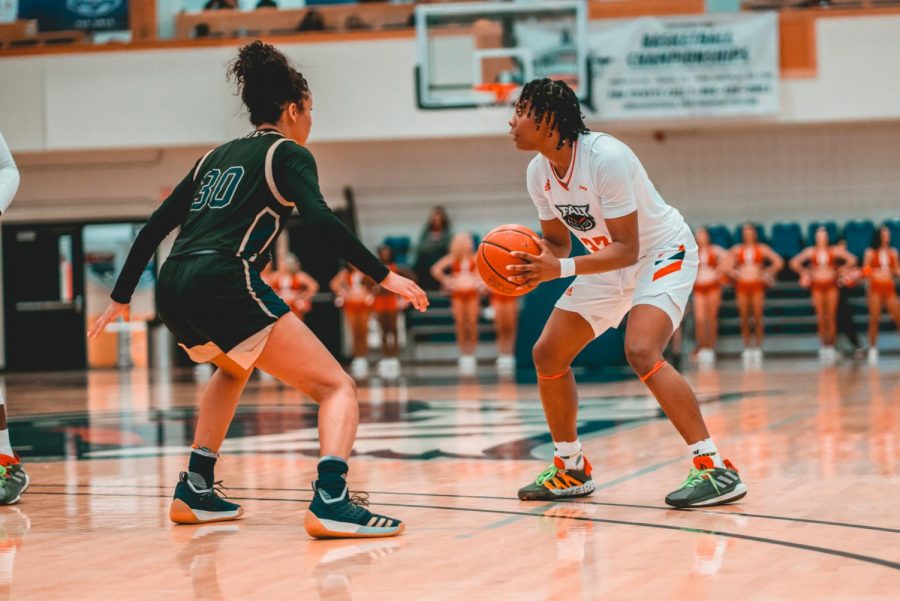 Freshman guard Tanyia Gordon had a breakout game scoring 26 points in the win against FIU. Photo by: Alex Liscio.

This was the second time these two teams have faced off this season with the Owls also taking the victory in their Feb. 8 meeting.

In the first start of her career, freshman guard Tanyia Gordon dropped a career-high 26 points to go along with five rebounds and two steals. In the first quarter, Gordon came out the gate firing as she finished the quarter with 11 of the Owls’ 19 points.

FAU’s defense proved to be the real problem for FIU though as the Panthers turned the ball over nine times in the quarter including a span of seven turnovers in four minutes. The Owls then went on a 13 point run to end the quarter.

The second quarter was more of the same as Gordon continued torching the defense, finishing the quarter with 20 points. On the other hand, FIU struggled to get into the flow of their offense as they committed seven turnovers in the quarter.

The game devolved into a defensive standstill in the third quarter as both teams shot a combined 4-26 from the field with the Panthers not recording their first made field goal until 25 seconds left in the quarter. The Owls had their own offensive struggles as they turned the ball over six times.

FIU mounted a slight comeback in the fourth quarter as they outscored the Owls 13-6 while also forcing 12 turnovers and scoring 10 points off of those turnovers. But FAU did just enough to keep the game out of reach for the Panthers. Guard Crystal Primm, leading scorer on the season at 15.6 points per game, recorded a near double-double with 10 points and nine rebounds.

The Owls led by as many as 23 points and held FIU to 23 percent shooting from the field to finish the game.

FAU currently has the ninth-best record overall in Conference USA at 12-13 as well as possessing a 6-8 record in conference play.

The Owls will finish up their four-game homestand on Saturday against the Western Kentucky Hilltoppers at 2 p.m.

Trey Avant is a contributing writer for the University Press. For information regarding this or other stories, email [email protected] or tweet him @TreyAvant3.