The eSports Arena was expected to open last October — but it’s been delayed until March because of a delayed inspection from the fire department and “wiring issues,” according to the Student Union director. 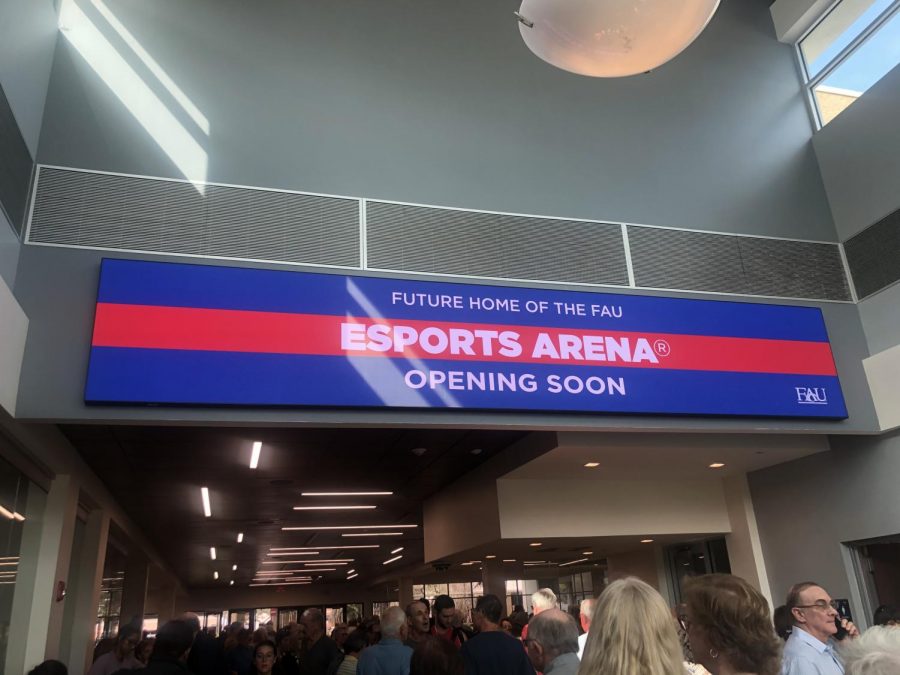 The eSports Arena is now expected to open in March. Photo by Kristen Grau

One year after the Burrow Bar and Grill was closed and construction began in the Student Union, students still have yet to access the highly-anticipated eSports Arena.

According to Student Union Director Michael Cooper, that’s because of “wiring issues” and a delayed approval from the city’s Fire Marshal. The arena is currently slated for an opening sometime in March, Cooper said. He estimated that the arena is around 90 percent complete.

Approval from the city’s fire marshal was not received until December, pushing the opening back, Cooper said. Currently, wiring issues are what’s keeping the arena closed.

“I want to get it open as soon as possible,” he said. “Like any construction project, you can set the best goal and hope for the best, but there’s always something that’s going to come in your way and delay it a little bit.”

The New U website states all of these amenities were estimated to be completed by October 2019.

Cooper said students will be charged $4 per hour of gaming. They will be able to purchase hours in bulks of either $35 for 10 hours or $18.75 for five hours. He added that FAU will potentially begin sales prior to the opening of the arena, offering a discounted rate of 10-15 percent off.

Despite the delays, Cooper maintains high hopes for the eSports Arena. It will boast 40 PCs and six consoles, he said. The arena will also include pool tables and ping pong tables to cater to non-gamers.

Cooper said he has been in contact with FAU’s eSports Club about the progress. He said members of the club “very understanding.”

Sophomore and former eSports committee member Darlington Igwenagu said the Student Union staff has pushed back the opening of the arena several times. Initially, the eSports Club was told that it would open in January. Most recently, they were told next month, he said.

“We have no idea, [Cooper] says in a month, but it could be next year,” Igwenagu said.

The club has faced several obstacles as a result of the delay in the opening of the arena. This includes a smaller gaming space and difficulty networking to bring in new members.

Currently, those who wish to play video games in the Student Union must make use of the TVs and consoles on the second floor. It is a limited space surrounded by other students.

“I don’t mind being up here but at the same time, us being up here also disrupts them,” Igwenagu said. “I know we can control ourselves, but it’s still hard.”

“It’s hard because we’re members of an official team and it feels like even we haven’t got much,” Inthapanya, a computer science and computer engineering major, said.

Maniscalchi said that since the club does not have an official meeting place, it is difficult to tell those that are interested in joining where they are at. Often, it is up to members to take initiative and seek out people to join, he said.

“They’ve been stuck upstairs and downstairs for the longest time,” Cooper said. “They’re going to have a good space they can go to.”

Currently, the eSports Arena is envisioned as a casual gaming facility, according to Cooper. However, that may change over time.

“We’re going to start with casual gaming then we go more into the true eSports Arena with varsity teams,” he said. “Then ultimately you go into a stoplight, a degree program with eSports.”

Cooper said the arena might soon hold a competitive event with the Overwatch team, Florida Mayhem.

“We’re looking to host a tournament probably in the April timeframe with them, so that’s coming down the road,” he said.

Cooper stated there is a lot of local interest in the arena. He has been contacted by local schools and the Boca Raton Tribune for more information and access to the arena. Tournaments and access for the general public will come in the near future, but he said FAU students are the number one priority.

“We make sure the students are happy first, that’s my main goal,” he said.

Katie Pistarelli is a contributing writer for the University Press. For more information regarding this or other stories, email [email protected]