Rose de la Espriella served six years in the Air Force. The FAU graduate teaching assistant was also a trans woman who died by suicide on campus in November. 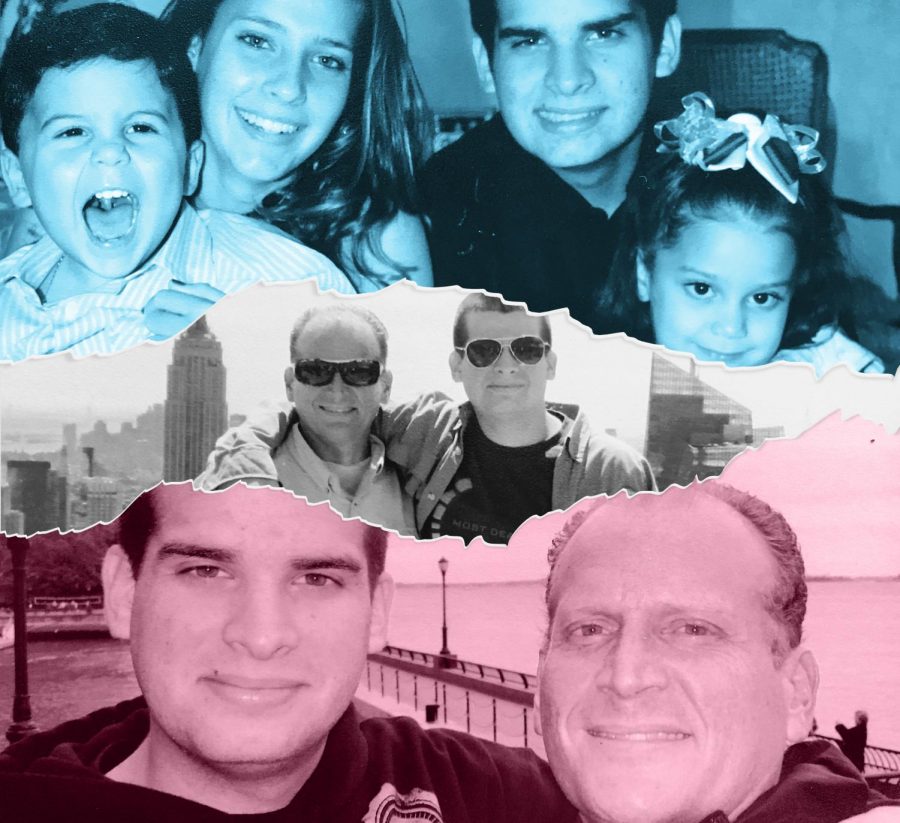 Like many other veterans, she returned home with post-traumatic stress disorder (PTSD). She also realized she was a trans woman while she served. These factors can take a huge toll on someone’s mental health — and they did for her, according to de la Espriella’s loved ones.

De la Espriella, a graduate teaching assistant at FAU who was also known as Ricardo, died by suicide on campus in November at 28 years old. According to police reports, Rose left a suicide note in her car that day. The report says that some of the reasons she decided to end her life included “being ashamed of the body they lived in, being unable to materially/financially support themselves, unstable psyche, and the physical pain they felt.”

Rose, who was born in Panama, was both trans and a veteran. Experts on those groups say that being even one of those things can be associated with mental health challenges. But being both of those things can make it worse, they say, because of a circumstance called complex trauma.
Serving six years
Lilianne de la Espriella, Rose’s sister, said Rose had suffered from PTSD. Many veterans experience either that, depression, or both. According to the US Department of Veteran Affairs, somewhere from 11 to 20 percent of veterans experience PTSD, depending on their service era.

Rose’s long-distance online girlfriend Sybilla often talked to her about her Air Force tenure. She said she served mainly in Korea and Turkey. (Sybilla preferred the University Press use that pseudonym for her because she is trans and hasn’t come out to many people yet.)

Lilianne said Rose, at one point, was excited to join the Air Force. “She wanted to do something different and wanted to have a career and discipline,” Lilianne said. “She just seemed really passionate about it.”

But over the course of her years serving, that changed. When she came back, she became critical of the military institution as a whole.

“[Rose thought] it sucked because of the emphasis the military puts on control of certain places in the world, and in the meantime, those resources can be used to improve the lives of others,” Lilianne said.

It was a “practically black world that made no moral sense to her,” Sybilla added.

The transition from military life to college can be challenging. The college experience can be hard for veterans because of a new environment, financial difficulties and mental health stigma, says Joshua Ramirez, president of Veteran Owls.

Ramirez said he struggled with building connections when he got to college from the Army.

“I tended to isolate myself when I first started school,” he said. “You get from the parking lot to your class; class to your car. And then you go back home to wherever you want to go. You don’t really stay on campus.”

That’s why Ramirez wanted to join and lead Veteran Owls: to make sure others can have that support system as soon as they come to college. He said some veterans that visit the center are reluctant to seek counseling. However, he thinks it’s worth it.

“There’s a stigma in the military if you go to seek mental help. Maybe [veterans] are afraid to be looked at as weak, but I don’t think that’s the case,” he said. “Personally, I think if you’re able to say that something’s wrong, and be looking to get help on it, that’s not weak. That’s strength, if anything.”
A difficult transition
Rose eventually moved back to South Florida in 2018 after serving in the Air Force. But instead of dealing with battles overseas, she started battling with her transition process.

In class and in the history department where she taught, she was still known as Ricardo.

“Most of those who knew Rose knew them as Ricardo,” said FAU history department chair Ben Lowe. “For me, Rose was Ricardo and that was how he referred to himself to me and my colleagues.”

Lilianne wasn’t sure if Rose was completely OK with being called Ricardo at work — or even why she chose to do so. But letting people choose what to call her spoke to how she wanted to make everyone comfortable, she said.

“I think it was important to her to be called ‘she’ and ‘Rose,’ but she was such an accepting and loving person that I feel she didn’t want to make anybody do anything they didn’t want to do,” Lilianne said.

There’s a slew of mental and physical challenges that are unique to trans people — especially trans women, said Jacquelyn Jamason, a licensed mental health counselor for Compass Gay and Lesbian Community Center in Lake Worth.

Lucas O’Ryan, the transgender youth coordinator for Compass, says that trans women also face higher rates of violence than trans men or other LGBT people do.

“If a trans woman does have surgery and they’re intimate with a man and he finds out they used to be a man or they’re trans, there’s often a violent response to that,” O’Ryan said, “because [they say] ‘Oh my God, I just had sex with a man,’ or ‘You tricked me,’ and it becomes an issue. And not everybody wants to always tell everyone they are this whole part of themselves — that’s very personal to them, and it’s fragile.”

According to the Human Rights Campaign (HRC), there were 117 reported murders of trans women in the US from 2015 to 2019, though there could be more that go unreported. One in three transgender youths attempted suicide in 2019, research from the LGBT advocacy organization, The Trevor Project, shows.

Rose was 28 when she started hormone reversal therapy. When people start taking hormones after puberty, it makes it harder for them to “pass,” or be perceived as the gender they identify as. Generally, Jamason said, it’s easier for trans men to pass than it is for trans women — putting that extra burden on trans women’s lives.

Though undergoing hormone therapy can be helpful for trans people in the long run, starting it can be difficult on someone’s mental health, O’Ryan said.

“It’s kind of like going through a second puberty and you have to learn how to handle your emotions,” he said.

It’s important for trans people to develop a support system because there are many people outside of friends and family who won’t accept them, both O’Ryan and Jamason said. Employers might discriminate against them, doctors might refuse to treat them and parents might kick them out. But a positive support system is crucial, they said.

“I would say that if somebody has a support system that they need, that they’re way less likely to commit suicide or even think about it,” O’Ryan said. “Even people that have support, though, it’s still hard because you’re the opposite gender, trying to live in society.”

Lilianne and her mother were both accepting and supportive of Rose’s transition, Lilianne said, but Rose wasn’t always open about the extent of her struggles.

“She was kind of going through one of those ‘I need space’ times … We were afraid because of the suicide rate being so high with trans people,” she said. Her and her mom thought: “OK, you need your space, but at the same time, you know, we want you to not take your space because we don’t want you to hurt yourself.”

Helping Rose through a process they hadn’t experienced before was difficult, Lilianne said.

“When she came out, she felt a lot better. And we’re like, ‘OK, awesome.’ This is a really good first step,” she said. “And, you know, just like anything else in life, getting over depression and trying to be mentally healthy … the growth isn’t linear.”
It’s complex
Rose’s struggles with trauma from the Air Force and her gender identity might have fallen into the category of complex trauma.

Complex trauma, Jamason said, is “when traumas are layered on top of each other.”

According to Psychology Today, consequences of complex trauma can include self-destructiveness, hopelessness, despair, a chronic sense of guilt and more.

Lilianne said Rose didn’t have just one reason she struggled with her mental health — it was the combination of many things: physical injuries, PTSD, depression, and dissatisfaction with her gender.

Sybilla said one of the ways Rose coped with her trauma was through writing short stories, and saw aspects of her life embedded into her stories.

One story, called “Trauma Response,” takes place in an augmented reality prison. There, guards would use virtual reality headsets to send shocks to prisoners for misbehaving.

The story mentions Lowren, a newly-released prisoner who is adjusting to everyday life. Lowren is electrically shocked throughout the story — and at the time of her release, she’s “still fighting her way through cobwebs of time and memory.”

“Her home became a mausoleum of animal plushies, and she decorated her AR environment like a brightly colored savannah. Foxes filled her desk, in drawings, pencil cases, computer accessories. The Archemidies Networks owl presided over her bed, observing her with its enormous, yellow eyes. Her minifridge was filled to the brim with chocolate pudding, fudge, vanilla frosting and nutrition packs. The only things she could really stomach anymore. Lowren, when not working, would curl up in her bed and stare longingly at pictures of the ancient deserts and grasslands. She would run her hands compulsively over her moon-and-stars patterned bedding, and a cold shot of comforting fear would cut through her.”

Kristen Grau is the editor-in-chief of the University Press. For information regarding this or other stories, email [email protected] or tweet her @_kristengrau.