It was the fourth time the band has performed for Trump. 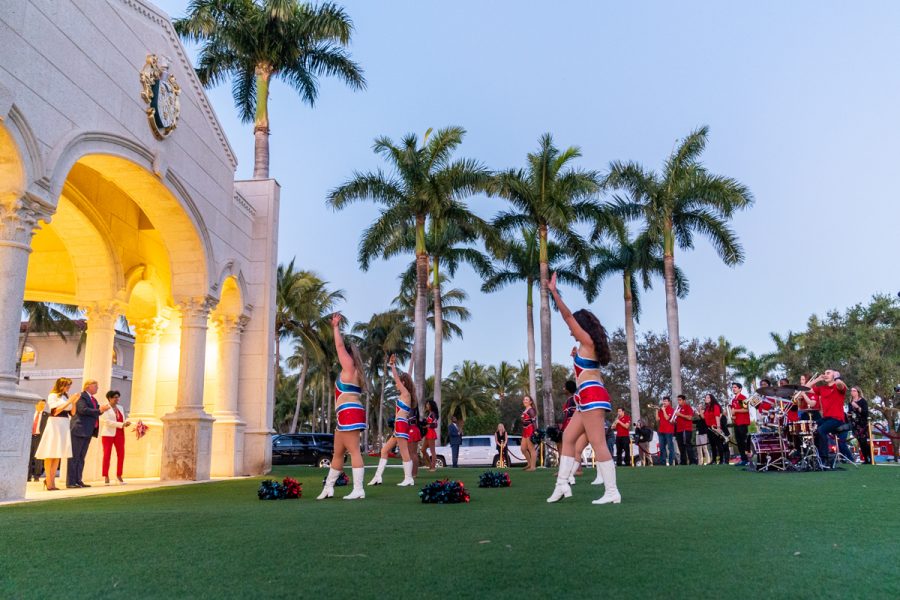 “The venue told us what they’d like and we didn’t know the president would be there,” said Marc Decker, FAU’s director of athletic bands. “They told us it might happen, but we didn’t know.”

The band is currently in its offseason, and most of their events happen in Fall. So there were 35 out of 95 members who volunteered to play and in attendance were woodwinds, brass, drums, twirlers, and Colorguard.

“We’ve been doing the same event for the last several years and so they emailed me to see if we were available. And I checked with the students to see if they were interested and available as well,” he added.

They performed “Everybody’s Everything” by Carlos Santana and “Born To Be Wild” by Steppenwolf in front of Trump and other guests. The music was chosen from their current catalog and event organizers helped pick the songs.

“I made sure that they would cover our bussing expenses and feed the students. And then once everything was in order, I agreed to do it,” Decker said.

This is the fourth time the band has performed for Trump and the Mar-a-Lago event organizers first reached out in 2015, the University Press previously reported.

Israel Fontoura is the managing editor of the University Press. For information regarding this or other stories, email [email protected] or tweet him @israelofontoura.