This is the Owls’ seventh loss of the season and their second in conference play. 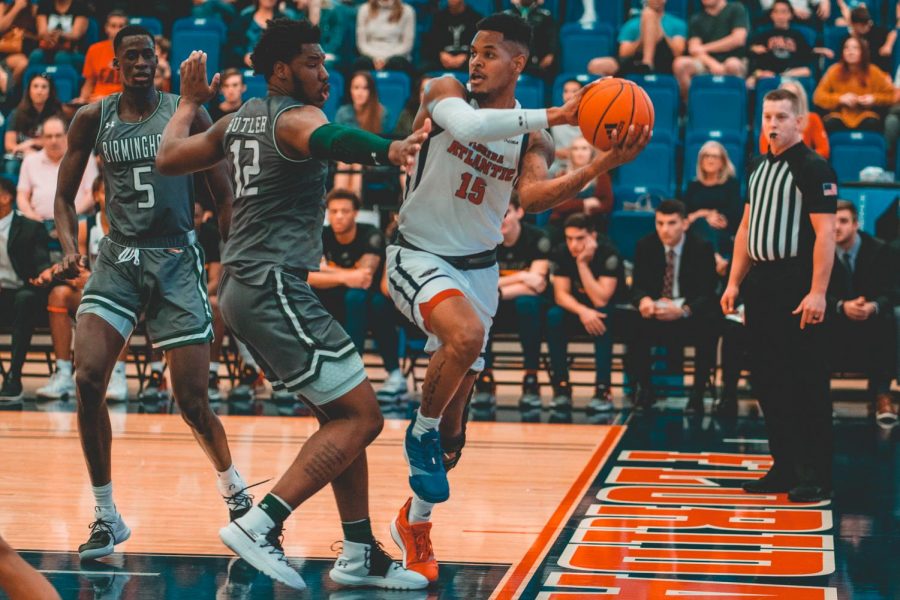 Forward Jailyn Ingram is starting to look like his old self as he played 30 minutes while scoring 14 points, collecting eight rebounds and recording three steals. Photo by: Alex Liscio.

In their 20th game, the Owls were defeated by just three points to UAB by a score of 68-65.

Cornelius Taylor recorded 19 points and Richardson Maitre scored 16 points. Jailyn Ingram also secured 14 points and eight rebounds. The Blazers led the game in the first half with 29 points, while the Owls finished the half with 21 points.

Going into the second half, Taylor knew what the team and him needed to do on offense to ensure success.

Alongside Taylor, Maitre expressed his offhand skill as a guard.

“Just learning from last year, I had to set myself as a leader,” Maitre said. “I need to be a guy that’s been through it and that will help the team. I have the guys around me that I can trust.”

On the other side of the court, the Blazers showed their offensive skills. From the starting line up, Tavin Lovan played for 30 minutes and scored 17 points. Blazer Kassim Nicholson also proved himself with 14 points and five rebounds.

Recognizing where the Owls can improve, head coach Dusty May said, “…I know where we are right now, we need to get better defending the basket, our half court defense needs to improve, and we’ve got to figure some things out to beat Charlotte on Thursday.”