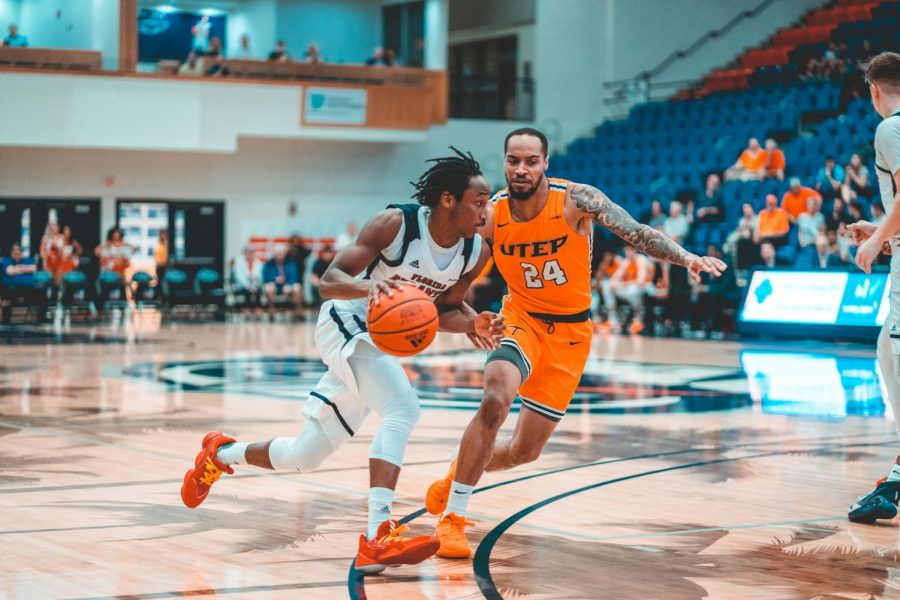 The FAU men’s basketball team stays undefeated in conference play as they defeated UTEP by a score of 59-56 on Saturday.

The Owls were able to claim victory despite trailing by as much as seven points late in the second half.

After a successful UTEP free throw attempt, Silins nailed another three-pointer with just over two minutes to go to make it a 54-52 game.

The Owls were able to regain possession, which allowed Cornelius Taylor to tie the game at 54 with 41 seconds remaining.

UTEP went up 56-54 after two more successful free throws, but the Owls came back with force, with Madiaw Niang drawing an and-one on a layup to put FAU up 57-56.

With 18 seconds left, Richardson Maitre would draw a foul to secure the victory for the Owls, hitting both free throws.

Silins added 12 points in the second half, shooting 4-8.

The Owls played a solid defensive game, collecting eight steals as a team, as well as adding two blocks.

FAU also converted on nearly all of their free throw attempts, going 13-15 at the charity stripe.

The Owls were also successful on the offensive boards, collecting nine offensive rebounds to UTEP’s six.

The Owls will be back in action on the road on Thursday, January 9th against the Rice Owls.  You can catch the game on ESPN+ at 8 p.m.