The Owls once again open the season against a ranked team. 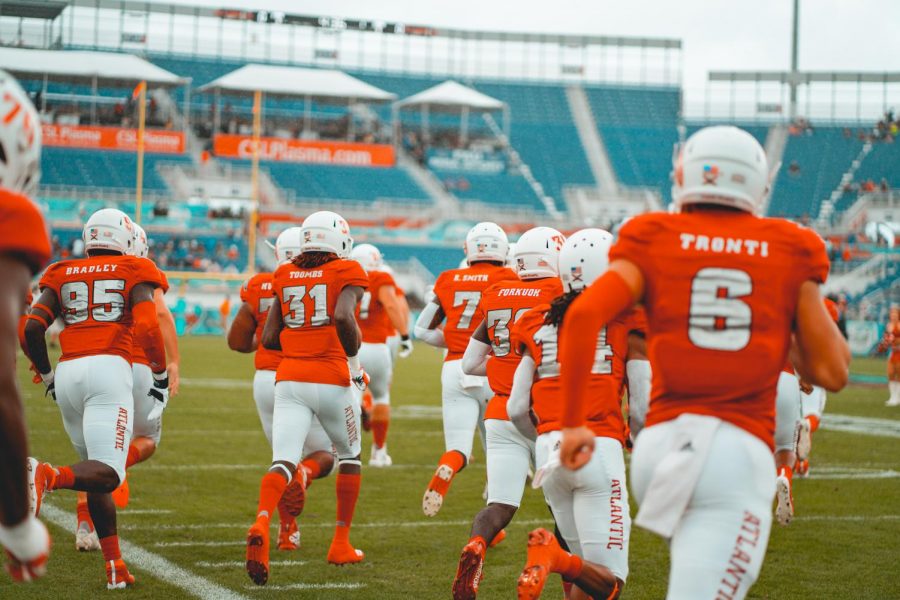 FAU's first home game of the 2020 season will be against Stony Brook on Sept. 12. Photo by: Alex Liscio.

FAU Athletics announced the schedule for the 2020 FAU football season Wednesday. It will be the first year under the new coaching staff under head coach Willie Taggart.

FAU will open their season on Sept. 3 as they take on the Minnesota Golden Gophers in enemy territory. Just like the past couple of seasons for the Owls, they’ll face a ranked opponent to start as Minnesota is currently ranked eighteenth in the country. They won 11 games and went 6-1 at home.

They’ve beaten the Gophers once in their three meetings back in 2007 by a final score of 42-39. 13 years later, Taggart and company hope to pull off the major upset on the road to give them momentum to start the season.

Their next big challenge will be against the USF Bulls on Sept. 27 in Boca Raton. This matchup has a numerous amount of storylines as both teams have relationships with each other.

Taggart will also face his former team where he was the head coach for four seasons before leaving for Oregon in 2017.

The Owls will enter conference play the week after as they stay at home to face the Charlotte 49ers. FAU beat the 49ers last season by a wide margin of 45-27. They’ll face Southern Miss next which then leads into their only bye week on the week of Oct. 17.

After the bye, they get into a tough road matchup as the Marshall Thundering Herd awaits on Oct. 24. In all their seven matchups, the Owls have only won once. Last year’s loss at home was a controversial game that led to former head coach Lane Kiffin tweeting his criticism about the referees which led to a $5,000 fine by Conference USA.

The next game with major storylines is on Nov. 7 against Westerm Kentucky. This time, Taggart faces his alma mater where he spent four seasons playing quarterback for the Hilltoppers. After graduating in 1998, he spent time there as an assistant coach until 2006. Four years later, he took the head coaching gig there where he spent three seasons turning the program around from losing to winning records.

This year’s Shula Bowl against FIU will be at Riccardo Silva Stadium, where the last time the Owls played in the Panthers home field, they blew them out, 49-14.

FAU ends their season on the road against Middle Tennessee. While FAU hasn’t been successful in their history against the Blue Raiders by a total record of 12-5, the Owls got their payback last season with a win at home by a final score of 28-13.

Here’s the full schedule with the opponents and dates, but the times haven’t been released yet:

The Owls had a successful season last season, winning 11 games, securing a conference championship and blowing out the SMU Mustangs in their bowl game.