Some of the new additions include Chris Perkins and Joey Guarascio as running backs coach and head football strength and conditioning coach, respectively. 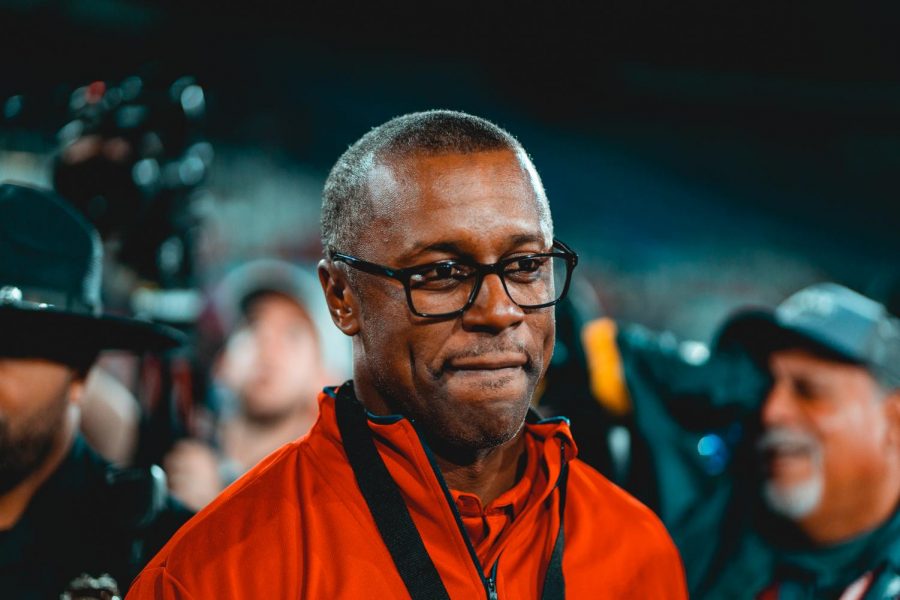 New FAU head coach Willie Taggart hires most of the coaching staff as the year comes to a close. Photo by: Alex Liscio.

While the FAU football season ended, new head coach Willie Taggart is already assembling his coaching staff for 2020 with the hires of several assistant coaches and coordinators over the past two days.

The first official hire for the Owls was the announcement of Jim Leavitt as defensive coordinator on Dec. 21, replacing Glenn Spencer. He was previously the DC for the University of Oregon under Taggart.

Along with Spencer, former FAU offensive coordinator Charlie Weiss Jr. is on his way to USF under head coach Jeff Scott. To fill the void, former tight end Clint Trickett will be elevated to co-OC/QBs coach with Drew Mehringer as the other co-OC and will also coach the wide receivers.

A Texas native, Mehringer most recently was the wide receivers coach and passing game coordinator at the University of Texas for three seasons. He also has experience in C-USA where he played quarterback for Rice.

Jaron Fairman will continue as special teams coordinator but he will also take Trickett’s past job working with the tight ends.

Joining Leavitt on the defensive staff is Kevin Patrick, who will serve as outside linebackers coach.

With running back coach Kevin Smith and head football strength and conditioning coach Wilson Love on their way to Ole Miss joining Lane Kiffin, those roles will be filled by Chris Perkins and Joey Guarascio, respectively.

Perkins worked with the Owls the last three seasons as a member of the player personnel staff. Guarascio’s most recent job was at Colorado State, where he spent one season as the head and one as an associate to the role.

With most of the staff in place, Taggart and company now prepare for the 2020 season as their first regular season game will be against the Minnesota Golden Gophers on Saturday, Sept. 5 on the road. Their first home game will be versus Taggart’s old team, the USF Bulls.