Students call out FAU on social media, demand transparency and change after suicide on campus

After the suicide on campus that occurred in early November, FAU students feel FAU administration should have been more transparent about the incident. 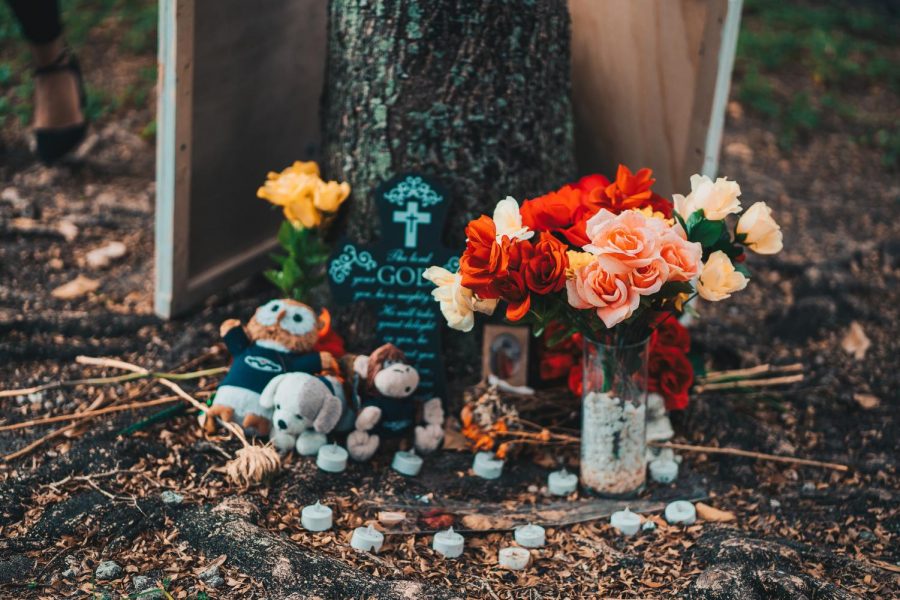 Editor’s note: If you have thoughts of suicide, support is available. FAU’s Counseling and Psychological Services crisis hotline are 561-297-3540 and you can see their hours here.

The University Press reached out to FAU Media relations on a statement but did not receive a response.

When someone died by suicide last month near the library, whose name has not been released by police, students waited days to hear a response from FAU. When President John Kelly released a statement on mental health three days later that provided on- and off-campus resources, students say they were let down by no mention of the specific incident.

When asked, FAU Media relations did not release a statement on suicide because at the time it was an ongoing investigation, and they did not respond to the student reactions.

Many students say they found out about the suicide from social media and word of mouth. They were disappointed that someone took their own life, but even angrier that FAU didn’t acknowledge it.

On Nov. 5, FAU’s emergency alert system sent three different text messages, emails, and phone calls to students warning them of police activity near Garage 1 and Volusia Street. By 11:45 a.m., students were given an all-clear — but still not entirely sure what caused the activity in the first place.

Faculty was the first to receive acknowledgment of the incident. They received an email from provost Bret Danilowicz two days after the incident regarding mental health resources.

“As instructors and mentors, you may encounter students or colleagues in distress. Suicide is a serious concern for college campuses, including our own,” the email stated. “FAU offers a number of resources that are available if you become aware of a situation in which an individual is considering harming oneself.”

President John Kelly released a statement to students the day after that, emphasizing the importance of mental health services and awareness.

“The last weeks of a semester can be particularly challenging, and the fall semester, with the added stress of the holidays, can be the most challenging period of all for many people,” the statement read. “The university community recently suffered some terrible losses, and while the circumstances were very different, they were equally tragic.”

With what seemed to students like little to no response from any faculty and administration, seniors in a communication studies capstone organized a “Suicide Awareness March” to honor not only the individual but all the lives taken by suicide on FAU’s campus. The class, taught by Professor Deandre Poole, brought up a march when just days before they were set to present projects about mental health, someone passed away.

“They were very disappointed with how the university responded to the student who committed suicide, and I was as well. Other faculty members did not even know and as more and more people found out they started saying, ‘Well, why wasn’t this communicated?’ or ‘Why didn’t we know about this?’ And so we collectively said we wanted to do something,” Poole said.

The demonstration took place two weeks after the suicide and together, students and faculty walked across the Breezeway to outside Garage 1, where they held a memorial and moment of silence. People that attended the march were also given yellow ribbons, to represent suicide awareness, and had the opportunity to write down encouraging words and condolences on a ‘‘Memorium board’’ outside of Garage 1.

Students were hoping this could be a learning lesson for the university, where they could take this tragedy and make it an open talking point, and listen to what the student body was saying they wanted to be changed.

“‘Just stay away from such-and-such an area.’ Students said that’s all that they could remember. They said that was a very disrespectful way of talking about somebody who died, the life that was lost,” Poole said.

Guylandsky Jean-Gilles, a senior, arrived on campus the morning of the suicide in an Uber and saw police cars at Garage 1. He initially thought someone was shot by an officer but when he learned it was a self-inflicted gunshot wound after reading the University Press’ coverage, he said his heart “sunk.”

“At first I was really bothered about seeing the body, but now I’m upset about how FAU is handling this situation. Why have the students not been told about what happened? Why weren’t classes canceled? Why is FAU saying nothing?” Jean-Gilles said.

Sophomore Mia Wood also felt that classes should have been postponed, saying, “I think it was wrong of FAU to keep classes [and] all activities going after what happened. Someone had literally taken their life. The feelings of those close to that person needed to be taken into account. Who could sit through class the rest of the day after learning that their friend took their life?” Wood said.

On social media, organizations like Student Government and the FAU National Organization for Women chapter stressed that students should seek help if they need it or think someone else does but did not acknowledge who passed away. Similar responses have been seen from all types of administration, highlighting the resources available for students to reach out and get support.

Though FAU has had a delayed response to the suicide, behind the scenes they have been making strides to improve their resources for students.

The Office of the Provost released an email to the faculty of the University, introducing an initiative to provide them with a better opportunity to support students with their mental health.

“Faculty workshops in Student Crisis Assistance have begun this semester and will be offered widely next semester. Announcements will come from your Deans and Chairs. Please come to one of these 90-minute sessions, which will include: how to identify and engage with distressed students, contact information for FAU resources and support; a case study and discussion; and question and answer session with Dr. Vernon and representatives from the Dean of Students Office and the Counseling and Psychological Services Center,” Bret Danilowicz (Provost and Vice President for Academic Affairs) wrote.

Valeria Reynoso said as a senior social work major, she understands how much it can help to simply just talk about mental health issues, especially suicide.

“Suicide can be an uncomfortable topic but it’s important to discuss it and to let people know it should not be an option,” said Reynoso, who found the news through Twitter.

“It’s very disappointing to see how my school has reacted to the death …” she said. “I think it’s not something the school should sweep under the rug.”