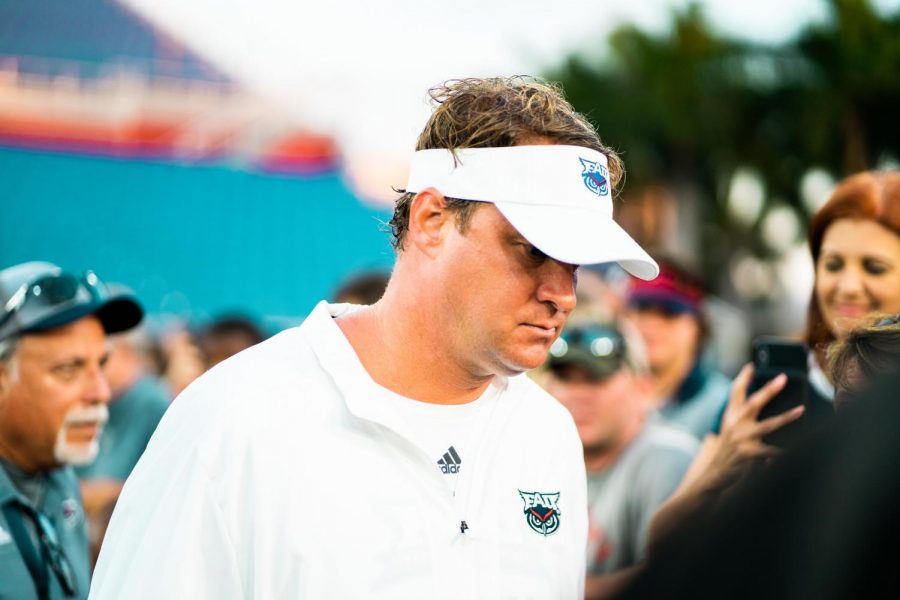 After FAU’s win over the UAB Blazers 49-6 in the Conference USA championship game, the University of Mississippi officially announced that Lane Kiffin will be their new head coach.

As reported by ESPN Friday night, Ole Miss was in the midst of finalizing a deal with Kiffin. This marks Kiffin’s return to the Southeastern Conference (SEC) where he was the head coach of Tennessee in 2009 and when he was the offensive coordinator for Alabama from 2014 to 2016.

FAU Vice President and Director of Athletics Brian White announced the news after the blowout win and released this statement:

“Coach Kiffin deserves our thanks and a great deal of credit for continuing to build our football program to high levels of success. I’ve informed the team that Defensive Coordinator Glenn Spencer will serve as interim head coach.”

Before Kiffin was the head coach for the Owls, FAU went through three straight seasons with 3-9 records.

White said that “a national search will begin immediately” and that he feels that the vacancy will get a lot of interest.

“We have an extremely talented roster returning with an established culture of success,” White said. “There are outstanding facilities here with the new Schmidt Family Complex about to open and recent renovations to FAU Stadium. I couldn’t be more excited about the future of our football program.”