A Chartwells staff member speculated the rat made its way inside due to the drop in temperature. 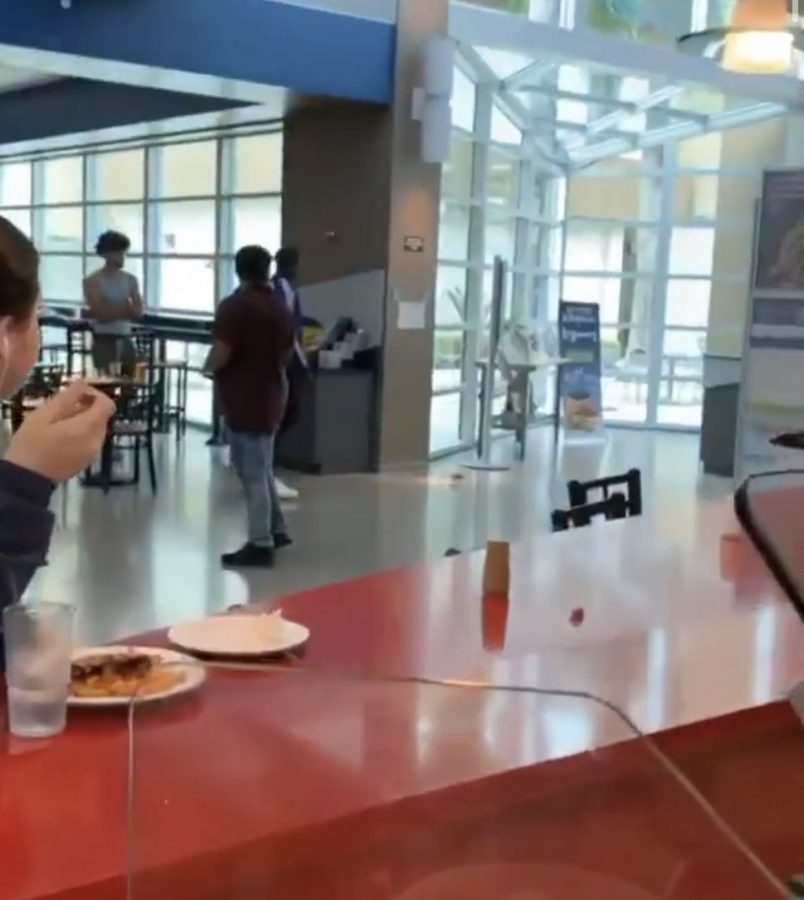 Students spotted a rat Sunday under the tables and entrance of the Atlantic Dining Hall, FAU’s main cafeteria on campus, according to two Instagram videos that circulated Monday afternoon.

“Yesterday [Sunday], I saw a rat walking across the floors and underneath the tables. When it passed by the utensils booth, everyone started jumping on tables and screaming,” freshman Julie Cromer said.

Nice to the see the caf maintaining those high standards

The rat has been caught, according to Chartwells Executive Chef of Resident Dining Cristiane Brito, who said she learned about the incident on Monday. It is unclear how long the rat was in the dining hall.

A staff member, who preferred to remain anonymous, speculated that the rat came in due to the cold through the front door.

The Instagram videos were posted by “@BarstoolFAU,” a page unaffiliated with the university that mostly posts FAU sports-related content and has over 10,000 followers. The post has over 1,000 likes and 100 comments as of publication time with the caption: “Nice to see the caf maintaining those high standards.”

The owners of the account have not responded to the UP as of publication time with who took the video.

Marcy Wilder is a contributing writer for the University Press. For information regarding this or other stories, email [email protected]