Last year, the Owls ran all over the Panthers, amassing 439 yards on the ground. 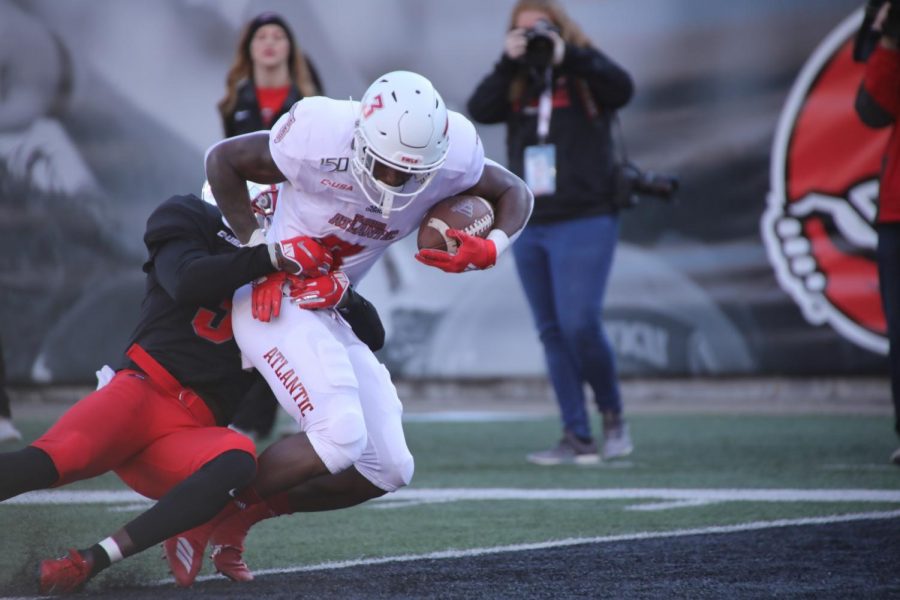 RB Larry McCammon III looks to continue his efforts against FIU as he scored a touchdown against Western Kentucky. Photo courtesy of FAU Athletics.

After a crucial win on the road against a surging Western Kentucky team, the Owls set their focus on the Florida International University Golden Panthers, in what will be the 18th annual Shula Bowl on Saturday.

In what is always a heated rivalry between the two South Florida programs, FAU is looking for their fifth win in the conference as FIU tries to be bowl eligible.

The most recent victory came last season when the Owls blew out the Panthers, 49-15.

Here are the keys to the game to ensure not only a win for FAU, but to defend the coveted Don Shula Award:

Going back to FAU’s win from last year, FIU had no answer for the run game. Former Owls running backs Devin Singletary and Kerrith Whyte Jr. rushed for 184 yards and 165 yards, respectively. They both combined for four touchdowns. In total, the Owls ran for 439 rushing yards.

While it’s a hard ceiling to top especially to the likes of Singletray and Whyte Jr., FIU has allowed 199 rushing yards per game this season. Feeding the ball to Malcolm Davidson, Larry McCammon III and others will be essential to keep the chains moving to allow the offense to be in scoring situations.

Rushing the ball effectively will get the offense as a whole in rhythm and allow quarterback Chris Robison to get more comfortable.

Robison is having a much better season than he did last year, throwing for over 2,000 yards to go along with 17 touchdowns and four interceptions.

However, the FIU passing defense has been solid in the conference, as they average close to 168 passing yards per game.

Besides being effective on the ground, the offensive line needs to build off of their performance last week as they only allowed one sack. Giving Robison time will lead to him making all of his progressions, making him find his big targets like Harrison Bryant, John Mitchell and the rest of the Owls playmakers.

The FIU signal caller has been solid this season throwing 10 touchdowns and two interceptions. He hasn’t been making many mistakes this year, but for FAU to be successful on defense, they need to make Morgan uncomfortable in the pocket.

This season, linebacker Akileis Leroy leads the team in sacks with 6.5 while defensive end Leighton McCarthy is second with five. Expect to see those two busy in the backfield Saturday as Morgan under pressure could lead to takeaways for the FAU defense.

Owls defensive coordinator Glenn Spencer will need to be creative with different blitzes and coverages against the Panthers for the defense to be opportunistic. The defense has a total of 12 interceptions as a whole this season.