FAU defeats Ball State in first win of the season, 41-31

The Owls picked up a win on the road in Muncie, Indiana, making their record 1-2. 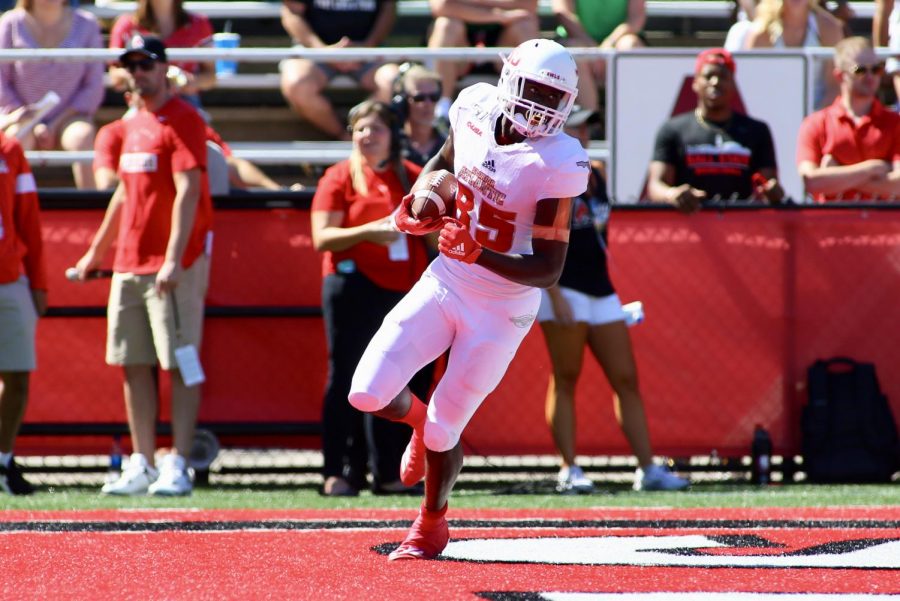 In the third game of the season, the Owls managed to slide past Ball State, defeating the Cardinals 41-31 in Muncie, Indiana.

The defense played well the majority of the contest causing four turnovers. The offense showed major improvements in all areas, especially the offensive line, since it was lacking.

In the first quarter, senior linebacker Rashad Smith recovered a fumble that FAU’s offense was able to take advantage of when Robison threw a touchdown pass to senior tight end John Raine. The Owls were able to put points on the board first.

Shortly after FAU put points up, running back Kelvin Dean fumbled the ball causing Ball State to recover and return it for a touchdown. The score became 7-7 with 1:16 left in the first quarter.

The Owls get the ball back, but junior wide receiver Willie Wright fumbles on the first play and the Cardinals recover yet again.

That turnover was tough with Ball State scoring again, putting them up 14-7 with still some seconds left in the first quarter. The first 21 points scored in the game came from the help of both defenses causing turnovers.

The Owls tied up the game quickly when Robison threw a 27-yard touchdown to senior wide receiver John Mitchell. The score changed to 14-14 with plenty of time left in the first half.

At the half, the Owls lead 21-17 with Mitchell getting another touchdown right before the second quarter ended. Mitchell finished the first half with six receptions for 96 yards and two touchdowns.

In the first half FAU rushed for 87 yards, passed for 179 yards, had two turnovers and 17 first downs, and had possession of the ball for almost 17 minutes.

Robison was 20-of-26 for 179 yards and three touchdowns in the first half.

Freshman running back Larry Mccammon III was the first to score in the second half as the Owls increased their lead to 28-17.

After Ball State gets the football back, junior cornerback James Pierre picks it off, giving the Cardinals their third turnover of the game.

The Owls once again took advantage of this opportunity with Robison throwing a 24-yd touchdown pass to Mitchell, who was his favorite target in the game.

The Cardinals answered when their wide receiver Antwan Davis scored a touchdown with 0:36 left in the third, however they still trailed 34-24.

Only a couple minutes into the fourth quarter, Rashad Smith hit Cardinal’s quarterback Drew Plitt causing him to lose the ball. That was Ball State’s fourth turnover of the game.

With 10:26 left in the fourth, redshirt junior running back James Charles rolled into the endzone for his first career touchdown. This extended FAU’s lead to 41-24.

The Cardinals were still fighting as they scored with 3:52 left in the game making it a 10-point difference, however the Owls came out on top, finishing the game 41-31.

The defense played well the majority of the contest causing four turnovers, while the offense had a really good game and there was a great improvement in the offensive line, since it was lacking.

FAU looks for their first win at home as they host Wagner on September 21.

Brianna Rogers is a contributing writer for the University Press. For information regarding this or other stories, email [email protected] or tweet her @UPBriannaRogers.