Analysis: FAU Owls to take on the Charlotte 49ers in C-USA opener

The Owls look to begin conference play with a win on the road. 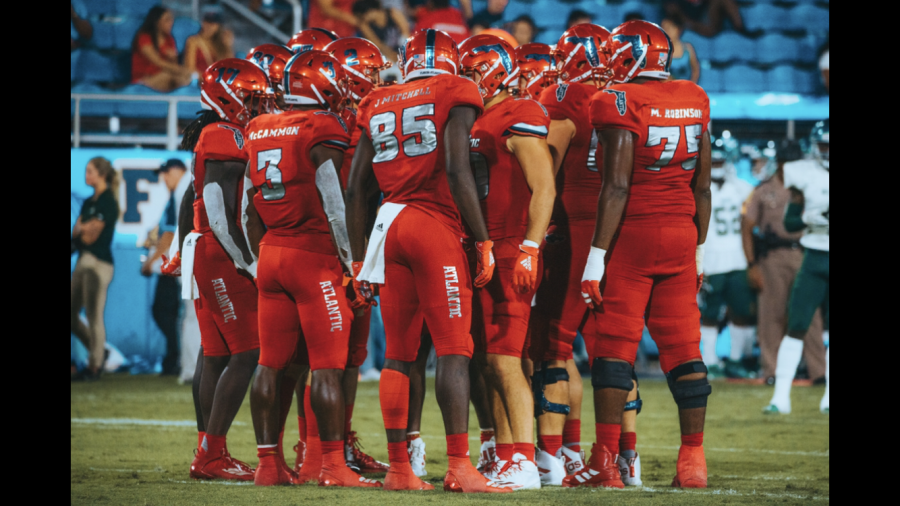 FAU heads into conference play as they travel on the road against Charlotte after beating Wagner, 42-7. Photo by: Alex Liscio

After opening the season with losses to two AP Top 25 opponents, head coach Lane Kiffin and the Owls (2-2) go into their C-USA opener against the Charlotte 49ers (2-2) on a two-game winning streak.

The 49ers team ended the Owls’ hopes for a bowl game in the 2018 season finale, beating FAU 27-24 in Boca Raton. Now, the new 49ers head coach Will Healy, is looking to get his first conference win as a head coach in C-USA.

Here are three things the Owls will need to do in order to leave Charlotte with a win to start C-USA.

1. Dominate the line of scrimmage on defense

Through four games, LeMay has 64 carries for 432 rushing yards, four rushing touchdowns and is averaging 6.8 yards per carry. Last week, against the defending national champions Clemson Tigers, LeMay rushed for 81 yards on 18 carries. The Owls will need to bottle up LeMay early and often, forcing Charlotte quarterback Chris Reynolds, to beat them through the air.

FAU linebackers Rashad Smith and Akileis Leroy will need to continue their stellar play in order to stop LeMay and to put pressure on Reynolds. Defensive linemen Tim Bonner, Ray Ellis and Leighton McCarthy need to dominate the 49ers offensive line to stop LeMay from breaking off many long runs.

2. Offensive line needs to open holes for the running game

The Owls have struggled to move the ball consistently on the ground during the first four games of the season. The offense is averaging 119.8 yards per game on the ground this season. For a team that likes to utilize the run, it hasn’t been there so far this season. This puts a lot of pressure on quarterback Chris Robison and the passing game to put up big numbers for the Owls.

If the Owls are going to have success, the offensive line will need to open holes for running back Larry McCammon III, to keep the defense honest and to help Robison have time in the passing game. The 49ers have given up 201.3 yards on the ground per game to their opponents this season.

If Robison continues to spread the ball around to his receivers and continues to be smart with the football, the FAU offense should be able to move the ball against the 49ers. Charlotte has surrendered 600 yards and seven touchdowns through the air this season, picking off their opponents twice and have limited their opponents to 150 passing yards per game.

Kickoff is set for 3:30 p.m. on Sept. 28th at Jerry Richardson Stadium in Charlotte, North Carolina and will be broadcast on the NFL Network.