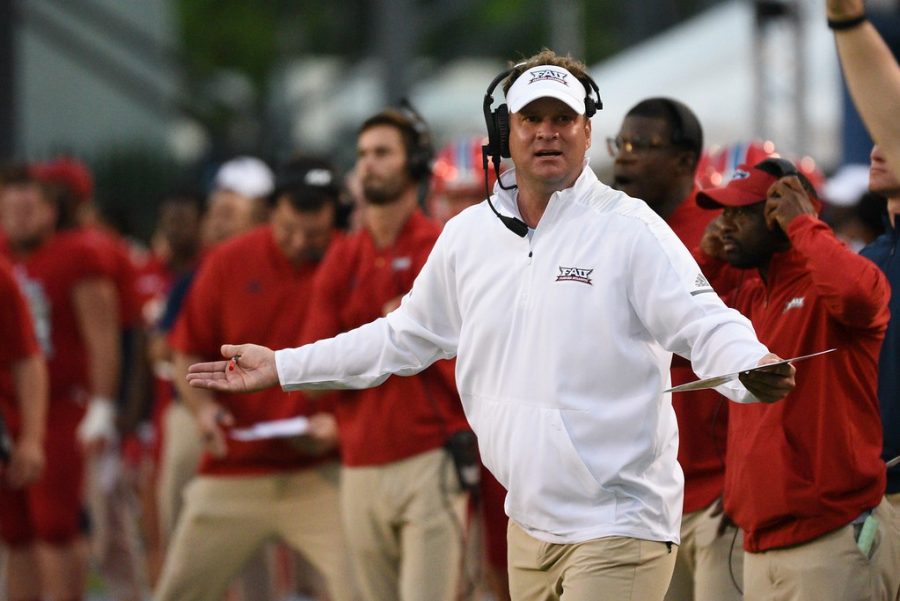 Lane Kiffin attracts another son of an NFL pro, this time being Frank Gore Jr.

Verbally committing on Thursday night, the 5 foot 8 inches-tall, 170 pound running back shared his excitement on Twitter on his aspirations with the Owls and Lane Kiffin.

“I feel (running backs coach) Kevin Smith will help me pursue my dreams to play on the next level,” Gore Jr. tweeted.

🎸BEST DECISION I EVER MADE ‼️ pic.twitter.com/qb6Xj9rO8w

This is not the first time head coach Lane Kiffin attracted sons of NFL pros to play for him. Defensive lineman Warren Sapp II and Terique Owens, son of hall of fame wide receiver Terrell Owens committed back in February.

The three-star prospect, ranked by 247sports.com, tweeted out that his commitment was “the best decision I ever made.” Gore Jr. also received offers from other universities such as Southern Miss, Chattanooga and Kentucky. Gore Jr. is the second player drafted to FAU’s 2020’s class after Andre Lamas, an offensive linemen from Miami-Columbus that committed last week.

Gore Sr., who currently plays for the Buffalo Bills with former FAU running back Devin Singletary, tweeted that he was “real proud” of his son and his choice of university. The future hall of fame running back has had an extensive career as he enters his 15th season where he played with the San Francisco 49ers, the Indianapolis Colts, the Miami Dolphins and the aforementioned Bills.

Gore Jr. joins a crowded group of running backs at FAU that consists of players like Kelvin Dean, Larry McCammon III and BJ Emmons, who played for Kiffin in 2016 at Alabama.

Zachary Weinberger is the sports editor of the University Press. For information regarding this or other stories, email [email protected] or tweet him @ZachWeinberger