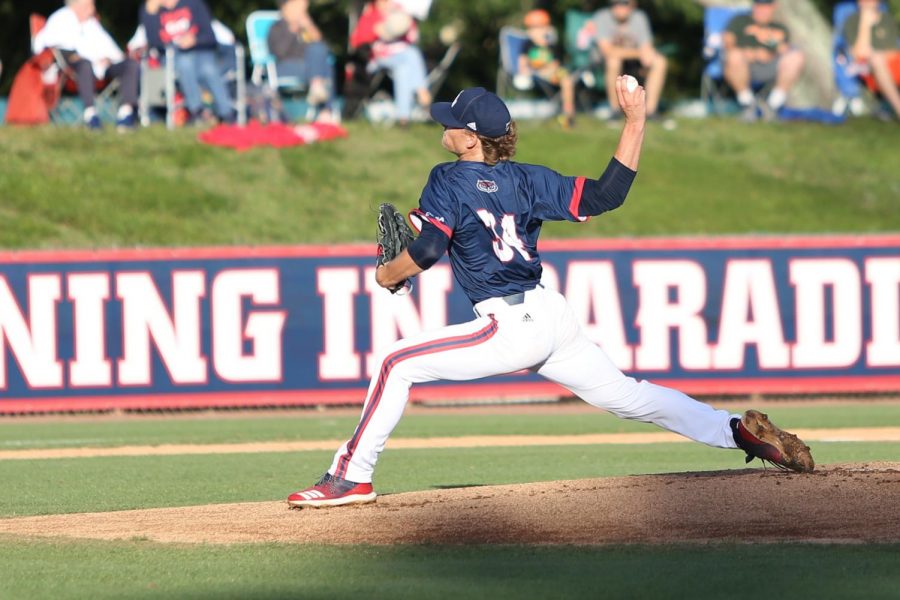 In the second round of the Conference USA tournament, FAU is still undefeated as they beat Western Kentucky, 6-1.

While the Owls offense has been electric throughout the season and the start of the tournament, the pitching was the huge standout from last night. Mike Ruff got the start yesterday and was nothing short of fantastic. With a pitch count of 116, he fanned 11 batters while walking three and earning one run. He pitched well into the eighth inning.

The one hiccup for Ruff came in the third inning, when he allowed a sacrifice fly to WKU’s Ray Zuberer that loaded the bases. Other than that, Ruff seemed unhittable. Dylan O’Connell ended up finishing the game, pitching 1.2 innings with two strikeouts.

“(Mike Ruff’s) best outing, I think, in an FAU uniform. Did a really nice job, had some huge strikeouts there in the early innings,” FAU coach John McCormack said to FAUsports.com. “We just couldn’t put (WKU) away, but I can’t say enough about Mike Ruff. We scored enough runs to make it stand. It’s good to get a win and be able to get a day off tomorrow.”

Just like McCormack said, the offense for the Owls did just enough to help out the pitching staff, as the offense ignited once shortstop Wilfredo Alvarez blasted a homerun to right field to get things going in the second inning. FAU had a total of 13 hits with Mitchell Hartigan and Pedro Pages each notching three.

FAU baseball is hot right now in the C-USA tournament as they are 2-0. The Owls will get a day off on Friday before returning to action on Saturday, where they’ll be taking on the winner of a bout between UTSA and WKU.

The Owls’ next game is scheduled at 1:30 eastern in Biloxi, Mississippi on Saturday.

Zachary Weinberger is the sports editor of the University Press. For information regarding this or other stories, email [email protected] or tweet him @ZachWeinberger