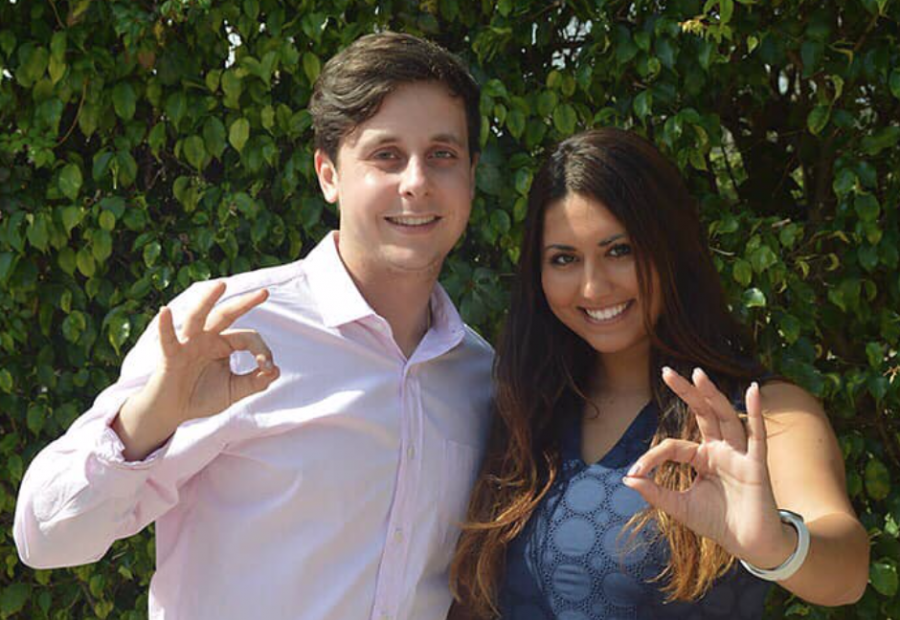 Kevin Buchanan and Celine Persaud will be the new student body president and VP, respectively. They raked in almost half of the presidential votes. Photo courtesy of Facebook

During the past month, six gubernatorial candidates and three presidential candidates along with their vice presidents have debated, tabled, and met with students in hopes of being elected. And the unofficial results of the election were released Wednesday at noon.

Alexander Zand was elected to be the next Boca governor. Melissa Carassa and Nicholas Tyndall won their races as Davie and Jupiter governor, respectively.

Of the 28,360 students at FAU, only 3,088 students, or about 11 percent, voted for the presidential/vice presidential ticket. This is a 3 percent increase from last year’s election, where about 8 percent of students voted.

Buchanan and Persaud took the win by a wide margin, bringing in almost half of the presidential ticket votes.

Zand ultimately won the Boca gubernatorial race, but Colas and Bravo came within a close margin of each other, with Colas receiving only 22 more votes than Bravo.

Only 43 Davie students voted in their gubernatorial election. Carasa ran unopposed for the Davie campus governor seat and received 35 votes, which is approximately 0.1 percent of the student population.

Only 121 Jupiter students voted in their gubernatorial election. Tyndall, the incumbent Jupiter governor received 85 votes, which is approximately 0.3 percent of the student population.

The official results will be finalized and released once all challenges and or contestations have been heard.

Israel Fontoura is the student government editor for the University Press. For information regarding this or other stories, follow him on Twitter @israelofontoura or email [email protected].