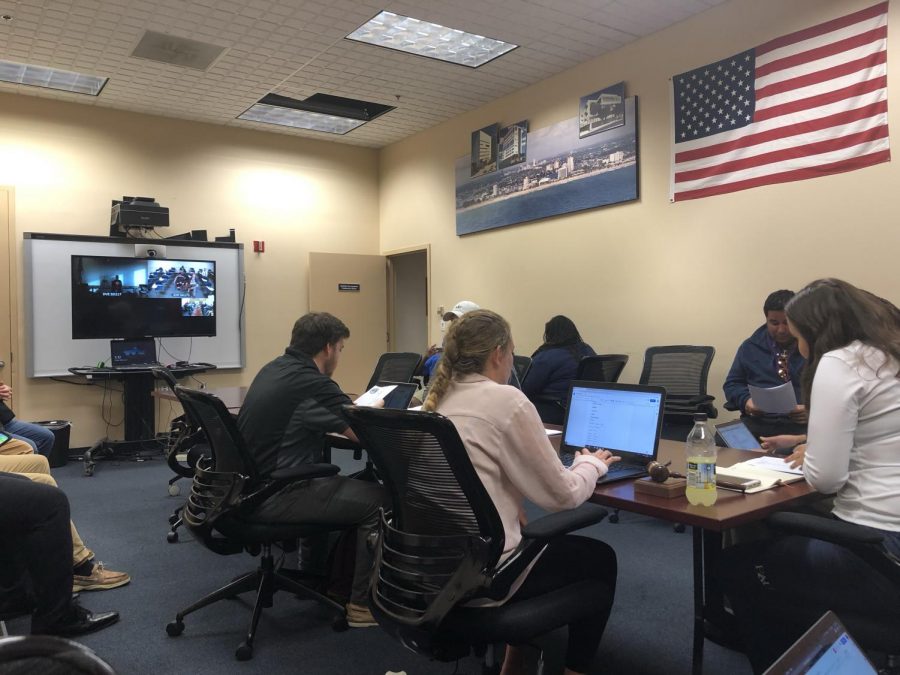 The student Senate agreed on a UBAC budget on Friday. Photo courtesy of Kristen Grau

Correction February 2 2:20 p.m. This story has been corrected as Humphreys was not the one to call the Jupiter homecoming the “weakest.”

After calling an emergency meeting, the student Senate unanimously agreed Friday on a budget proposed by the University-Wide Budget Allocation Committee (UBAC) for the 2019-2020 fiscal year — with three exceptions.

The University Press will endure an additional $1,000 budget cut on top of UBAC’s original cut, which was over $6,000. The Jupiter Homecoming director’s salary has also been partially cut, and the SG assistant supervisor of elections’ salary was revoked — all on the last possible day for budget deliberations, according to SG’s budget timeline.

However, statistics from the most recent issue reveal an average pick up rate of 90 percent.

“I don’t want the UP to be left bone-dry,” student body Vice President and UBAC member Marianne Alex said. “They should be left room to expand.”

Since last semester, the UP has maneuvered around cutbacks, moving its printing from bi-weekly to monthly.

Senator Gianni Croci also justified cutting his own campus’ Homecoming fund because it’s one of the “weakest” Homecomings across FAU, he said.

The extra funds stripped from the University Press, the assistant supervisor of elections, and the Jupiter Homecoming director will be allocated like this among three campuses:

Student body President Kyle MacDonald along with the Board of Trustees still must approve of the new amendments for them to become permanent.

Israel Fontoura is a contributing writer for the University Press. For more information regarding this or other stories, email at [email protected].

Kristen Grau is the features editor of the University Press. For information regarding this or other stories, email [email protected] or tweet her @_kristengrau.