‘I’m not a puppet’: Recently elected SG President and VP took money from a conservative organization 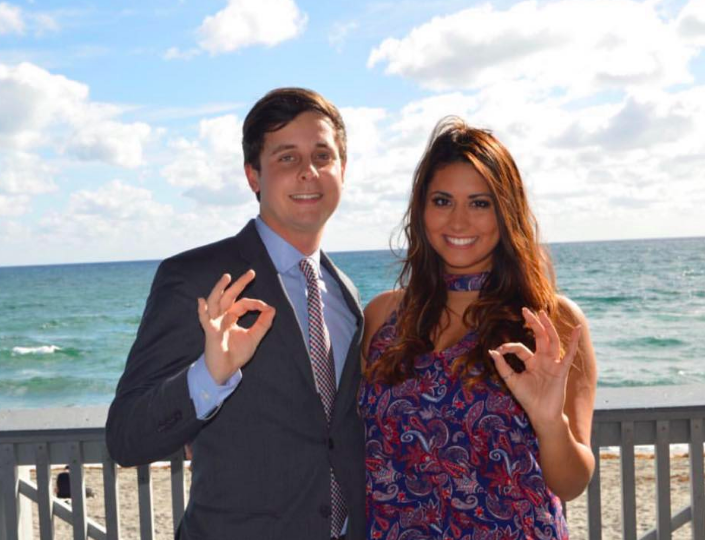 Both currently have roles in SG. Photo courtesy of Celine Persaud's Facebook.

This year, it happened again.

Kevin Buchanan and Celine Persaud, who have been unofficially elected to serve as the next SG student body president and vice president for the 2019-2020 term, received a $2,000 donation from the conservative activist group.

“I am not a puppet for a political agenda,” Buchanan said.

The organization reached out to Buchanan once he announced his campaign, but he accepted the donation solely for financial support, he said. He added that there were “absolutely” no promises made with TPUSA.

TPUSA follows the “Campus Victory Project” which states that college campus student governments are influenced by “left-leaning and radical left agendas.” The project’s purpose is to get more conservative leaders on campus elected and to secure the SG president role.

Elijah Colas, the other candidate for Boca governor who lost to Alexander Zand, is also the former TPUSA’s FAU chapter president. Colas did not receive any money from the group, although Chief Justice Isaiah Moriarity rumored that he had.

Buchanan said he spoke with Edward Perez, who was Alex’s VP during the election where they took TPUSA money and Colas about getting into contact with TPUSA for funding purposes.

TPUSA cites that SG controls fees and budgets for organizations, which could allude to how money is given to left-leaning groups.

This is a developing story — check back with the UP for updates.

Sophie Siegel is the Editor in Chief of the University Press. For more information regarding this and other stories, email her at [email protected] or tweet her at @SophSiegel.