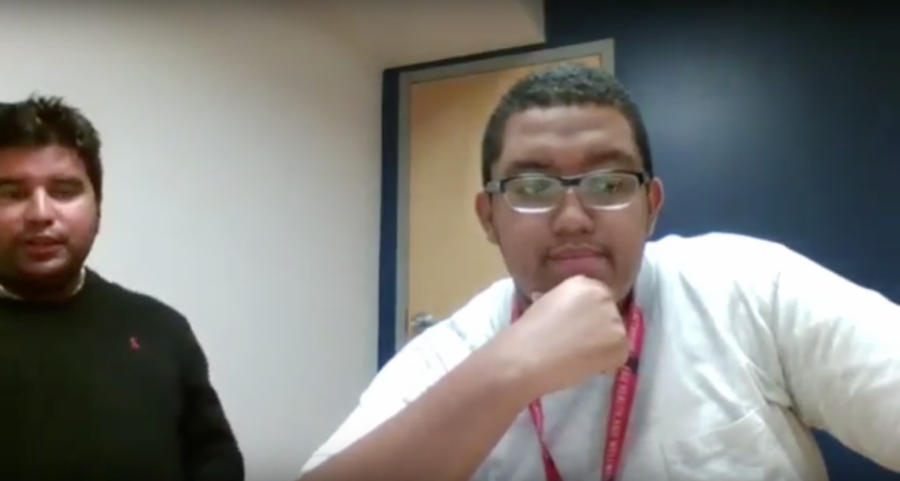 Reps. Alexander Suarez (left) and Michaelangelo Hamilton (right) streamed several Facebook live videos, in which former Rep. Jon Carter claims they violated Florida law by effectively holding a Student Government meeting without notifying the public. They have been removed from Facebook, but the UP linked two saved videos in the article. Photo courtesy of Facebook

The Sunshine Law states that “All meetings of any board … are declared to be public meetings open to the public at all times.” And according to SG statues, a meeting is defined as a gathering of at least two members of the same division to talk about government business, and it has to be announced to the public at least 24 hours prior.

However, Carter claims that Hamilton and Suarez broke this law during Facebook live videos that have since been taken down, where they allegedly admitted to discussing business related to the then-impending impeachment hearing of Boca Gov. Luke Turner with Owl T.V., Owl Radio, and the University Press.

“This is a clear violation of the Sunshine Law since no public meeting notice was provided in a timely manner,” Carter wrote.

He also cited an opinion article that Suarez wrote for the University Press regarding the impeachment, where Suarez described a conversation between him and Hamilton about the impeachment articles that happened before the two officially voted on them.

“Their blatant disregard for the rules and lack of effort to serve anyone but themselves has disqualified them to hold office,” Carter said.

The petition will be discussed in a Student Court meeting, according to Chief Justice Isaiah Moriarity.

“Mr. Suarez emailed me today accusing me of violating the constitution, the law, and several other malicious and nasty things by simply me doing my job. However, that won’t stop the Court from doing what we are supposed to,” he said.

Suarez and Hamilton maintain that they are innocent.

“Rep. Hamilton and me will defend ourselves,” Suarez said.

Suarez claims that Moriarity provided the University Press with doctored screenshots of himself vouching to impeach Speaker of the House Noah Goldberg in a private Facebook chat titled “Viva La Revolution.”

“[Moriarity] will now oversee a possible mock trial to impeach us for speaking to the press on why we supported the impeachment to defend the students, which is our right,” he argued.

“The Student Court is going to hear an unconstitutional petition against myself and Representative Suarez,” he said. “If four justices grant the petitioner’s request, it would be a violation of SG statutes. Only my fellow colleagues can file an article of impeachment and vote in a 2/3 supermajority to remove us from our position.”

Hamilton also called this vote a “direct insult to the 500 [students] we serve each.”

The Student Court hearing will be on Jan. 15 at 4 p.m. in the SG conference room.

Check back with the UP for more updates.

Sophie Siegel is the editor in chief of the University Press. For information regarding this or other stories, email [email protected] or tweet her @SophSiegel.