From FAU student to motivational speaker

Eleana Frangedis won Miss Teen America in 2012, and while she speaks at many events, she is especially drawn to sororities. 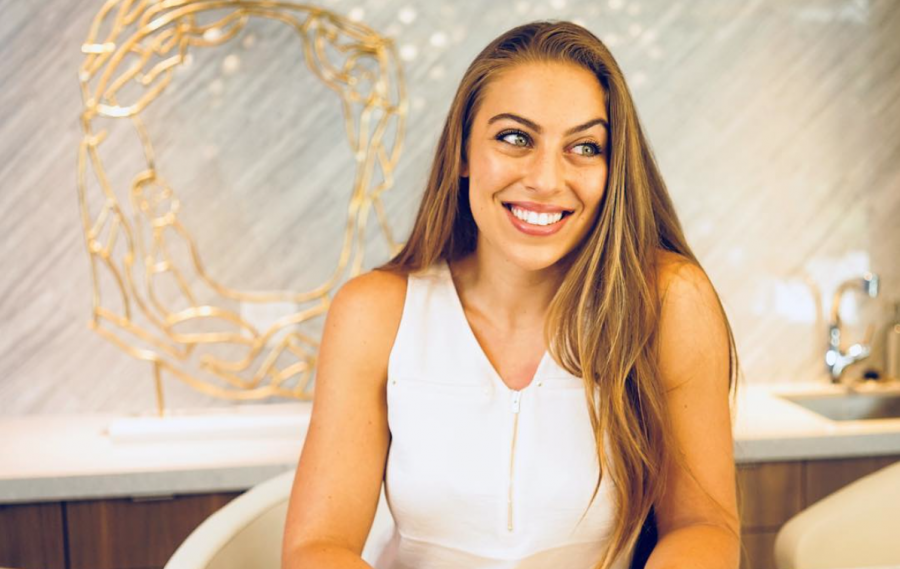 Eleana Frangedis graduated from FAU in 2017 with a major in business. Photo courtesy of Instagram

Eleana Frangedis entered the world of pageantry in her junior year of high school because she wanted to expand her horizons.

But when she won Miss Teen America, an American beauty contest for young women, in 2012, it turned out that those horizons would include kickstarting a career in public speaking.

Pageantry allowed Frangedis to use her platform to speak to others. Public speaking was not something she focused on prior to entering the pageant world, but the experience with Miss Teen America helped bolster her confidence. By the time she enrolled at FAU in 2013, she had already spoken to multiple schools “promoting a platform of youth empowerment,” she said. But these days, the 23-year-old primarily speaks to sororities.

Frangedis appreciates the bonds that are formed in these tight-knit groups, and how they promote the ideals of a sisterhood, she said.

She also uses her experience of growing up with divorced parents to connect with others on a more personal level.

“I can share, sympathize, empathize and relate to so many kids going through similar situations. All of the stories are different, but the feelings are the same,” Frangedis said. “I want to help other chapters create this remembrance, and bring back an essence of sisterhood.”

When Frangedis speaks to the sororities, she garners ideas for discussion by speaking with the respective sororities’ executive boards. These topics range from goals that the girls wish to achieve, general questions they may have, trying to understand success, and more, she said.

FAU’s Sigma Kappa Vice President Alexa Keller had Frangedis speak at her sorority, and said the chapter’s “mindset and overall morale … has skyrocketed since.”

“Having Eleana speak at our first chapter meeting was such an effective and inspiring way to kick off our semester and set the tone for our year. Her genuine passion for her vision just radiates out of her and is so contagious … We feel so fortunate to have had the opportunity to come in contact with Eleana at this point in her journey and look forward to seeing what comes next for her,” she said.

Frangedis also branches out into other areas, however — she recently spoke at an event for Helping Everyone Rebuild, an organization in South Florida that sells jackets to raise money for women and children who are impoverished, lacking education, or affected by sexual assault and abuse. She’s also the communications director for Larme de Medusa, a company that helps nail salons by promoting different products like gels and foundations.

“Whenever the company was ready to market, they reached out to me … They thought I’d be a great asset to the team, because of my experience with speaking,” Frangedis said.

Frangedis also majored in business at FAU, graduating in 2017. She first came across the university when she tagged along with her mother on a business trip to South Florida, and immediately knew it would be the ideal environment to suit her needs, she said.

“When I got accepted into FAU, it was a win-win situation for me. I can go to school and enjoy the environment I live in at the same time. I was never interested in other Florida schools because the college town life that involved partying was not for me,” Frangedis said.

And although she didn’t tell other students about her involvement in pageantry or public speaking at first because she feared she would be judged and “labeled,” that feeling eventually passed — and so did the butterflies from public speaking.

“The feeling of nervousness is the same as feeling excited. When I feel nervous before going out and speaking to a crowd, I tell myself that something amazing is about to happen, and there is nothing to be afraid of,” she said.

As far as future goals are concerned, she hopes to be featured in a Ted Talk one day.

James Madera is a contributing writer with the University Press. For information regarding this or other stories, email [email protected]