Ending this exclusion is an essential, non-partisan way to improve our democracy and bring Florida in line with the rest of our country. 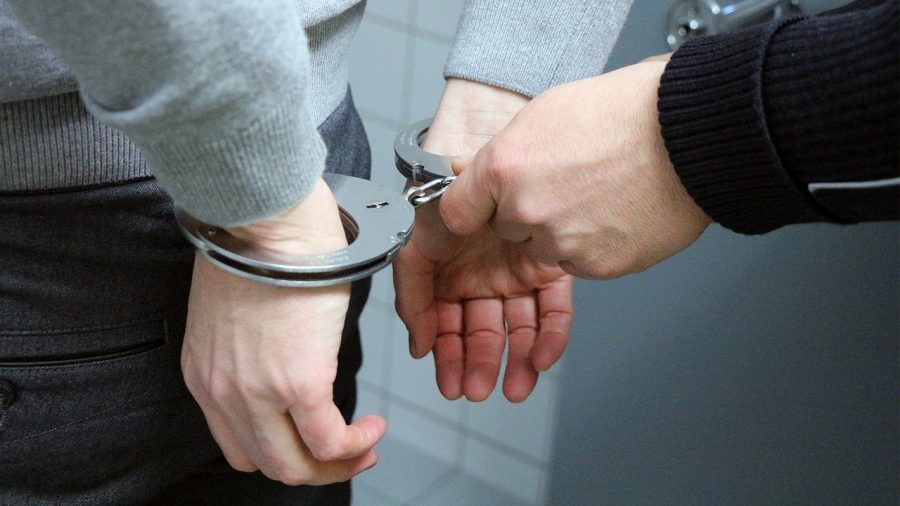 About 1.6 million Floridians can't vote because of a past felony conviction, the highest statistic of its kind in all the states. Photo courtesy of Pixabay

“Voting is dangerous,” as FAU professor Dr. Wendy Hinshaw once rightly said during a Voting Rights Panel at the university.

The simple act of indicating one’s preference for any given candidate or political party can reshape political landscapes. As the most basic of democratic rights, voting is essential to political participation. Enfranchisement, or giving someone the right to vote, is an enormous part of this.

That is why taking away this right from people who have committed felonies in Florida is something we must change this year in the Nov. 6 general election. Disenfranchising former felons is discriminatory, counterproductive, and goes against democratic values — but if we vote “yes” on Amendment 4, they may have the chance to cast their own ballots in the future.

The voting rights restoration movement in Florida seeks to amend the state constitution to automatically grant former felons, excluding murderers and sex offenders, the right to vote upon full completion of their sentences, including parole and probation.

The movement acquired almost 800,000 signatures from Florida voters, which was enough to place this issue on the 2018 ballot in the form of Amendment 4. This happened just before a federal judge ruled the state’s ban on former felons’ voting rights as unconstitutional.

In order for this right to actually be restored in a permanent process, however, at least 60 percent of the state legislature must approve of the change in Florida’s constitution.

Florida, one of the strictest states when it comes to felony disenfranchisement, bars 1.6 million citizens from voting due to a past felony conviction.

Although people often associate felonies with only murder and other violent crimes, felonies include any crime that results in a prison sentence of more than a year and a day.

Felonies can be nonviolent crimes like drug possession, driving with a suspended driver’s license, and even the failure to pay off too many traffic tickets — all of which are regularly committed by university students like you and me.

And people in neglected and marginalized communities who are not able to protect themselves in the criminal justice system are directly targeted by it, suffering the brunt of disenfranchisement.

Bearing in mind the racist foundations and effects of the criminal justice system — from post-Civil War Black Codes that criminalized African-Americans and forcibly extracted labor from them to the severely brutal war on drugs — the disenfranchisement of former felons in Florida disproportionately affects people of color: 1 in 5 African-Americans in Florida cannot vote due to a felony conviction, as opposed to the 1 in 13 in the rest of the country.

This outcome is rooted in Jim Crow, or the legal system in much of the United States between the late nineteenth century and the mid-twentieth century that politically, socially, and economically subjugated African-Americans. Florida’s constitution incorporated felon disenfranchisement shortly after the Civil War as part of the Jim Crow project to intentionally prevent newly freed slaves from voting. Only by recognizing this fact can we truly grapple with the brutal impact of felon disenfranchisement.

But the problems don’t end there. Former felons can petition for clemency, which is when an authority lessens the harshness of their punishment, to get their right to vote restored, but only through a problematic process.

The process is a prolonged wait period that often takes years before an application is even considered. Once it is, applicants must travel all the way to Tallahassee to sit in front of a four-person panel that decides if the felon will have their right to vote restored.

The most blatant evidence indicating that the panel’s decisions are arbitrary, aside from the fact that Florida’s current administration has granted clemency much less than previous ones, came from Gov. Rick Scott himself when he said at one hearing that, in regards to clemency, “There’s no standard. We can do whatever we want.”

A partisan political figure like Scott should not be granted the power to make such sweeping decisions about political rights, as it is not in his interest to enfranchise people who he believes oppose him. The restoration of voting rights should be a permanent fixture of Florida’s political system, not something that happens at the whim of those in power.

The notion that the right to vote is a privilege that can be permanently revoked without a second chance is incompatible with democracy, which both allows and demands that people are empowered to engage in political decision-making and to shape their own lives. Disenfranchisement of felons also demonstrates that we value neither rehabilitation nor forgiveness, something that we all have needed and hoped for throughout our lives.

Should we really continue to disallow Floridians from participating in the political process because of minimally harmful acts, discriminatory criminal justice, or genuine mistakes?

We cannot allow such a counterproductive and anti-democratic practice to flourish in our state. We at FAU, along with our families and communities, must join together on Nov. 6 to vote “yes” on Amendment 4.

Jeffrey Coltman-Cormier is a contributing writer with the University Press. For information regarding this or other stories, email [email protected].