The Owls can stretch their home-winning streak to 11 tonight. 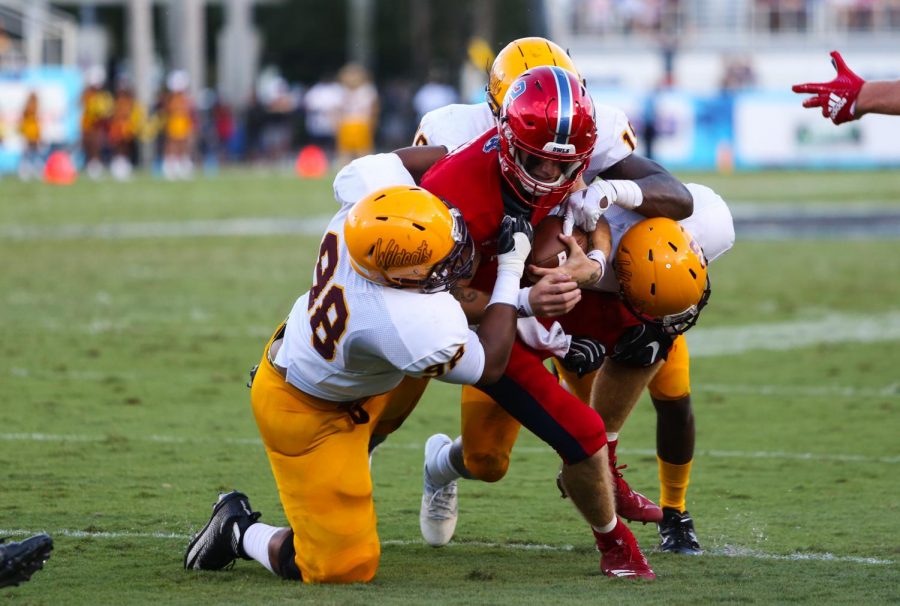 FAU quarterback Chris Robison (2) attempts to run down the field before getting tackled by three defensive Bethune-Cookman players. Photo by: Alexander Rodriguez

The Owls look to bounce back from their disappointing Week 8 blowout loss to Marshall, taking on Louisiana Tech under the Friday night lights of FAU Stadium.

Chris Robison hopes to put his four-interception effort from a week ago behind him in tonight’s must-win conference game.

Louisiana Tech has started strong this year, losing just two of its first seven games. One of those losses was to LSU, the No. 4 ranked team in the country.

The Bulldogs offense is headed by quarterback J’Mar Smith, who has passed for 1,723 yards, 11 touchdowns and only six interceptions on a 58.2 percent completion percentage this season.

While those aren’t necessarily Heisman-level numbers, they are exceptional compared to what FAU has done at quarterback thus far. Robison has been uneven in his first year as the Owls’ starter, tossing 10 interceptions to just eight touchdowns through seven games.

If FAU is going to win this game, Robison needs to outduel Smith through the air – something he was unable to do against Marshall signal caller Alex Thomson last week.

The Owls are 1-3 in their last four games against the Bulldogs. They hope to snap that skid behind the arm of Robison tonight, kickoff at FAU Stadium is set for 6:30 p.m.