Using mangrove-inspired models to stop beaches from wearing away could possibly save millions of dollars. 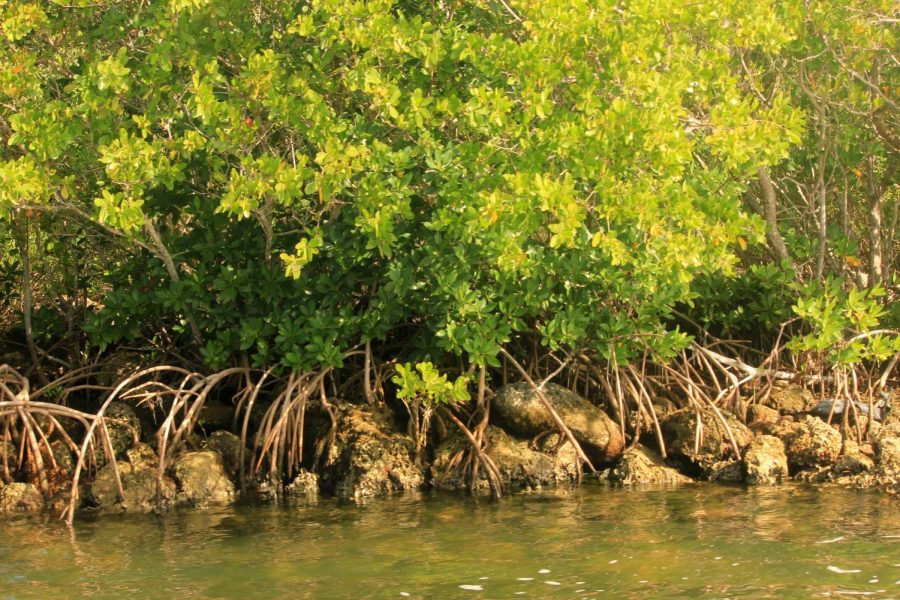 Coastal erosion is a problem worth millions of dollars to solve — but nature just might hold the answer to fixing it.

Amirkhosro Kazemi and his advisor Oscar Curet have been researching mangrove roots for five years in hopes of reducing coastal erosion, which is when waves and other factors eat into the beaches and reduce land. Traditional walls against erosion like concrete and steel have been inflexible and expensive to construct and maintain, but bio-inspired structures that mimic properties of the mangrove have proven to be just the opposite — more compact, flexible, and environmentally-friendly.

About half of Florida’s coast, a total of 411 miles, is considered “critically eroded” due to storm damage and building codes that support seawalls to hold back water while those same structures goad on beach erosion, reported Slate. Some shores even lose up to 18 feet a year, encroaching on towns and homes, and Florida spends over $100 million per year replenishing shorelines — a chunk of money that isn’t stopping the rapid decline, according to Naples News.

Funded by doctoral student fellowship Link Foundation and the Janke Foundation for environmental sciences at FAU, Kazemi began to take a closer look at the mangrove roots’ dynamic interactions in 2013 as a possible solution, research that began while he was pursuing a doctorate but would last beyond the diploma.

“It turns out that nature has solved this problem for us,” he said.

Kazemi and Curet have created a model made of cylinders to mimic the properties of mangroves, including its flexibility, its ability to absorb water, and the spacing of its roots. Less erosion is seen from storm surges and tsunamis as a result of the plant’s characteristics.

The mangrove’s strong root systems also allow it to withstand the daily tide’s flow by slowing the rushing water down, allowing sediments to settle and building nutrient-rich mud.

These artificial mangroves can be placed in coastal areas to protect against erosion, and also provide something crucial that the traditional walls cannot provide: valuable habitats and breeding sites for fish.

Their peer reviewed article on this research appeared in the journal of Bioinspiration & Biomimetics last year, focusing on drag coefficient, which is “a measure of the force which water exerts on the roots,” according to Kazemi.

“Mangrove has proven to have the highest solidity among the vegetation, therefore, can absorb more energy from the water (i.e more drag force) and thus less erosion takes place,” he said.

Additionally, the mangrove-inspired system may be able to harvest kinetic energy through the water’s current, research that is still in its early stages. Batteries and sensors could potentially be powered by this pollution-free extraction of renewable energy in place of fossil fuels.

“Tidal currents are in places where you actually extract that energy. So seems to me that [we can use that] kind of untapped source of energy,” Curet said.

Jamie Moubarak is a contributing writer with the University Press. For information regarding this or other stories, email [email protected]