Luke Turner outlined the progress made in his first semester as governor. 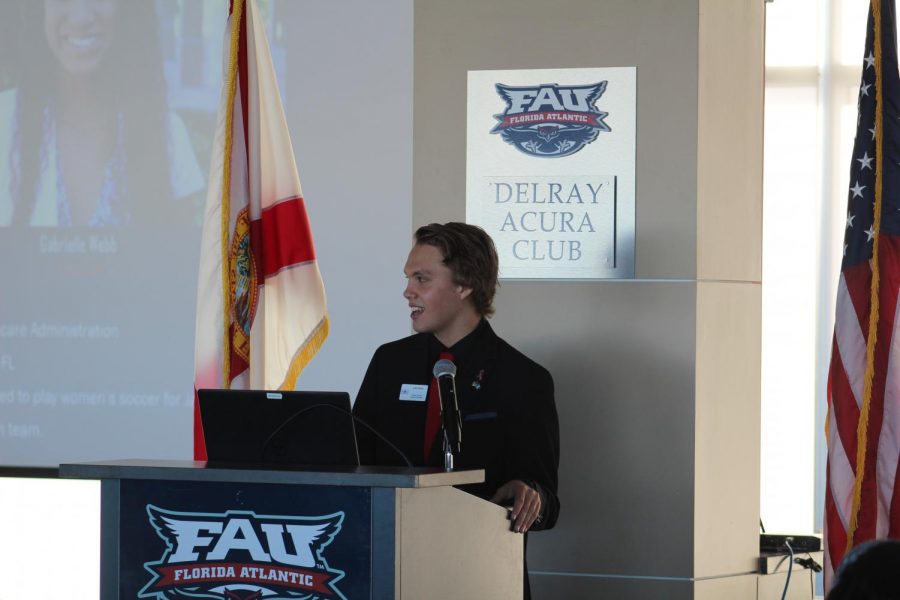 Boca campus Governor Luke Turner delivered his “State of the Campus” address to over 50 people Wednesday.

The annual address detailed Student Government’s various events and initiatives that took place this past semester. Turner also talked about the different departments in SG, acknowledging their impact on both the Boca campus and the surrounding community.

“As a first-generation college student, I am thankful to attend a university that has impacted my life and the lives of others,” he said as he delivered his speech in the FAU Stadium Acura Club room.

Several achievements were named, like Program Board’s booking of 21 Savage and Juicy J to headline OwlFest this year, as well as Civic Engagement Week, which helped over 200 students register to vote.

A new SG program, PEP Talk, was then brought up. The initiative connects students to the on-campus Counseling and Psychological Services to spread awareness of mental health issues.

Turner reflected on the Council of Student Organization’s accomplishments, saying that there are currently “385 organizations … Talk about progress!”

He closed the speech by crediting his staff and contributors for this year’s efforts.

“It definitely takes a village,” he said. “It’s so important to recognize the great work that our Student Government programs are accomplishing.”

Sophie Siegel is a staff writer with the University Press. For information regarding this or other stories, email [email protected].