Lane Kiffin agrees to stay at FAU through 2027

While his salary won’t change, the head football coach’s new contract includes multiple bonuses if the Owls do well. 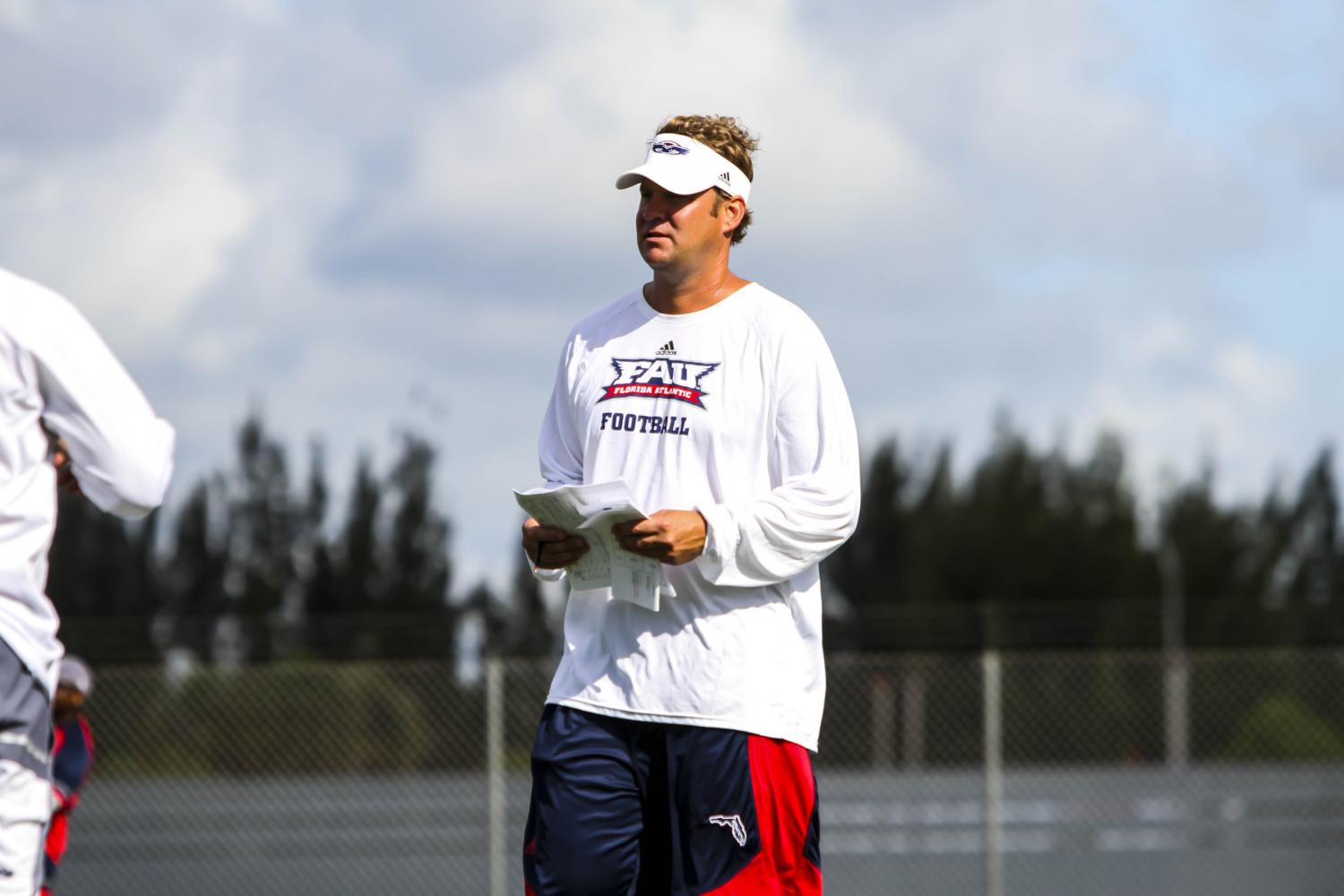 After almost two years as head coach, Lane Kiffin has signed on for another 10.

And with the new contract, Kiffin has the opportunity to add to his paycheck. The performance bonuses include, winning the Conference USA title game ($40,000), being invited to a postseason bowl game ($100,000), and winning a national championship ($1 million), says Owlaccess.com.

While his base salary of $950,000 will not change with the new deal, Kiffin could earn an additional $50,000 every year he stays with the program.

The head coach originally agreed to stay on through 2021, but extended his contract through 2027 after the Owls’ Boca Raton bowl win last December.

In Kiffin’s first season, the team went 11-3, finished the season on a 10-game win streak, and won the first C-USA championship in program history.

Kiffin and the Owls kickoff the 2018 season at Oklahoma Sept. 1.

Matt Brown is the co-sports editor of the University Press. For information regarding this or other stories, email [email protected] or tweet him @mattyb407.