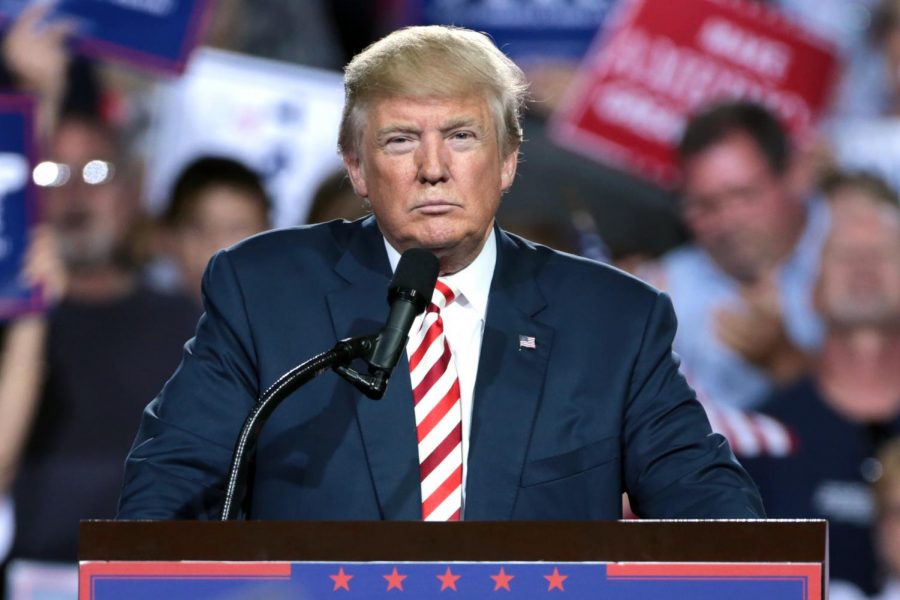 President Trump’s approval rating hit a record high in Florida, but college students are torn on whether or not that matters.

Trump’s approval rating came in at 43 percent, according to the university’s Business and Economics Polling Initiative survey of 1,000 Florida voters. This is the highest he’s received since taking office.

College Democrats President Marina Braynon said, “Focusing on the president’s approval rating is irrelevant, given that historical tyrants have also had high approval ratings at the expense of marginalized minority groups.”

Braynon told the UP that his administration’s idea of what it means to be American is “narrow.”

“Transgender military personnel, women seeking health services, Muslim Americans, and children who were brought to this country to escape poverty and violence are apparently not what they meant,” she said.

Meanwhile, College Republicans President Tyler Gidseg said Trump’s approval rating record is “amazing.” He added that he believes that the president has done a lot of good for this country, though he admits not everyone will agree.

“He’s doing a great job … stonewalling his efforts, he’s done a tremendous amount of good. Look at the amount of jobs he’s gotten,” he said. “Security for America, and protection in terms of immigration all across the board.”

Among the poll’s other findings:

When asked what the most important issues are, Florida voters chose immigration (23 percent), healthcare (20 percent), the economy (13 percent), and gun control (12 percent).
As to their thoughts on Trump’s border wall, 44 percent of voters were for it and 56 percent against. After they were informed the wall would cost the U.S. $15 billion, the support dropped 10 percent.
The survey respondents were almost evenly split among parties. Thirty-four percent were registered Republicans, 34 percent registered Democrats, and 32 percent registered Independents.

Cameren Boatner is the news editor of the University Press. For information regarding this or other stories, email [email protected].