Owl of the Week: Ashanti Suave

The young entrepreneur shares his origin story, inspirations, and advice for those looking to start their own businesses. 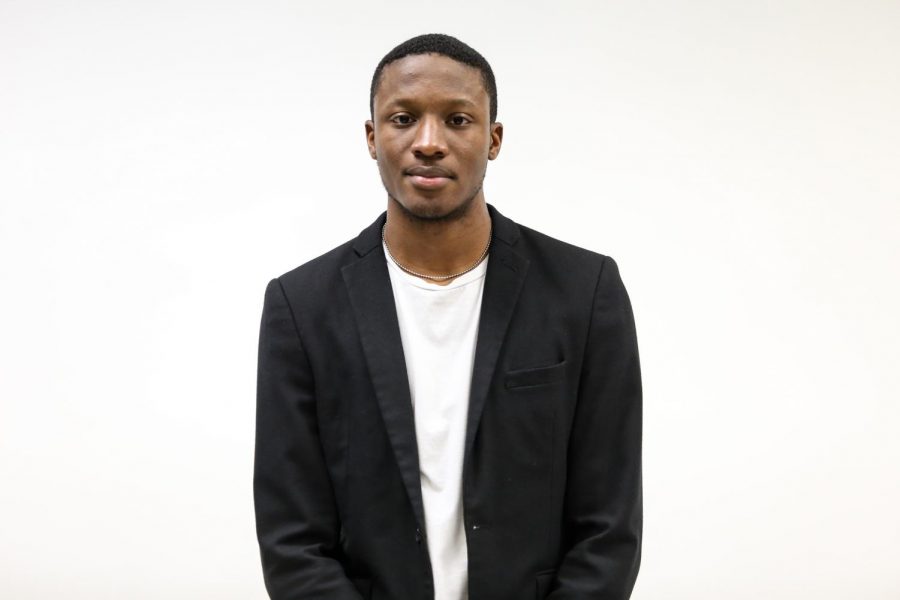 This story is part of a recurring feature meant to highlight members of FAU who are accomplished in their field, i.e. leaders, entrepreneurs, creators, etc. If you would like to nominate someone for Owl of the Week, email Features Editor Hope Dean at [email protected] Students, faculty, staff, and alumni are all eligible.

Making something out of nothing may sound like a magic act, but to Knowledge “Ashanti” Suave, it’s a profitable career — entrepreneurship.

The 22-year-old management and information systems major has helped develop three different companies, ranging from managing social media to physically moving merchandise. He specializes in the entertainment industry, but if anything else catches his eye, he’ll go for it.

“It comes from someone pitching an idea, and it’s like, ‘all right, let’s do it,’” he said.

The idea for his first company sparked in snowy Chicago several years ago. Suave had just moved to the area, and being cooped up inside the house jump-started his creativity. He dreamed of starting a production company called “Boredom Fighters,” a “hub for entertainment” featuring musicians, stand-up comedians, and other performers.

“I just wanted to have a group of entertainers that are all in one spot, and have them produce content together. Since I wasn’t able to create it up there, I made sure to create it when I got FAU,” he said.

This bud of an idea would later flower into ManLookTV, a Youtube, Instagram, and Twitter-based company that makes its money by throwing parties anywhere from Boca to Miami. About 300-700 people attend each party, depending on the size of the venue they rent out, he said.

When Suave first came to FAU, he met and made friends with creative minds of all kinds— rappers, filmmakers, artists, etc. They started to produce fast-paced comedy skits on campus, and their name spread across the university through social media, gathering an audience.

“We’ve kept it going for three years … I know most businesses fail very early on so I’m proud to still have it going,” he said.

Suave and a business partner decided to play around with the idea of a typical Taco Tuesday by adding game nights, contests, karaoke, and spring break catering to the formula.

The more interesting the options, the more likely they are to stand out from similar events. Anywhere from 30-200 people can show up to an event, depending on the week, he said.

Suave’s latest project, however, recently opened its doors to business: Dope Smoke in Pompano Beach. It’s your typical smoke shop, he said, and he partnered up with his long-time mentor and fellow entrepreneur Joel Franklin to make it happen.

The two first crossed paths at FAU, where then-student Franklin owned an entertainment company named 2kLife and Suave was building up ManLookTV.

“The people in my company were head of Program Board, doing a lot of different things on campus, and then Ashanti and his [co-workers] were like the new kids on campus,” Franklin said.

Franklin’s community decided to reach out to the newbies, because “We knew how hard it was to do it by ourselves,” he said.

Franklin was the one who taught Suave how to structure a business and build a team. They were also connected by Suave’s interest in Franklin’s fraternity, Alpha Phi Alpha, and Taco Tuesdays, as Franklin owns the restaurant it’s hosted at.

“[Suave] just takes initiative and he has an entrepreneurial mindset … doing whatever it takes to get it done,” Franklin said.

Willpower is not as common as you’d think, he added. “People talk the talk, but it’s different to walk the walk.” Suave, however, has plenty of determination to see things through.

When they were developing the smoke shop, Franklin was busy with his other companies, including a bowtie shop and a music/photography studio, and Suave took the initiative to fill the gaps.

“[He] figured out who he needed to talk to, what needs to be done … He didn’t sit around waiting for me to say ‘hey, can you do this?’ It’s just more so ‘ok, what needs to be done? Ok, how can I get it done?’” Franklin said. “Ashanti is a pretty great example of character … I’m just proud to have been a part of his development as a leader and an entrepreneur.”

“Before you go into any business, you need to know almost everything you can about it, or you can start losing a lot of money,” he said.

You don’t necessarily need a hefty sum of cash to get started either. Plenty of grants are out there and plenty of people will give you money because they believe in your idea and in you as a person, he said.

To Suave, the hardest part of pursuing this way of life is the fact that you get paid for how hard you work, not by the hour. But if you truly care about what you’re doing, your passion will drive you to work harder.

“You just have to know what makes you happy. If working and getting paid by the hour makes you happy, then do that, but if you know that genuinely doesn’t make you happy, that you need to be in a creative space in order to get your happiness, then do [it] … and just work twice as hard at it than anybody else would,” he said.

In the future, Suave hopes to get involved in the real estate industry by buying a multiplex building and renting out the rooms. For now, however, he hopes to continue his local projects and inspire those around him.

Suave jumped from state to state and country to country as a kid — Georgia, Chicago, New York, Florida, Dubai. But he didn’t let the constant uprooting hold him back and he believes others can overcome tough situations as well.

“If I moved a lot growing up and I can still make something out of myself, I feel like almost anybody can do it as long as you have the drive,” he said.