This is the first time in series history the Owls defeated Miami all three times they played. 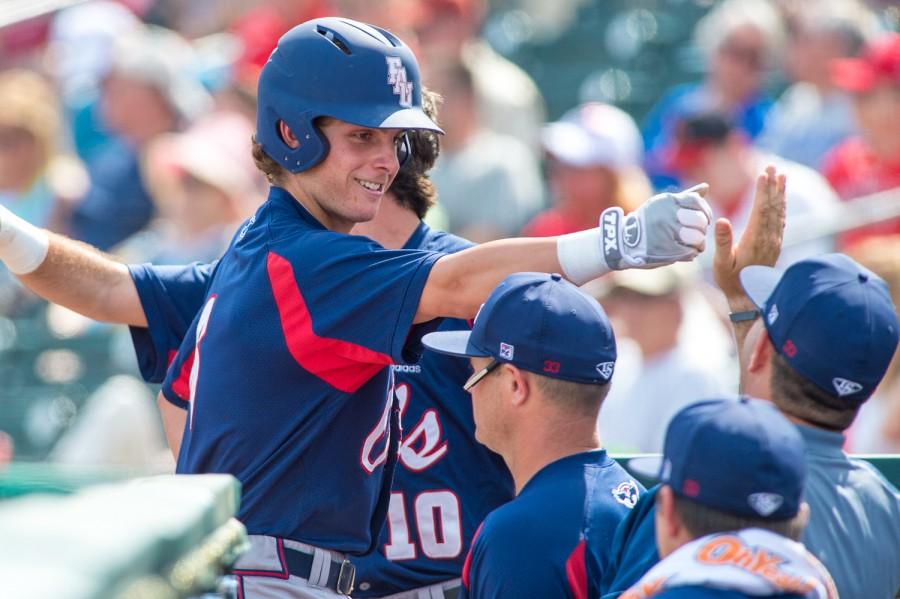 AU Baseball defeated Miami for the third time this year Wednesday 7-4. It was the first time in program history that the Owls have defeated them in every regular season meeting in a single season.

The Owls (21-8) have won four in a row coming off a season-long three game losing streak.

The Hurricanes (12-16) are currently on a season-long six game losing streak and have just won four of their last 12 games.

Junior shortstop Tyler Frank led things off for the Owls in the top of the first with a double to left field, the 24th straight game he has recorded a hit.

That ties the program record for consecutive games with a hit set back in 1994 by Kevin Connacher.

Frank was sent home on a single to right field from junior third baseman Joe Montes.

Montes eventually scored on a sac fly later in the inning, along with redshirt senior right fielder David Miranda on a separate sac fly to give the Owls an early 3-0 lead.

“It was a great way to set the tone,” said McCormack. “It was good to get up 3-0 and put those guys on the defensive a little bit.”

The Hurricanes cut into their lead later in the bottom half of the third.

Third baseman Romy Gonzalez started things off with a single through the right side, eventually advancing to second on a failed pickoff attempt.

Gonzalez scored on a triple to right center field from shortstop Freddy Zamora.

Zamora eventually scored the Hurricanes second run of the inning, coming off a single to left center by second baseman Willy Escala, to pull the Hurricanes within one 3-2.

The Hurricanes tried to cut into the Owls 7-2 lead but could only muster two runs over the next three innings, eventually falling 7-4.

Frank was 2-for-4 with one run scored. Miranda was 3-for-5 with three runs scored.

Junior pitcher Zach Schneider got his ninth save of the year, needing just seven pitches, striking out one of his two batters faced.

The Owls continue conference play with a three game series at home against Charlotte from April 6-8.