Owl of the Week: Rylie VanOrsdol

The 19-year-old grad student with synesthesia shares her past and outlook on life. 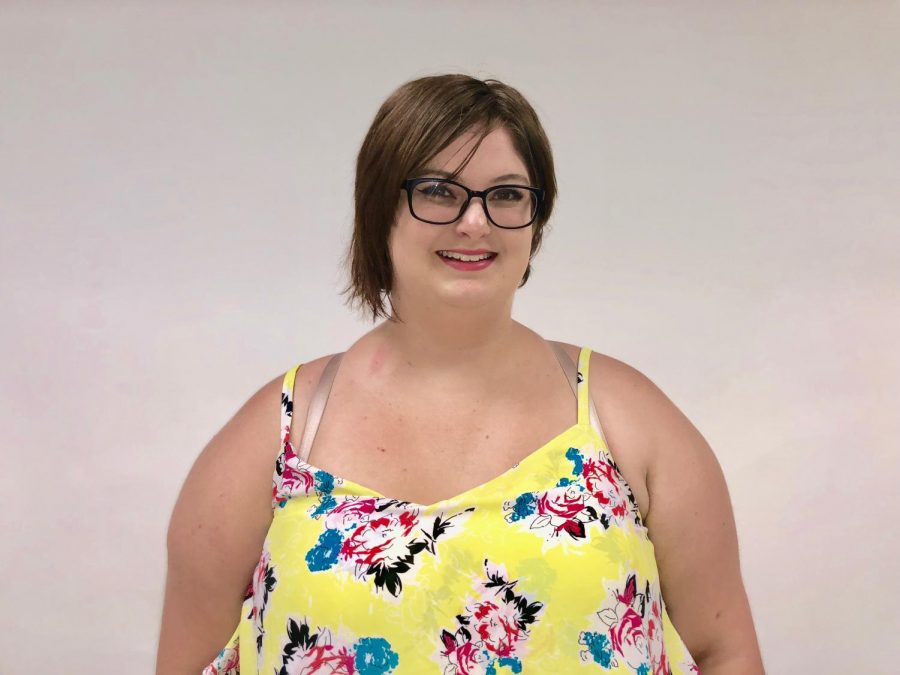 This story is part of a recurring feature meant to highlight members of FAU who are accomplished in their field, i.e. leaders, entrepreneurs, creators, etc. If you would like to nominate someone for Owl of the Week, email Features Editor Hope Dean at [email protected] Students, faculty, and staff are all eligible.

Rylie VanOrsdol sees the world differently. In fact, she doesn’t just see it differently — she hears, tastes, smells, and feels the world in a way that most people never will.

Synesthesia is a neurological anomaly in which a person experiences a “crossing” of the senses. A synesthete might be able to see sounds, feel color, or taste smells. Concepts like letters, numbers, or shapes can appear color-coded, textured, and animated in ways that aren’t typically perceived by others without the condition.

VanOrsdol diagnosed herself with synesthesia in middle school and has been spreading knowledge about it ever since then. Still, this isn’t her only unique feature — the 19-year-old will be graduating from FAU with a master’s degree in social work in spring 2019.

VanOrsdol was born to a firefighter father and paramedic mother in Bradenton, Florida. In her childhood, she moved over 13 times and attended several different schools. She had a less than pleasurable experience in the traditional education system, and found herself bored and ready for something more.

At one particular middle school, “I was several years ahead in multiple classes, so I was bored to tears. I had a lot of free time on my hands just sit around and do nothing. Often, they would ask me to clean things just because they wanted me to do something. It was very strange,” she said.

The already self-motivated student took that condescension as a challenge, and was determined to prove what she was capable of.

VanOrsdol decided to completely bypass highschool and go to college at the State College of Florida at the age of 14. Her experience there was one of a kind.

“Being 14 or 15 with peers that were in their 20s or 30s was interesting. There were a lot of awkward social situations,” VanOrsdol laughed. “One guy dropped a class because he found out how old I was and had been flirting with me.”

Students were accepting of her, but the dynamic could be strange at times.

“I was in a higher year, but I was definitely younger. They had more of certain experiences, but I had more of others. The social aspects were interesting, and they still are to be honest,” she said.

A year and a half later, she pursued her bachelor’s degree at the University of South Florida, studying psychology. And at 18 after she graduated, VanOrsdol thought: why not move on to grad school?

“I want to do psychotherapy eventually … It’s nice to have somebody you can talk to,” she said. “The way I look at it, anything I can do to help I will do. Getting my degree in this field, it’s what I can do to help. Plus, it’s just fun.”

With all her education, what VanOrsdol really wants to do is help people.

“I love people. I’ve always wanted to help people. Whether it’s major or minor, to them it might be the biggest thing in the world and to another person it might be nothing. I just want to make everyone feel like they’re okay. Whatever they need, I’ll be there for them,” she said.

VanOrsdol’s close friend and fellow FAU grad student, Darian Matos, shared a moment that shows her heart for others. She carries her planner and notes around 24/7 to make sure she’s on top of things, and on one day when she was stressed, VanOrsdol took it upon herself to write uplifting comments in her notepad. She recently found one saying ‘You’re my favorite weirdo.’

“It really made me smile,” she said. “This grad program is difficult and I just remembered being super grateful to have someone like her in my group. She genuinely cares about the well-being of people. She is a fierce friend and I love that.”

As someone with such an unusual life path, it has sometimes been difficult for her to find people to relate to.

“I used to feel that a lot, the really big desire to be around people who were more like me. But, now I feel like I’m at home,” she said about her friends in the graduate program.

When VanOrsdol isn’t studying or working at her internship with Jewish Family Services senior department, she enjoys writing and art. Some of her paintings are a peek inside the mind of someone with synesthesia.

One particular painting shows the colors and shapes she sees when she hears Lana Del Rey’s “National Anthem.” 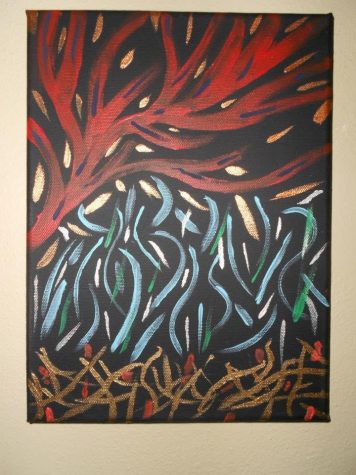 A painting of VanOrsdol’s that shows how she perceives Lana Del Rey’s “National Anthem.” Photo courtesy of Rylie VanOrsdol.

“The very first part of that song, where there’s fireworks, I feel them like pop rocks in my skull,” she said.

Another is a colorful chart of how the alphabet appears to her and the way white noise looks in her mind.

VanOrsdol’s alphabet, in which each letter is connected to a color. Photo courtesy of Rylie VanOrsdol.

“I think my synesthesia honestly helps me a lot,” she said. “It allows me to remember things in more modalities than the average person.” 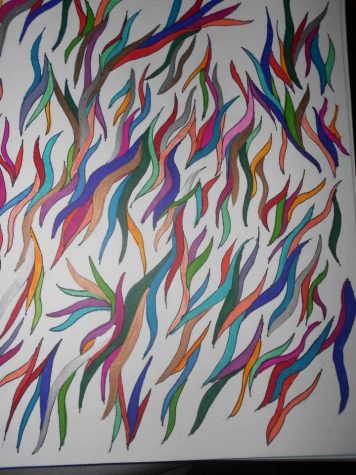 There are many possible opportunities for VanOrsdol after graduation, including jobs counseling LGBT people, a cause close to her heart as a bisexual woman. Nothing is set in stone quite yet, though.

Eventually, VanOrsdol hopes to live in Washington D.C. She would like to be a part of the political scene and soak in all the history.

“I’m very feminist and about LGBT rights, so there would be a lot I could jump into there,” she says.

What VanOrsdol has taken away from her experiences is to appreciate and respect everyone’s individual journey.

“I’m not one of those people who’s going to say, ‘Oh I did the right thing and you should do it too,’” she said. “Just work hard and do the best you can. If that’s straight A’s and a 4.0 for your medical degree, good for you! If it’s straight C’s, good for you, you passed! I think everyone who’s here is doing a really fantastic job. This is not an easy school to get into by any means and they’re working hard. That’s awesome!”

Rachel Gavilan is a contributing writer with the University Press. For information regarding this or other stories, email [email protected].