From ex-military to ex-wrestler, those who return to school after the age of 25 come in all shapes and sizes and with an array of goals to obtain. 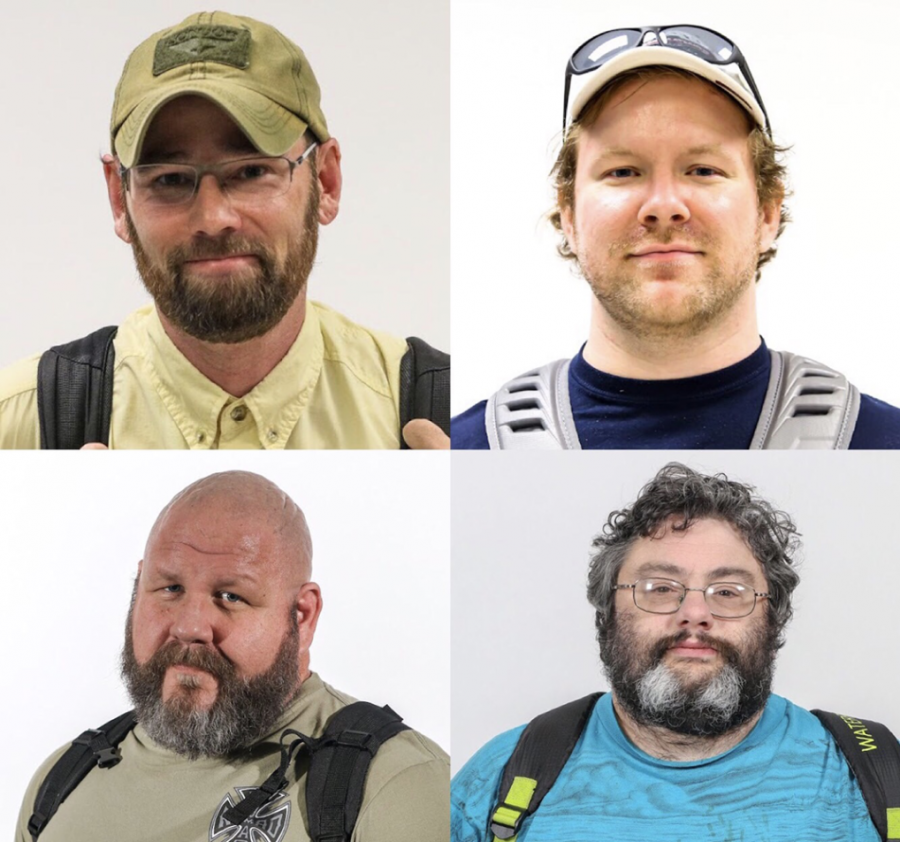 ou’re never too old to learn something new.

“I didn’t even have whiteboards, I had chalkboards when I went to school. I remember when we used to bang the erasers,” James “Chris” Hall said.

Now he’s scrolling through Quizlet at 46, accessing flashcards and notes for his multimedia journalism major and commercial music minor.

As of 2014, 32 percent of FAU’s student body is 25 or older, classifying them as “nontraditional,” according to the FAU Office of the Provost.

And all across the country, the number of older college students is on the rise.

About 40 percent of U.S. college students were nontraditional in 2016, and these numbers are expected to rise 14 percent by 2024, according to media company Keypath Education.

In a nutshell, “Nontraditional is the new traditional,” said Daniel J. Hurley, a director of the American Association of State Colleges and Universities.

So the question stands: why now?

For many, it’s to finish what they put on the back burner for military service.

Hall, the former president of FAU Veteran Owls, entered the National Guard as a senior in high school and enlisted in the military in 1988. Over his five years of service, he was stationed in Korea as an infantry rifleman and in Fort Campbell, Kentucky as a member of the the 101st Airborne. But eventually, all the cartilage in his knees was completely gone.

“I’ve been told by my sergeant major that each year in the infantry is equivalent to five normal years of aging. I mean, think about it. When you [haul] a 100-pound rucksack … all that impact on your knees,” Hall said.

Due to this injury, Hall was granted vocational rehabilitation, a federal-state program that helps veterans keep or find a job after their service — and in many cases, this includes getting a degree.

He has been in and out of school for the last 20 years, from Mercer County Community College in the suburbs of New Jersey to FAU in South Florida.

In between school, he worked several jobs, from Transportation Security Association after 9/11 to a country club in 2011. Now he works 20 hours a week at Veteran Owls’ work-study, a program that allows veterans to hold a job connected to the U.S. Department of Veterans Affairs while taking college classes.

After he graduates, Hall hopes to work in the music industry.

“For the last 20 years, when I’m not working or busy, I’ve been involved with the Electronic Dance Music industry. I’ve been going to raves since 1995 on the regular,” Hall said.

His commercial music minor has “opened his eyes” on how to become an entrepreneur and work with copyright law. He dreams of starting his own business where he can bring artists together to collaborate, especially through video.

Chris Griffith, 31, is a freshman math major attending FAU under vocational rehab as well. He suffers from muscle failure and tears that aren’t healing and is currently in physical therapy for his ankles, back, and shoulders.

“Constant damaging workouts, pushing yourself to a limit and then going past that limit almost every single day, makes it so that your body can’t heal those things. You just get scarred,” he said.

Griffith joined the army at 27, originally attending Hagerstown Community College in Maryland at 17 before deciding it wasn’t for him.

He later joined the army to get out of Maryland and see new places and meet new people. This led him to eventually work with SouthCon, the headquarters for the southern army in Miami. But because of his injuries, he had to leave the service.

“I had enough physical disabilities on my record where they’re like, ‘You’re basically a liability, by staying in you could really injure yourself, so we’re just going to retire you,’” Griffith said.

He decided to go back to school to combat the boredom and pursue something “fun and interesting.”

“I wanted to do something a lot harder, because I’m in a position in my life where I’m like, ‘I’ve tried a lot of difficult things, I’m going to do something really difficult,’ so I’m going with a math degree … I’m a quick learner, and I enjoy doing that,” he said.

He hopes to use his degree to work in either research development or physics.

Shawn Ambrosino, 44, is an interdisciplinary studies major with a focus in English. Ambrosino is currently a senior at FAU, although he’s collected an assortment of his credits at other colleges, including the University of Central Florida and Palm Beach Community College.

Ambrosino made his living as a pro wrestler for 13 years until 2011.

“It’s a lot of travel. When I was doing the local circuit I was going every weekend, leave on a Friday come home on a Monday. When you go with a big company like the [World Wrestling Federation] … you’re gone five days out of the week,” he said.

As for why he’s returned to college, the answer is simple: “I just want the piece of paper. It’s a badge of honor, it’s something that I don’t actually need — I have my own publishing company as well — but nobody in my immediate family besides my wife has graduated from college. It’s a gift to my family as well as myself.”

For Charlie Richards, now a 51-year-old senior majoring in English, he chose to go back to school to better his chances of future employment.

Richards went to the University of California, Los Angeles after high school with the same major, but preferred the social aspect over studying. When he was offered a job at record label Town Hall Records in California, he chose to pursue that instead.

“I figured, ‘Well, I love my work, I can support myself with it, why don’t I just go with that?’ I had no foresight to realize that the whole record store thing would eventually just completely vanish,” he said.

He later moved to Florida in 2010 to take care of his elderly parents and soon realized that his job opportunities “weren’t that great” with only a high school diploma. He wrestled with the idea of returning to college, reasoning that he was too old to go back, but changed his mind after talking with a friend who was a nontraditional student.

“I like school. I like learning. I went back, and it’s one of the best decisions I’ve ever made, I think … It just feels like the right thing at the right time,” Richards said.

After finishing his bachelor’s degree, he plans to attend graduate school and maybe even pursue a Ph.D.

“When I meet people on campus they always assume I’m a professor,” he laughed, which is fitting, given that he wants to be a professor or a tutor one day.

“I’m taking it one day at at time, and when the right thing comes along, it’ll happen,” he said.

As for standing out among a sea of younger students, the reactions of every nontraditional student vary.

Hall was once sensitive to it, but the fact no longer bothers him, as he sees college as an equalizer.

Richards feels much the same way, although he said he still finds himself bashful about it from time to time.

“I was afraid that they might think I’m some kind of old fogie and would stay away from me, but I think I’ve been treated very nicely … I’m the one that actually feels a little self conscious, when I’m in a room full of 20-somethings, and I’m in my 50s. It feels kind of weird,” he said.

Griffith doesn’t mind in the slightest.

“In the army, I was surrounded by the same age of people, like 17 and 18 year olds, and I was older, so they were quicker to look up to me because I had some experiences in life. Here? I think we’re all learning the same thing … looking at things the same way,” he said.

Ambrosino said he feels his age is more of a factor in his interactions with students.

“[I’m treated] the same way you would treat a gorilla at the zoo — mild interest, with a mix of fear,” he said. “I feel weird knowing that I’m probably older than some of these kids’ fathers.”

However, all of them can agree on one thing — returning to college at a later age has given them an edge they didn’t have before.

“[I’m] very experienced on reaching deadlines, don’t mind staying up all night working on things … [you] basically have this thing in your head where you’re thinking, ‘I’ve done way worse than this … so this is cake,” Griffith said.

“Discipline. Just the daily act of reciting a creed, making your bed — you’re already accomplished something. It’s vital that we do these because even Aristotle taught [that] excellence is not an act, it’s a habit … In the military I learned that. My old sergeant major had a saying — ‘March or die, motherfucker,’” he said.

Ambrosino said that although he feels a disconnect from younger college students, he knows he’s in the right place.

And while Richards may have struggled with college before, he said he’s doing just fine now.

“It’s amazing how different I am now from the way I was when I was 18. I enjoy learning now, and studying, and reading. I like the fact that I’m returning later, because … I can take my life experience and everything I’ve learned from those years to my studies now,” he said.