Tatum Buckley earns three of the team’s four wins, two of which were complete game shutouts 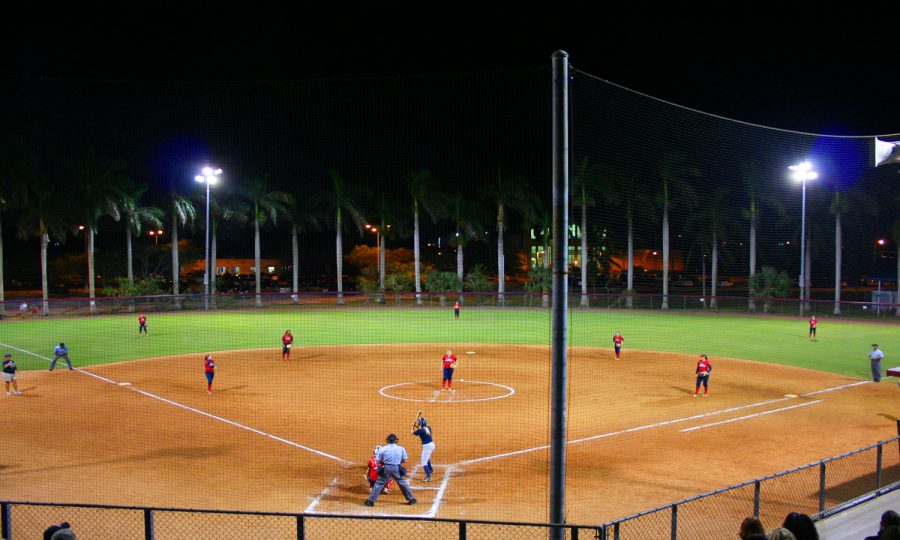 After losing its season opener, Florida Atlantic softball won four of the next five games in the “First Pitch Classic” season opening tournament. Tatum Buckley helped the Owls (4-2) earn three of those four wins, two of which were complete game shutouts.

Here is a recap of each game:

After trailing 4-0 early in the game, Sophomore center fielder Madisyn Palmer was able to drive the Owls first run of the season. She sent in fellow sophomore Sami Williams in the bottom of the third  after a bases loaded grounder to first.

Senior shortstop Emily Lochten would then pull the Owls within two runs after a solo home run to left in the bottom of the fifth.

Senior pitcher Tatum Buckley hit her own solo shot to center in the bottom of the sixth to cut into the Blue Devils lead 4-3. That’s the closest the Owls could get on the scoreboard, as they would eventually fall 4-3.

Junior Lauren Whitt was one of three Owls players to get a single.

After falling behind 1-0 early, Buckley’s double to right field scored Palmer to tie it at one. Junior pitcher Mia Olson then drove in Buckley to give the Owls a 2-1 lead, their first of the season.

They would hold onto that lead the rest of the game, eventually getting their first win of the season 3-2.

Junior pitcher Mia Olson earned her first win of the season. She allowed just 8 hits and two runs in 6.1 innings. She also struck out six.

It was a pitcher’s duel early on in the Owls first game against Michigan State. Owls Senior pitcher Tatum Buckley did not allow a hit until the top of the fourth, while Spartans pitcher Bridgette Rainey struck out nine of the first 18 batters she faced on her way to a career high 11 strikeouts.

Buckley helped put the Owls on the board first with two outs in the bottom of the fifth with a single to right that scored junior center fielder Madisyn Palmer from third base.

That’s all the team needed as Buckley pitched a complete game shutout while only allowing three hits and one walk. She also threw five strikeouts.

Palmer was 1-for-4 with a double and scored two runs. Senior shortstop Emily Lochten was 1-for-3 with a run scored.

The Owls didn’t wait long to score in the second game of the doubleheader, as third baseman Tatum Buckley sent a single down the left field line in the top of the first to score Lochten. Bethune Cookman would then take their pitcher out of the game after the Owls had runners on second and third with no outs.

Shortly after, Palmer scored the second run of the inning after a sacrifice bunt by sophomore catcher Kaitlyn Burke.

The Wildcats would answer right after in the bottom half of the inning, tying the game up at two after a homer by right fielder Ryan Jackson.

Palmer would then give the Owls the lead once again in the top of the third after a single by Buckley.

The Wildcats would then tie it up once again at three in the bottom of the fourth with a solo homer by Jackson, her second of the game.

Lochten’s solo homer would then help the Owls regain the lead 4-3 in the top of the fifth.

With just two outs to go in the final inning, the Owls decided to pull freshman pitcher Kara Lokeinsky during her first career start. At that point, she had allowed just three hits and one earned run along with striking out three.

Head softball coach Joan Joyce decided to put in Tatum Buckley, who at that point was playing third base and who earlier that day pitched a complete game shutout.

After an error allowed Wildcats third baseman Bryanna Campos to reach second base, catcher Taylor Sherritt singled to left center drove her home to tie the game at four and send it into extra innings.

“Tatum did her job. We didn’t do our job,” said FAU head softball coach Joan Joyce. “We kept on just shooting ourselves in the foot. Every time we would get ahead we would just give up another run and let them come back on us. We had plenty of opportunities in the game to score more runs and just didn’t get it done.”

After starting extra innings with a runner on second base, a bunt single by Buckley gave the Owls a runner on first and third with no outs.

With one out and the bases loaded, the Owls hit into an inning ending double play after a line drive was caught by the third basemen Campos, who then threw it back to first to get the final out of the inning.

After the Wildcats failed to produce anything in the bottom half of the inning, junior Lauren Whitt gave the Owls a 5-4 lead after a wild pitch. They would eventually add three more insurance runs to take a 8-4 lead.

Down to their final three outs, Bethune Cookman could only muster up one run eventually giving the Owls the 8-5 win in extra innings.

Along with going 4-of-5 for with three RBIs, Buckley was able to get her second win of the day after allowing just three hits and striking out three in three innings of work.

Lochten was 2-of-4 for a home run and two RBIs. She also had three runs scored and two stolen bases.

Palmer was 1-of-4 and scored three runs along with stealing two bases.

The Owls kept it close in the game, only being down 1-0 heading into the top of the fourth despite not recording a hit at that point.

The Buckeyes broke it open at that point, scoring six runs in the top of the fourth to take a 6-0 lead.

The Owls stopped the bleeding a little, scoring one run to make it 8-1 after the fifth but couldn’t get any closer than that.

They eventually lost 10-1 to end their three-game win streak. Freshmen infielder Alex Acevedo was 1-for-2 and scored the lone run for the Owls.

Palmer and Olson recorded the only other hits for the game.

The Owls got it started early in this game, scoring two runs in the first inning off of a single up the middle by Olson scoring Lochten and Palmer.

They didn’t need much offense after that, due to Buckley not allowing a hit until giving up a single with two outs in the top of the sixth.

In the bottom half of the sixth, Acevedo added an insurance run  scoring sophomore Sami Williams off of a sacrifice fly to right field to make it 3-0.

The Owls couldn’t add to their lead after that, eventually winning the game 3-0.

Buckley pitched her second complete game shutout of the weekend. She allowed just one hit and two walks in seven innings pitched along with striking out one.

“Tatum comes to play 110% every game that she plays,” said Joyce after the win over Michigan State Friday night.

FAU will travel to Clearwater to take part in the Michelle Smith Pediatric Cancer Invitational from Feb. 16-18. The team will start off on Friday, Feb.16 with a game against Oakland at 11:00 a.m. before facing off against Oklahoma State at 4:00 p.m.