More than 50 students attended the event held in the Live Oak Pavilion. 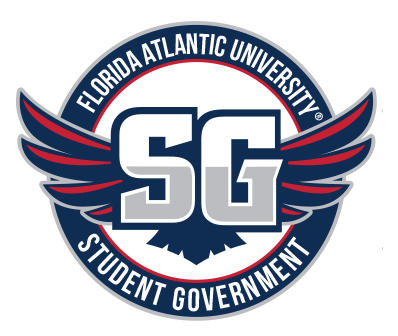 Students and faculty gathered at the Live Oak Pavilion on Thursday to meet the Student Government presidential candidates for the annual SG presidential debate.

Questions for the candidates included transparency, student organization finance issues, and how the president could better communicate with the six major FAU campuses.

Eltawil said he wants bi-weekly check ups with each campus.

“I want to have an open door policy so it goes both ways and I can hear you. If any campus has a issue, they can come to me,” Eltawil said.

Labayne also plans for bi-weekly updates but said she’d be more communicative with the campuses by delivering the information in-person.

“I plan on going to each of the campus every month to keep them up to date about what’s happening with the university and improving transparency between each campus,” she said.

When asked about previous transparency issues, Labayne’s running mate, current vice president Kyle MacDonald, said that there weren’t any specific examples he could recall but that it’s something Student Government hopes to improve upon.

“I think it’s just in general, college students are busy people so I think they have a lot of issues communicating. It’s easy to get caught up with what you’re doing, like working for the student senate,” MacDonald said.

For Eltawil and his running mate Acosta, the bigger issue they see is a surplus in the $5 million SG reserve.

“Every year the budget has about $2 million left over when you add fees from students. Last year me and Chris looked at the budget and found that we would have $5 million left over. So what I want to do is take the extra $3 million and relocate it to the clubs and organizations who need it,” Eltawil said.

The presidential election will be held Feb. 27 and 28. Students can vote on Owl Central and polling stations across campus.