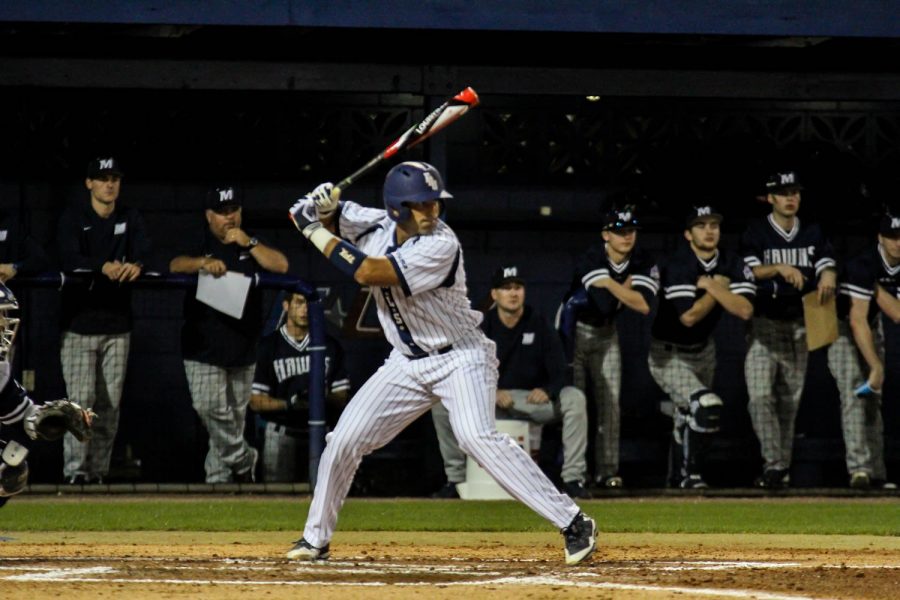 FAU Baseball fell to the defending CWS champion and No.1 ranked Florida Gators 6-1 in Gainesville on Tuesday night.

After an opening weekend sweep of George Washington where the Owls (3-1, 0-0 C-USA) only allowed one run through three games, the Owls gave up six times that amount to the Gators (4-0, 0-0 SEC) in Tuesday’s loss.

Gators pitcher Jack Leftwich started his first game as well and threw 63 pitches in 4.1 innings, giving up two hits and punching out five batters. He gave up both one walk and one run.

The Owls had seven hits compared to Gator’s six, but left six of them stranded and committed two costly errors that helped Florida win the game.

Redshirt sophomore Cody Wilson went 1-for-4 with a double.

Redshirt junior pitcher Blake Sanderson pitched an inning in relief while not allowing a hit and only walking one.

Redshirt sophomore pitcher Jordan Poore relieved Prather and pitched 1.2 innings, striking out one and giving up a walk and a hit.

Prather walked infielder Jonathan India, then gave up the first run of the game in the second off an RBI single from right fielder Will Dalton.

Prather collected two outs to open up the bottom of the third inning but outfielder Austin Langworthy then hit a double to right center; Langworthy later scored.

Florida’s plate discipline wore out Prather, as he hurled 68 pitches through three innings. FAU trailed the Gators 2-0 heading into the fourth.

Prather’s night was finished after giving up a homer and a walk in the fourth inning. FAU head coach John McCormack replaced him with the left-hander Poore.

The Gators scored an unearned run following an Owls throwing error later in the fourth. Florida left two stranded in the inning.

The Gators led the Owls 4-0 after four innings of play.

Leftwich walked redshirt-junior infielder Gunnar Lambert in the fifth to allow the first runner on base since Montes’ leadoff single to start game.

Leftwich was pulled in the fifth inning after allowing a walk and a double back-to-back . Junior outfielder Diamond Johnson then hit an RBI, scoring Lambert before the inning closed.

Dalton stole second and advanced to third after a Pages throwing error in the sixth inning. That play was the Owls second error of the game.

The Owls were able to keep the Gators out of the scoring column, leading 4-1 heading into the seventh.

Florida added two insurance runs in the eighth to bring its lead to 6-1.

UF now leads the all-time head-to-head series against the Owls 20-7 and has won the last four matchups.

FAU returns to Boca Raton for a three-game home series against Delaware, with first game set for Feb. 23 at 6:30 p.m.

Wajih AlBaroudi is a contributing writer for the University Press. For information regarding this or other stories, email [email protected] or tweet @WajihAlBaroudi