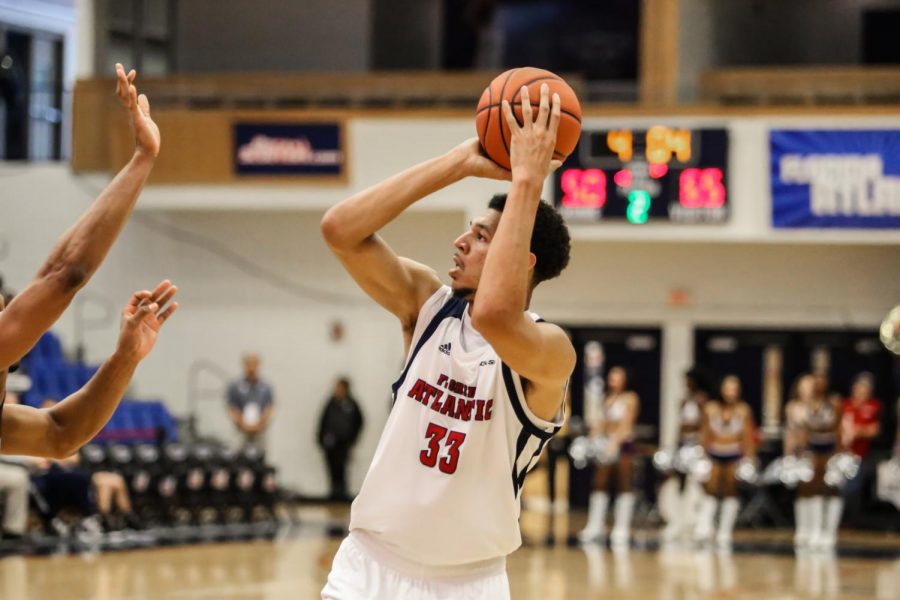 The Owls (9-11, 3-5 C-USA) lost their seventh in a row against North Texas (11-10, 4-4 C-USA) as Delph’s double-double and junior guard Anthony Adger’s second half scoring surge wasn’t enough to bring their team back from a 10-point first half deficit.

With 2:30 remaining in the game, Delph brought FAU within two points of the Mean Green with a steal and quick attack to the rim.

North Texas clinched the game with an uncontested slam dunk in transition that gave them a six-point lead with 1:21 left in the game.

The Mean Green’s inside play made the difference in Thursday’s game. They led 43-32 in rebounding and held a 34-18 advantage in points in the paint.

Adger provided an offensive spark for the Owls in the second half, scoring 10 of his 14 points on 5-of-8 shooting in the period.

The Mean Green’s double-digit lead was erased after Adger found his rhythm; he scored six  straight points for the Owls to tie the game at 43 with 7:18 left to go.

Both teams struggled offensively Thursday night, as each shot 38 percent from the field respectively.

The Mean Green’s leading scorer at 19.5 points per game, sophomore guard Roosevelt Smart, was held in check by the Owls.

Early foul trouble and extra defensive attention resulted in Smart being scoreless until hitting a pair of free throws with 2:07 remaining in the game.

Smart finished with four points on 0-of-3 shooting.

FAU head men’s basketball coach Michael Curry said he was proud of his team’s effort despite the loss.

“Guys competed and put themselves in a position to win” Curry said.

Delph had his 6th double-double of the season, adding six points off of three putbacks.

The Owls play their second consecutive game in Texas on Saturday, Jan. 27 against Rice at 3 p.m.

Wajih AlBaroudi is a contributing writer for the University Press. For information regarding this or other stories, email [email protected] or tweet him @WajihAlBaroudi.