Alcohol, confetti cannons, and an electric heater were some of the items that Kesha and Chase Bryant requested when they headlined. 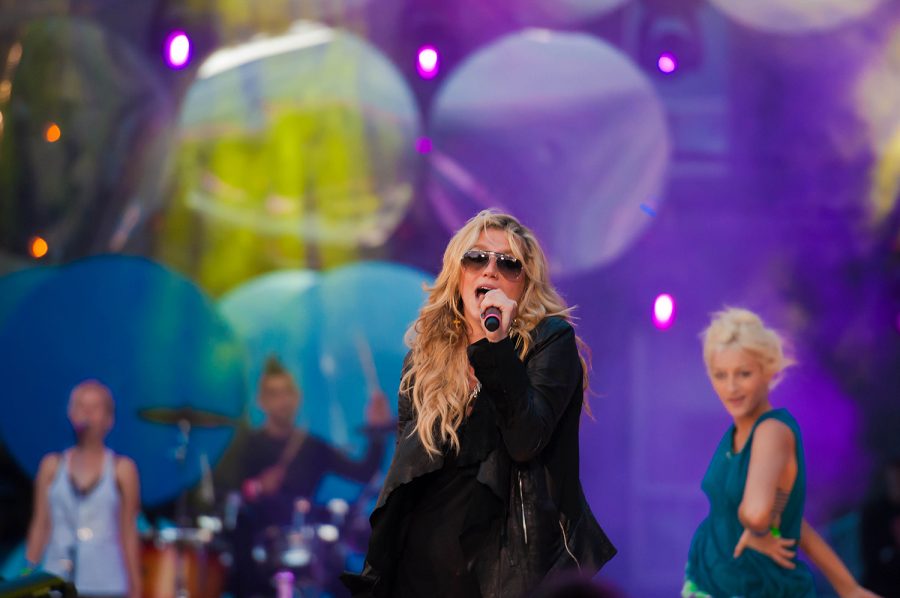 When a musician comes to FAU, they aren’t just being paid. They also have a list of requests.

After student-run organization Program Board makes a bid for an artist, they also have to negotiate the “rider,’ which lists everything from what equipment they and their crew require, what food and drink they want, and everything in between.

The University Press put in a public records request for this year’s Homecoming concert headliner, T-Pain, along with opener 30H!3, but has not received a response as of publication time.

With access to last year’s riders for both Kesha and Chase Bryant, we give a rundown on some of the artists’ stranger requests.

Some artists have asked for a selection of alcohol in their backstage room for both themselves and entourage members. At FAU, that’s a no-go.

According to FAU University Policy 1.2, alcoholic beverages are only allowed in certain designated areas (including residence halls like IVA and UVA and on-campus food service locations such as the Burrow). President John Kelly is the only one who can sign off on the changing of alcoholic policy at the university.

“The university condemns any act related to the consumption of alcohol that impairs, interferes, or endangers the safety or enjoyment of others, including the individual who chooses to consume the alcohol,” the policy says.

Chase Bryant asked in his rider for a bottle of Jack Daniels, Tito’s Vodka, and Malibu Rum. His rider does not list extra bottles for his band.

Neither artist were granted the respective alcohol.

Items that were rejected included a phone line and a high speed internet connection. But others were more interesting.

Among her furniture requests, she asked for sage bundles, a lavender candle, and an electric heater. FAU doesn’t allow exposed flames or heating elements in any of their buildings or residence halls.

She also asked, and was subsequently denied, 10 24-inch confetti cannons for use during her performance.

As a provision within her contract, Kesha said that she didn’t have to talk to any media or give interviews after her show last Homecoming. But at the last second, the artist also made a change to her photo rules.

Usually during concerts, groups who have a media pass are allowed to take photos for their publications or for promotional purposes for 15 minutes (or three songs) at the start of the performance. After the normal period was given for opener LunchMoney Lewis, Kesha only allowed a single photographer to be there for the performance.

According to Assistant Director Student Activities and Involvement Richard Mahler, there was an incident at her previous concert in the Tampa Bay area that caused her to change her mind. No further information was given from Kesha’s management or local media who were at the other concert.