He was a potential recruit back in 2013. 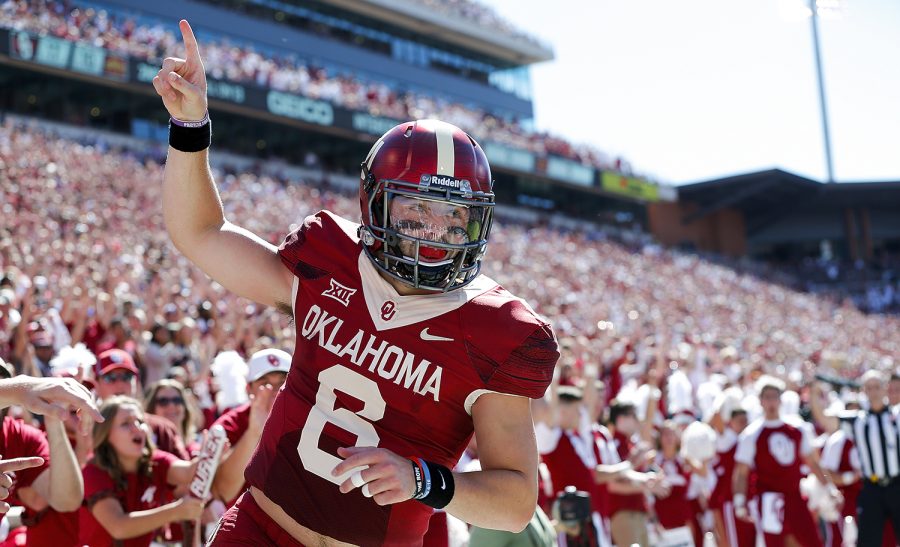 Quarterback Baker Mayfield has been leading the eighth-ranked Oklahoma Sooners to a potential Big 12 title and a national championship in college football, but in August of last year, the player said that he could’ve played for FAU.

According to ESPN, while he was getting recruited by NCAA teams in high school in 2013, Mayfield passed up a scholarship opportunity to play for FAU and instead chose to walk on for Texas Tech. Mayfield said he thrives off criticism and people underestimating him.

“I easily could’ve gone to a place like Florida Atlantic, but my dad pushed me to realize that my dream was to play somewhere big,” Mayfield said.

He is considered a strong candidate for the annual Heisman Award, which is handed to the best college football player as voted by 870 sports journalists, former winners of the award and fans.

In 2013, he was considered an undecided three-star recruit from Austin, Texas. FAU was looking to recruit him alongside conference rival Rice and PAC 12’s Washington State.

After walking on as a freshman at Tech in the same year and winning the Big 12’s Offensive Player of the Year Award, Mayfield then moved to Oklahoma, where he currently has 2,628 yards of passing and 23 pass touchdowns. He also has four rushing touchdowns.

Nate Nkumbu is a staff writer with the University Press. For information regarding this or other stories, email [email protected] or tweet him @FoureyedNate.