Women’s Soccer: FAU falls to No. 7 Florida in overtime in season opener

Gabby Seiler converted the game winning penalty kick to seal the win for the Gators. 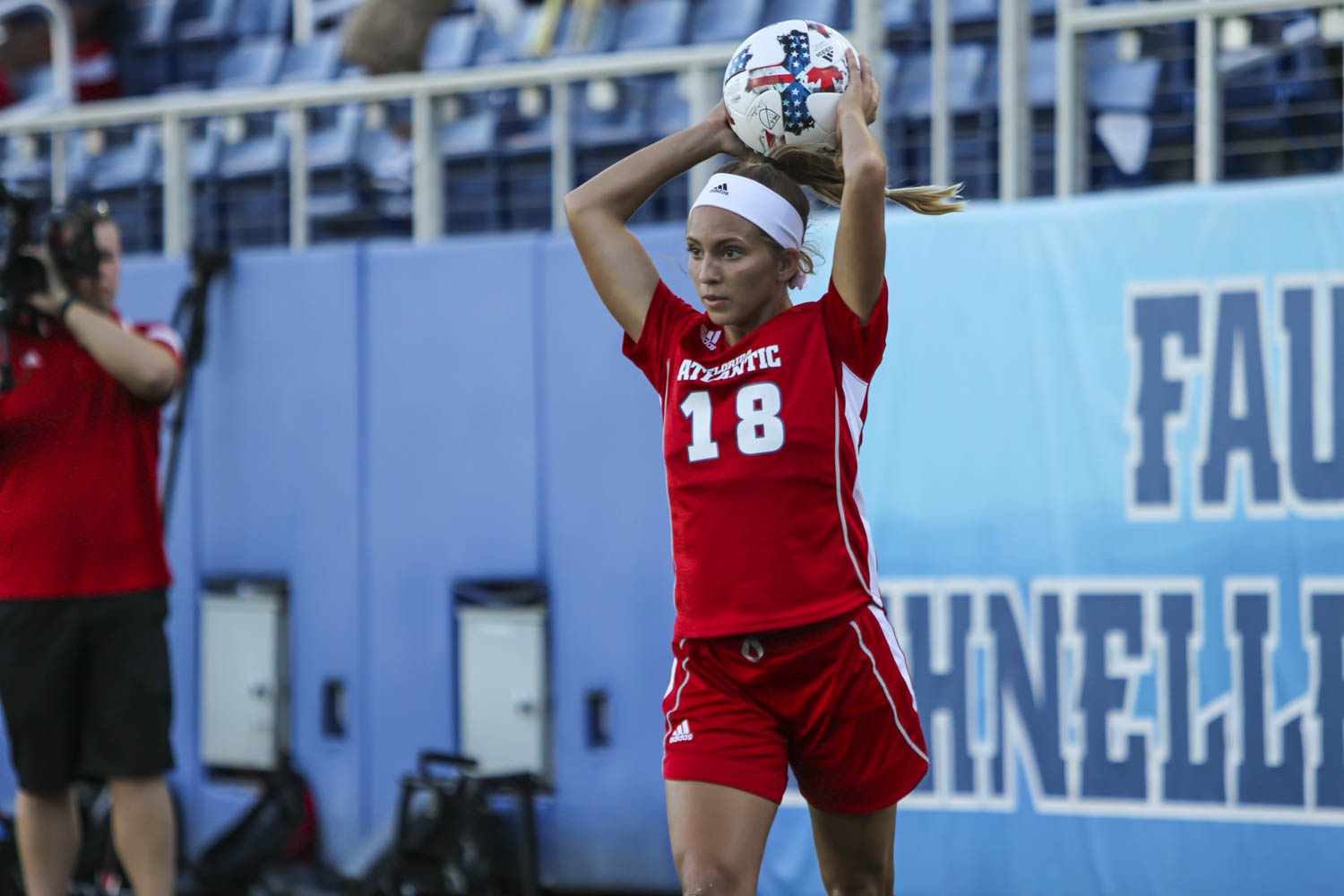 FAU women’s soccer fell to No. 7 Florida 1-0 after an overtime penalty kick Friday at FAU Stadium in Boca Raton.

After playing to a scoreless draw in regulation, a penalty kick decision went the Gators after the referee deemed Madison Alexander was illegally brought down in the box. Gabby Seiler stepped up and converted the game winning penalty.

The Owls began the game by threatening to score first, as sophomore Elisha Holmes shot just five minutes into the game was cleared on the goal line by a Florida defender. From there, Florida took control of the game and most of the possession, forcing FAU to play back..

The Gators had eight shot on goal compared to just one for FAU in the period.

The Gators’ best chance to score came right on the brink of halftime, as Mayra Pelayo’s header from a corner kick forced a save from redshirt junior Jennifer Ocampo. It was Ocampo’s fifth save of the half.

It was more of the same in the second half, and Florida came close to opening the scoring once again. With 25 minutes left in the game, Florida’s Sarah Troccoli found herself one-on-one with Ocampo, but the Pembroke Pines native would not concede and saved Troccoli’s effort.

With a about a minute and a half remaining, the Gators had one more opportunity to steal the win at the end of regulation, from a free kick just outside the goal box. The attempt was blocked by the Owls.

“We can take away a lot from this game,” FAU head coach Patrick Baker said. “We’re disappointed with the loss because you don’t get these moments often… In this great venue in front of this great crowd, you had them right where you wanted them on overtime.”

“Overall, if we can build from this, we can be a really good team,” Baker continued.

For the game, the Gators had a total of 14 shots, while the Owls finished with just two.

Ocampo finished with nine saves on the night, but despite not being able to get a hand on the penalty kick, received praised from her head coach.

“[Ocampo] has been a really good secret,” Baker said. “It was awesome to see her play as well as she did because she is good and it’s her time to shine.”

The Owls return to the pitch on Sunday, Aug. 20 when they host St. Francis at FAU Stadium. The game is set to kick off at 1:00 pm.