Despite not releasing a studio album in a decade, rapper Yung Joc will headline this year’s bonfire concert. 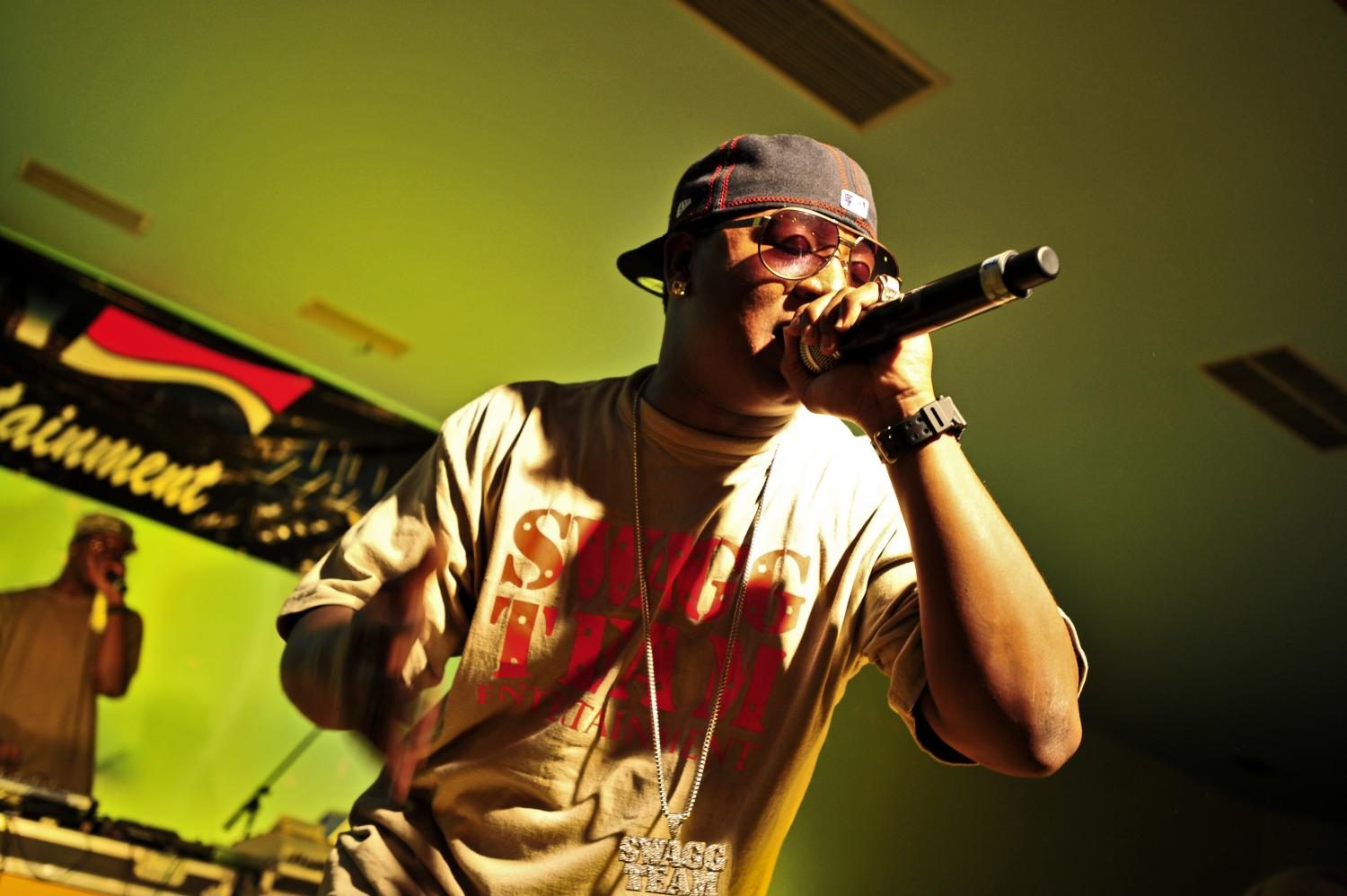 Yung Joc performs for military members at a U.S. naval base in Africa. Photo courtesy of Wikimedia Commons

The headliner for the 10th annual bonfire concert has been announced, and FAU decided to go with someone even more irrelevant than past acts: Yung Joc.

If any of you had the same reaction I did when I heard this, you most likely blurted out, “What? Why?” And I’m guessing younger students asked themselves, “Who?”

As a 25-year-old college senior, I remember Yung Joc’s heyday. It was 2006, the summer before freshman year of high school started, and you couldn’t go a day without hearing his hit single, “It’s Goin’ Down.”

The song was a massive hit, and full disclosure, I used to listen to it all the time. Whenever MTV had music videos playing, I would see Yung Joc cruising down the streets of Atlanta in a Cadillac.

But now it’s 2017, and Yung Joc, real name Jasiel Amon Robinson, hasn’t exactly stayed busy. Let’s look at a couple reasons why this is one of the strangest and most irrelevant artist choices FAU could have made.

Yung Joc’s best known songs, ‘It’s Goin’ Down’ and “I Know You See It” were both released in 2006.
Translation: Since incoming freshmen were born around 1999, they were just seven years old when Joc’s biggest hits were on the charts.
The rapper has only released two studio albums, one in 2006, one in 2007. He also released an exclusively online mixtape in 2009.
Translation: He’ll either play really old material that nobody remembers, or brand new material nobody knows.
Apart from releasing two singles in 2014, he’s spent the last three years starring in VH1 reality TV shows. You can catch him on “Love & Hip Hop: Atlanta,” as well as “Leave It To Stevie.”
Translation: It looks as if he’s spent more time starring in reality TV than touring and writing new music.

I understand it’s costly to book someone more popular as FAU’s budget is much smaller than schools like the University of Florida and Florida State University that have more funding.

And it can be difficult to get out-of-state artists to travel all the way down here for one show.

The thing is, there are plenty of established rappers and bands that live right here in South Florida.

Rappers like Kodak Black, Lil Pump, Denzel Curry, and Pouya have all made it big and are from South Florida. Popular rapper XXXTentacion made a surprise appearance for fans on FAU’s Boca campus this week, prompting some students to wonder why Yung Joc was chosen at all. 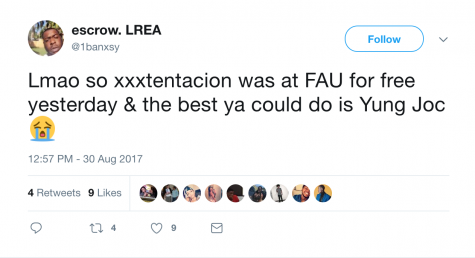 For the bonfire’s 10-year anniversary, you’d think the university would try to bring one of the strongest musical acts to date. Instead, this is setup to be the weakest choice yet.