The student was first contacted through an Instagram direct message. 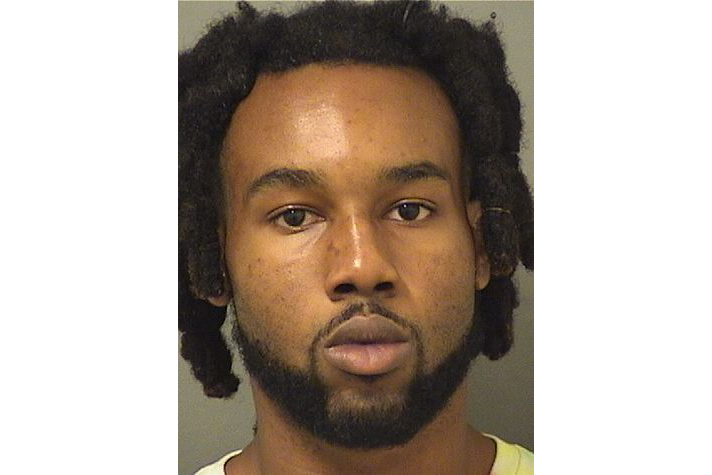 When FAU student Damian Francois direct messaged a female student over Instagram on Jan. 19, 2016, he didn’t want to hang out or hook up — he planned to clean out her bank account, FAU police records said.

The former Boca campus rec center employee was arrested on July 20, 2017. He is facing fraud and grand theft charges, according to online court records and the Palm Beach County Sheriff’s Office. Francois told the student he could get her a free loan with her bank, but instead drained her account of all its money.

University police filed subpoenas for cell phone records between the suspect and victim and found enough evidence to arrest Francois. He was positively identified after the victim was shown a photo lineup, according to FAU police records.

On Feb. 6, 2016, university police officer William Hernandez responded to the school police department, where he met the victim. According to FAU police, the female student told Hernandez that she was a victim of a fraud incident.

She alleged that another student set her up for fraud and that she could prove it through records of their communication, police records said.

Francois asked the victim via Instagram if she was interested in making some extra money. FAU police records state that he told her he knew a way to manipulate her bank, Citibank, into giving her a free loan of over $3,500 – $6,200.

The victim sent text messages and emails with her personal financial information to Francois and another unnamed suspect, according to university police. Francois assured her that the loan would be in her account in a few days.

Francois and his associate withdrew $1,420 in cash from various ATMs, FAU police records show. The victim contacted the suspects when she checked her account, which had a negative $800 balance.

The suspects began ignoring the victim’s text messages and phone calls and blocked her from their social media accounts. After a few days of being ignored, she made contact with FAU police to file a report on Feb. 6, 2016.

The University Press found records of a separate grand theft charge filed against Francois on April 8, 2016, alleging that he stole an iPhone 6 while working in the rec center.

The unidentified suspect’s identity and arrest records are currently unavailable to view. Francois’ bonds totaled $6,000 and he was released on July 20, according to the Palm Beach County Sheriff’s Office.

He has a court date set for Aug. 24 at Palm Beach Court’s main courthouse at 205 N. Dixie Highway.

Francois is not allowed on FAU or Citibank property and can not make contact with the victim or co-defendant.