FAU Stadium has a strict policy about banners being brought to a match. 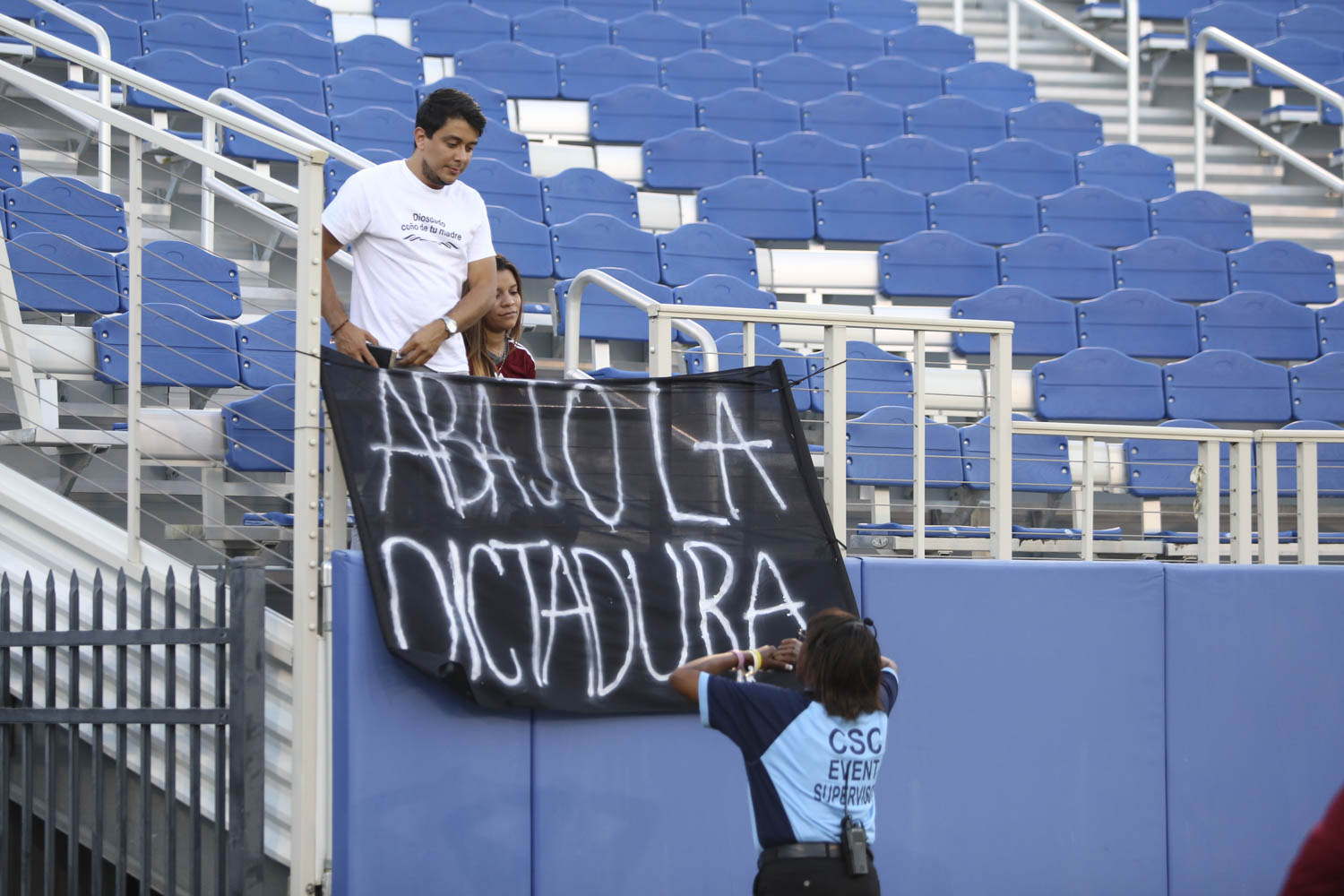 A sign that reads "Down with dictatorship" in Spanish is removed by an event supervisor during the match between Venezuela and Ecuador. Photo by Alexander Rodriguez

A group of a little more than 5,000 people came together last Thursday night at FAU Stadium to watch Venezuela and Ecuador face off in a friendly match.

As fans from the Venezuela team gathered together, they brought banners that mentioned the socioeconomic crisis that’s currently taking place in Venezuela. Certain banners in Spanish read “Down with dictatorship” and “No more repression” with the Venezuelan President Nicolas Maduro’s face drawn on it with a red cross through his head.

Thirty minutes before the match started, an event supervisor went to a Venezuelan fan with a banner that said, “Down with dictatorship” and told the fan that the banner must be taken down and put away. Twenty minutes into the first half of the match, the other banner that read “No more repression” was taken down by FAU police.

What most fans don’t know about the FAU Stadium policy is that once the stadium is rented out by another party, the stadium becomes private property. Therefore, the organizers of the event can control and give the right to tell you what is appropriate and what is not during the event.

Alexander Rodriguez is the photo editor of the University Press. For information regarding this or other stories, email [email protected] or tweet him @AARodriguezz93.