International Soccer: Venezuela and Ecuador play to a tie at FAU Stadium

Both teams struggled to find a winner in the international friendly. 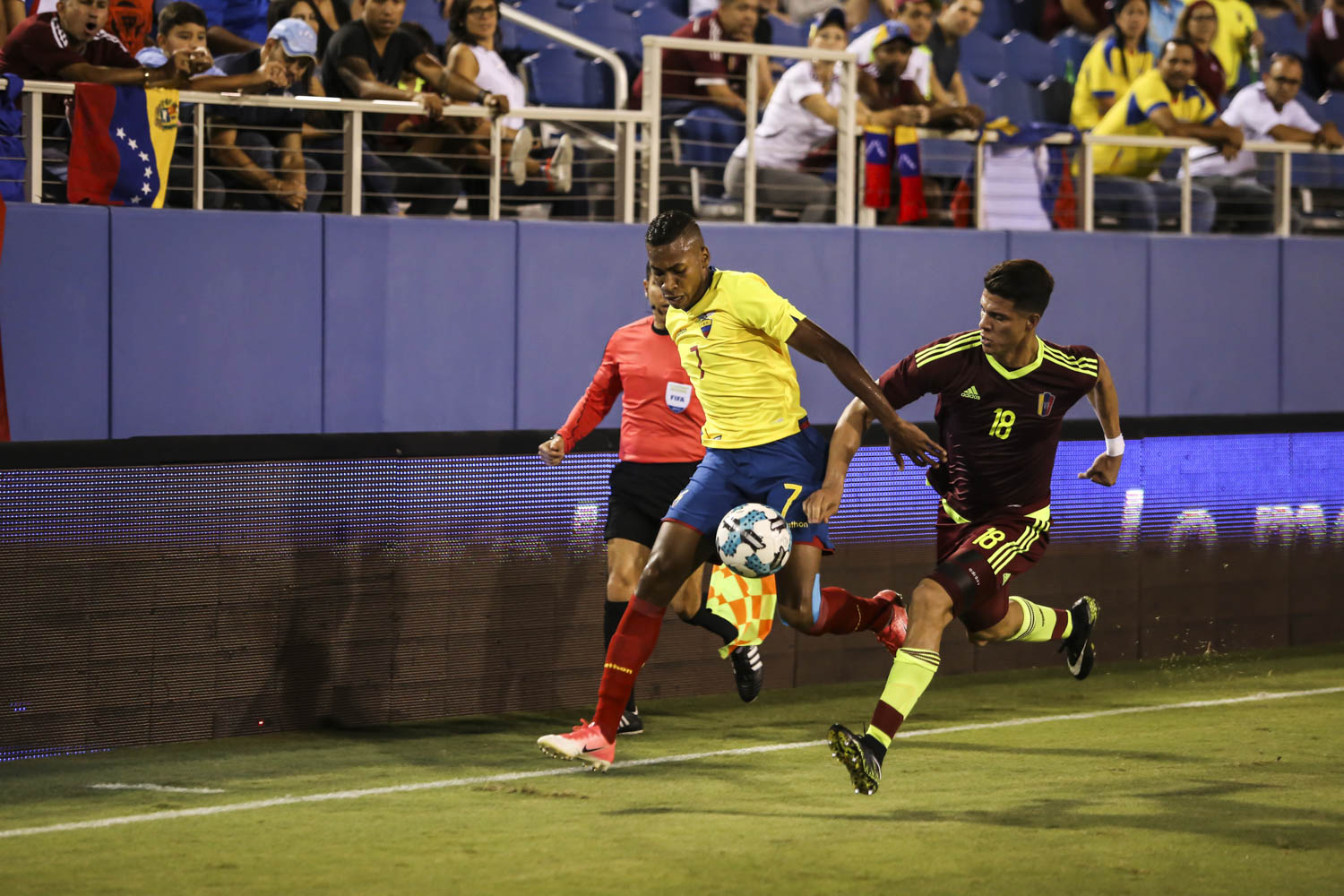 FAU Stadium played host to Venezuela and Ecuador last night in an international friendly which ended in a 1-1 draw.

In the 18th minute, Ecuador received its first yellow card of the match for an aggressive play by Ecuadorian player Matias Oyola.

Ten minutes later, Ecuadorian player Juan Cazares crossed the ball from the left side of the field toward the net hoping that another teammate would get it. Instead, Venezuelan player Mikel Villanueva tapped the ball into his own net to give Ecuador a 1-0 lead.

Venezuela’s Junior Moreno scored three minutes before halftime to tie the game at one a piece.

The second half of the match proved to be an aggressive one, with three more yellow cards, two for Venezuela and one for Ecuador. Venezuela’s Arquimedes Figuera received the game’s lone red card in the 75th, capping off the physical game.

Neither team was able to get a goal in the second half.

Ecuador will have another friendly game June 13 against El Salvador at 9 p.m.while Venezuela’s next match will be on Aug. 31 against Colombia in the CONMEBOL World Cup Qualifiers.

Alexander Rodriguez is a contributing writer with the University Press. For information regarding this or other stories, email [email protected] or tweet him @AARodriguezz93