Opinion: Hasan Minhaj is the future of stand-up comedy

“The Daily Show” correspondent weaves together technology and personal insights into his childhood in his new Netflix original special. 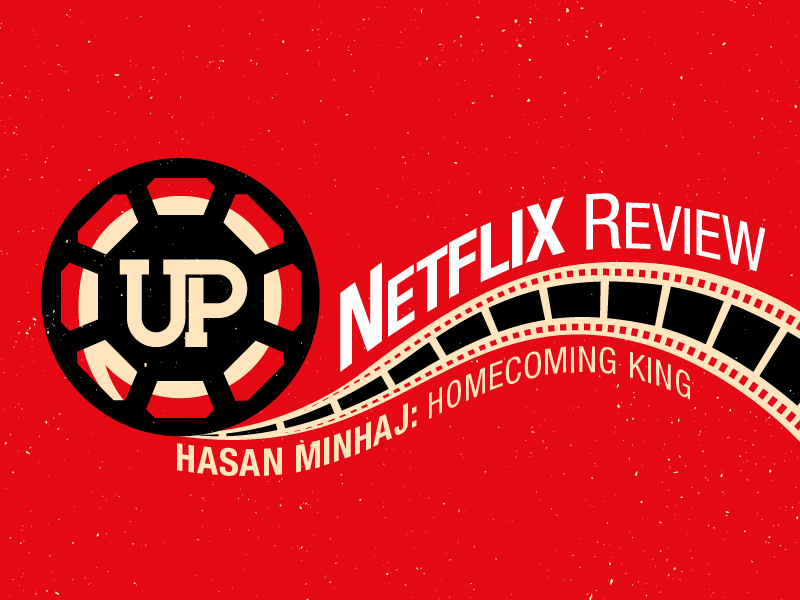 Stand-up comedians should be worried after watching “Hasan Minhaj: Homecoming King.” The bar has officially been raised.

Chances are you haven’t seen Minhaj’s stand-up act yet as this is his first special, but he is known to most people as being one of the correspondents of “The Daily Show” since 2014.
Hottest comedy style
In the Netflix original, Minhaj relies heavily on storytelling. Many popular comedians, like Mike Birbiglia, Louis C.K. and Bill Burr, have propelled themselves to fame by sharing with the audience details of their daily lives.

This style of stand-up, known as anecdotal comedy, is the most popular form of comedy out right now and has allowed comedians like Kevin Hart to connect with his audience at such a personal level that he was able to sell out a football stadium of over 53,000 people. 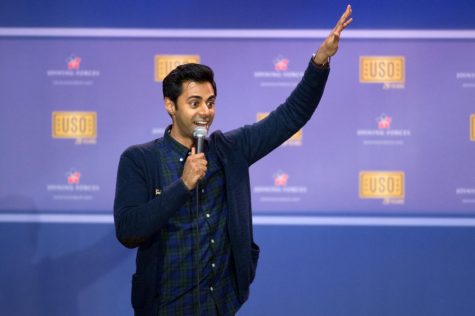 Stand-up comedian and “The Daily Show” correspondent Hasan Minhaj performs at the U.S. Air Force’s Joint Base Andrews in Washington, D.C. in May 2016. Photo courtesy of Wikimedia Commons

Using tech to tell stories
Minhaj embraces this comedic style in his new special and makes it his own. A collection of screens behind him assists Minhaj during his jokes. The screen plays graphics related to the topic he is covering and occasional audio cues will chime in at the perfect time.

The way Minhaj is able to tell his story is both unique and memorable. He’s able to mix comedy with technology with heart-wrenching stories about racial prejudices he endured while growing up in Davis, California.

Sometimes during serious moments of his act, the camera will get close to Minhaj and he speaks directly into it. This is a technique rarely used nowadays by stand-up comedians, but Minhaj owns it. When he speaks into the camera, you feel the impact of the statement he’s making and it feels as if he’s talking directly to to you.
The immigrant story
Minhaj’s stand-up focuses around being a child of Indian immigrants and what it was like growing up in America during the 1990s. While he talks about topics that have been touched upon numerous times in stand-up comedy, it’s all done in a new, fresh way, making his material never feel old or re-used.

His speech pattern leaves you yearning for his next word. You never know when he’ll turn a story on its head and have it suddenly become a serious or awkward situation about discrimination. He can also do the opposite and quickly diffuse a tense moment he’s created with a barrage of jokes.

“Hasan Minhaj: Homecoming King” is the perfect stand-up special for college students. Filled with current references aimed at millennials, his style and flow are a force to be reckoned with — and I can’t wait to see what he does next.