The Scripps Research Institute, FAU Tech Runway and the Harriet L. Wilkes Honors College were among the organizations affected by Gov. Rick Scott. 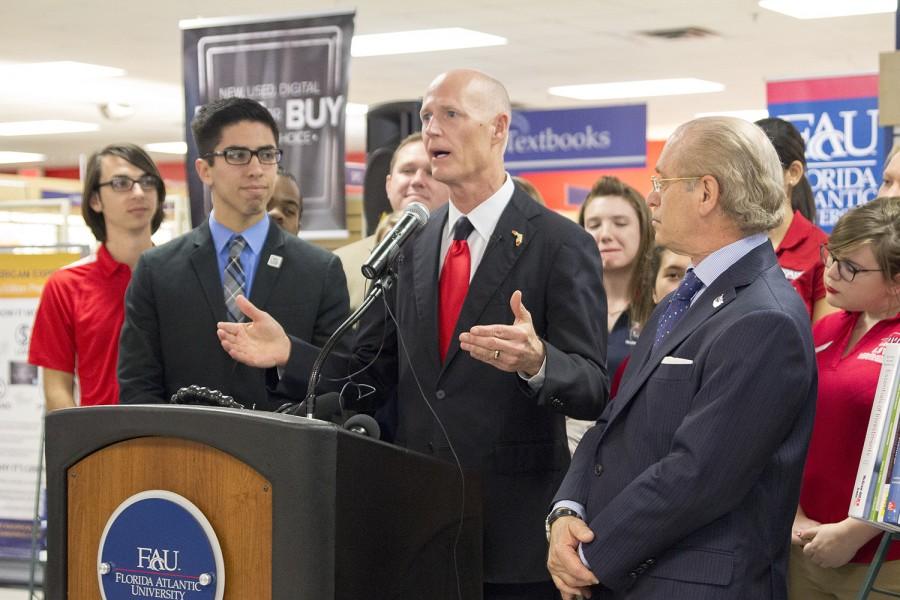 A collective $5.3 million, which was allocated to various university projects, was cut according to myPalmBeachPost.

The governor’s spending plan veto cut $2 million for a drug research partnership with The Scripps Research Institute, $1.1 million for a scientific fellowship program at the Max Planck Florida Institute for Neuroscience and $1 million for the Harriet L. Wilkes Honors College.

The FAU Tech Runway website states that the program houses start-up companies in a 28,000-square-foot workspace. Since 2014, 29 start-ups have been launched and given the chance to mentor and fund their companies within the program.

The division helps to “accelerate technology development” and has created over 239 jobs while raising about $27.3 million in both capital and sales revenue.

This isn’t the first time that Tech Runway has faced cuts. In 2015, the Sun Sentinel reported that the program lost $1 million due to budget cuts from Gov. Scott.

Broward and Palm Beach lawmakers had more than a third of their project budget cut, according to the Sun Sentinel. However, those cuts only represent 9 percent of the $409.2 million in collective budget vetoes.

Other projects that were cut from the state budget included a $3 million road expansion project for Lake Worth and and $5 million cut for a science, technology, engineering and mathematics (STEM) curriculum for Florida International University.

Kerri-Marie Covington is the managing editor of the University Press. For information regarding this or other stories, email [email protected] or tweet her @kerri_marie23.