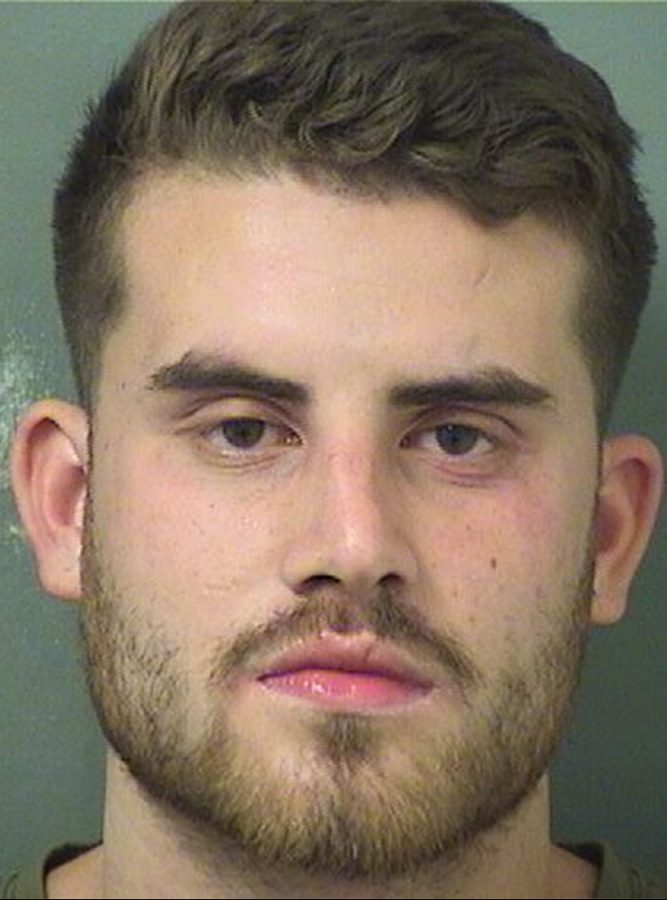 Editor’s note: This article has been edited for clarity.

While other residents of Innovation Village Apartments were leaving for summer break Friday night, one was with her boyfriend while he was using a fire extinguisher on the second floor, causing enough damage to evacuate the building, according to FAU police records.

A student resident and her boyfriend Joshua De Paula, who is not an FAU student, were arrested late Friday night for an alleged battery on Lieutenant John Mammino.

FAU police officer Gael Gassant responded to the second floor of IVA at 1:10 a.m. to a fire alarm. When the officer arrived at the evacuated building, there was a “large amount of smoke, and a used fire extinguisher on the floor,” FAU police records state.

FAU Communications reviewed surveillance footage of the second floor and observed De Paula “maliciously and willfully” activate a fire extinguisher, causing the building to evacuate, according to police records.

FAU police officers Gassant and Mammino later made contact with De Paula on the first floor stairwell while students were being let back into the building. Police records state that De Paula became violent and intentionally struck Lieutenant Mammino on the neck.

When the officers attempted to handcuff De Paula, he refused to put his hands behind his back, did not obey verbal commands and tensed his arms while being handcuffed. According to police records, the three then fell to the ground. The report states that they “wrestled with De Paula on the ground for several minutes.”

According to FAU police, Gassant subsequently dry stunned De Paula on the back of his right leg, which involves placing a taser directly against the body in order to cause pain but not incapacitate.

FAU police records state that the two were intoxicated during the incident.

De Paula was arrested for trespassing, resisting arrest without violence, battery on a police officer, and criminal mischief.

De Paula was transported to Palm Beach County jail. His bond was set at $3,000.

Joe Pye is the news editor of the University Press. For information regarding this or other stories, email [email protected] or tweet him @jpeg3189.